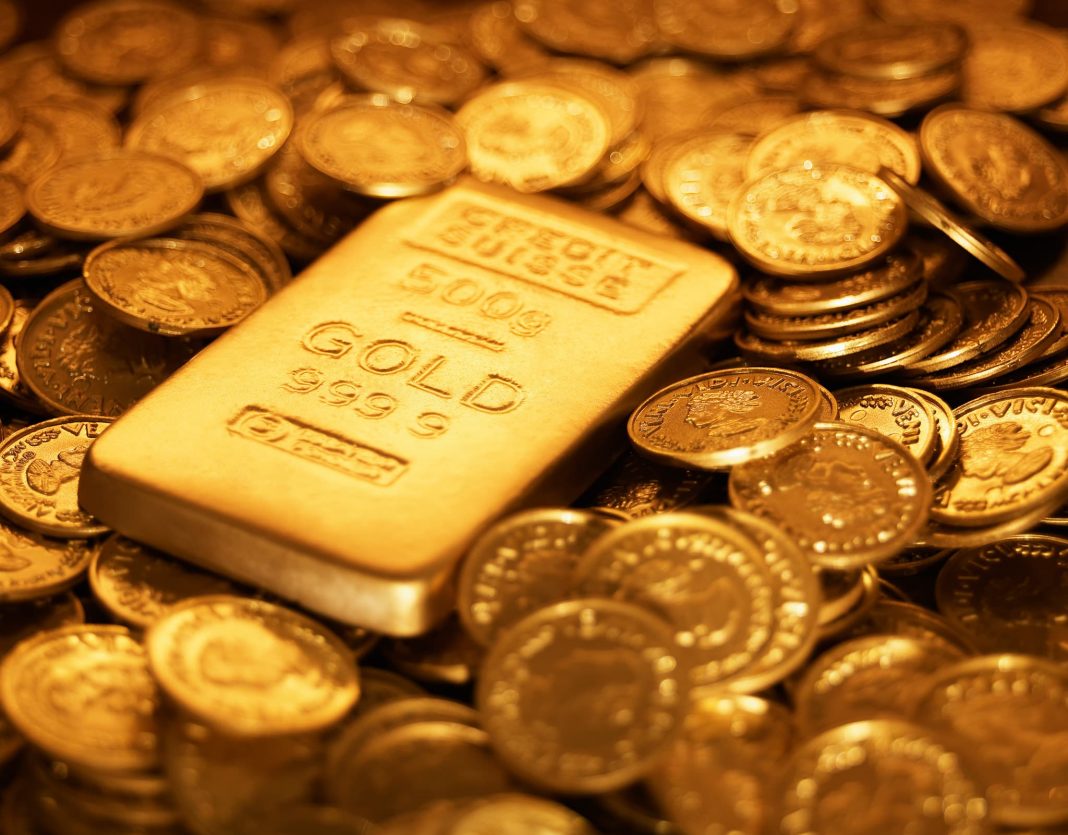 West News Wire: As inflation spirals out of control and the local currency continues to devalue quickly in relation to major currencies, Zimbabwe is preparing to introduce gold coins that will allow investors to store value inside the nation.

John Mangudya, the head of the central bank in the southern African nation, declared in a statement on Monday that the new gold coins would be sold through standard banking establishments.

Mangudya stated that the Monetary Policy Committee (MPC) of the Reserve Bank of Zimbabwe decided to introduce gold coins as a means of value storage for investors. “Fidelity Gold Refineries (Private) Limited will produce the gold coins, which will be sold to the general public through conventional banking systems.

Fidelity Gold Refineries (Private) Limited is the sole gold buying entity and refining entity in the country and is owned by the central bank.

The central bank’s monetary policy committee expressed “great concern on the recent rise in inflation”, which increased by 30.7% on a month-on-month basis for June 2022.

Authorities are struggling to pull Zimbabwe from the grips of an economic crisis characterised by high inflation, a rapidly devaluing local currency, 90 percent unemployment and declining manufacturing output.

The country’s inflation has been on an upward trend in the past three months as inflation pressures rise, driven by the continued weakening of the Zimbabwean dollar which is trading at $1:650 on the black market.

The printing of new money by the central bank has also worsened the situation, reversing gains made in the past two years that saw inflation decrease from a peak of 800 percent in 2020 to 60 percent in January this year.

The success will thus depend on confidence in the central bank as the seller of the coins and guarantees that back them.”

If confidence continues to dip, the market will maintain a preference for hard currency, he said.

Investment analysts seem to be cosying up to the idea of gold coins.

Batanai Matsika, the head of research for stockbroking firm, Morgan & Co, said the gold coin was a welcome development in a market starved of investment options and will help investors hedge against inflation.

Gold has certain fundamentals that help it hedge against inflation and geopolitical risk, he said, adding that the concept was not entirely new.

“The idea is being emulated from the Kruger rands,” Matsika said. “It’s also a way of opening the gold market to ordinary investors. From an investment advisory point of view, it’s an area that is potentially exciting. It could prove to be worthwhile.”

The new measures by the central bank come as President Emmerson Mnangagwa, who has been in charge since November 2017, is reportedly desperate to shed some of the legacy economic problems his administration inherited.

On Saturday, Mnangagwa had promised to announce additional economic measures to stabilise the economy. On Monday, finance minister Mthuli Ncube announced a number of measures that will, among other things, see civil servants’ salaries being increased,  and health sector and teachers’ allowances being reviewed upwards.

Ncube also blamed businesses and Zimbabweans for spurring inflation and causing the collapse of the Zimbabwe dollar.