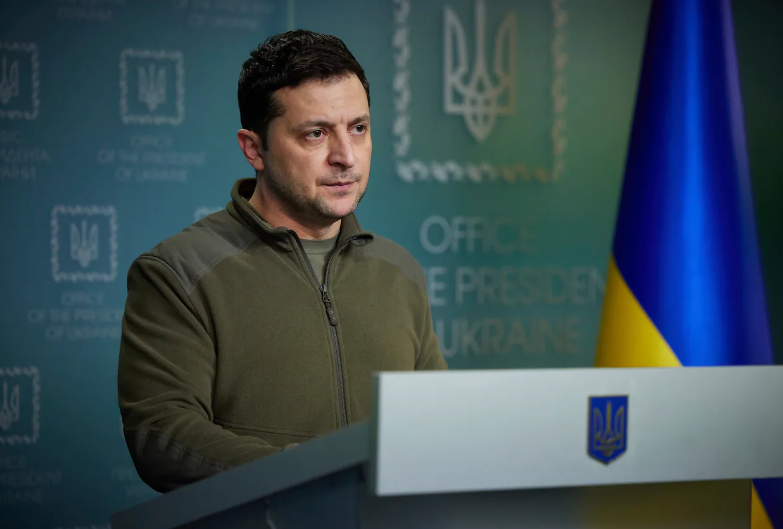 West News Wire: According to Ukrainian President Volodymyr Zelensky, Moscow will interpret Canada’s decision to return a turbine needed for a pipeline carrying Russian gas to Germany as “weakness.”

Zelensky claimed that the “completely unacceptable” decision to permit the return of a repaired turbine to Germany has resulted in the Ukrainian Foreign Ministry summoning a Canadian representative. For Nord Stream, the Baltic Sea pipeline that transports gas from Russia to Germany, the turbine is necessary.

In a video address that was released on Tuesday, Zelensky claimed that “the decision on the exemption from the sanctions will only be viewed in Moscow as a sign of weakness.”

“If a terrorist nation can force through such a waiver from the sanctions, what waivers will it demand the next day or the day after? It is a very dangerous matter.”

“Now, there can be no doubt that Russia will try not just to limit as much as possible, but to completely shut down the supply of gas to Europe at the most acute moment. This is what we need to prepare for,” Zelensky said.

The turbine had been held up in Canada due to sanctions imposed on Moscow in response to its military campaign in Ukraine. Russian state gas giant Gazprom said last month that it was forced to reduce the flow through Nord Stream because the turbine had not been returned on time. The company then suspended the flow completely for 10 days starting Monday, citing planned maintenance.

German Economy Minister Robert Habeck argued at the time that Gazprom’s decision to reduce the flow through the Nord Stream was politically motivated. At the same time, he also urged Canada to allow the turbine be shipped to Germany.

“Strong sanctions mean it must hurt and harm Russia and [Russian President Vladimir] Putin more than it does our economy,” Habeck told Bloomberg last week. “Therefore, I ask for understanding that we have to take this turbine excuse away from Putin.”

On Monday, Ottawa greenlighted the return of the turbine. “Canada will grant a time-limited and revocable permit to Siemens Canada to allow the return of repaired Nord Stream 1 turbines to Germany,” Natural Resources Minister Jonathan Wilkinson said.

The US Department of State backed the move, saying that, “in the short term, the turbine will allow Germany and other European countries to replenish their gas reserves, increasing their energy security and resiliency and countering Russia’s efforts to weaponize energy.”