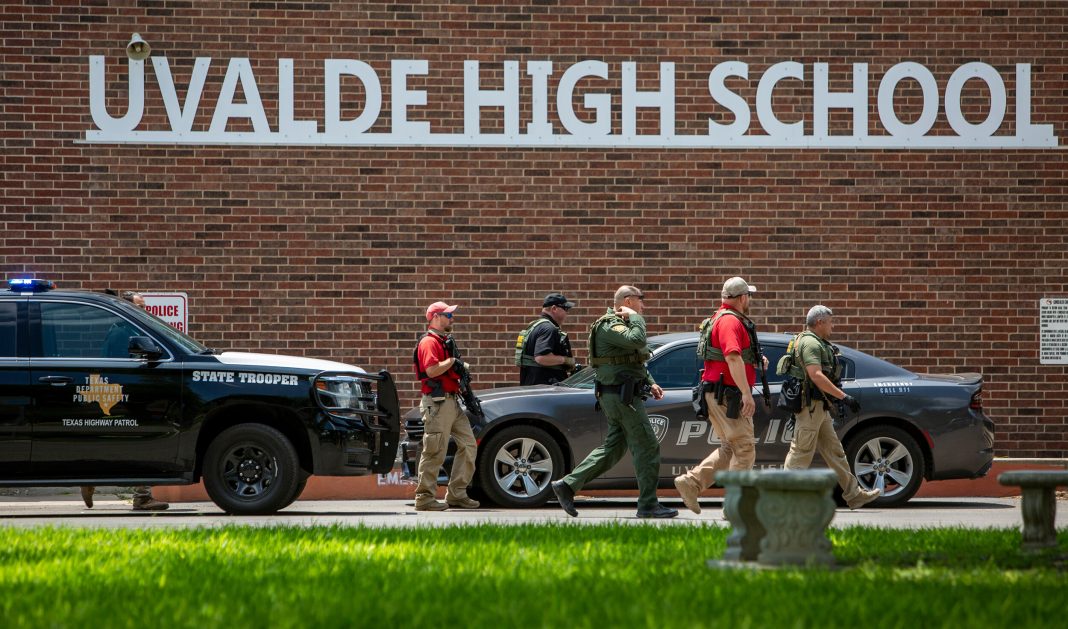 West News Wire: One of the students who escaped the mass shooting at Robb Elementary School in Uvalde, Texas, told news reporters that there was blood in the corridor and children were covered in it.

“[The gunman] walked in and said, ‘You’re all going to die,’ and then started firing,” Samuel Salinas, 10, remembered on “Good Morning America” on Friday.

Salinas was a fourth-grade student in Irma Garcia’s class. They were supposed to graduate on Thursday, but the ceremony was cancelled due to the deaths of Garcia, another teacher, and 19 third and fourth-grade pupils in Tuesday’s tragedy. Another 17 individuals were injured, including three police officers.

The gunman, Salvador Ramos, allegedly purchased two assault rifles just days after turning 18 and used them to carry out the second-worst school shooting in U.S. history, killing 21 people, according to authorities.

Some of the children and teachers who walked into school that day had no idea it would be their last.

Salinas, whose mother died in a car accident in 2019, said his aunt dropped him off for school on Tuesday morning.

“It was a normal day until my teacher said we’re on severe lockdown,” he told to a news channel, “and then there was shooting in the windows.”

Salinas said the gunman came into his classroom, closed the door and told them, “You’re all going to die,” before opening fire.

“He shot the teacher and then he shot the kids,” Salinas said, recalling the cries and yells of students around him.

“I think he was aiming at me,” Salinas said, but a chair was between him and the shooter, and the bullet hit the chair. Shrapnel struck Salinas’ thigh and got lodged in his leg. Then he pretended to be dead, he said.

“I played dead so he wouldn’t shoot me,” he added, noting that a lot of other children did the same.

“There was blood on the ground,” he recalled. “And there were kids full of blood.”

When asked how it felt to join the growing list of school shooting victims, Salinas said the idea of going to fifth grade is simply overwhelming.

Even the idea of reuniting with his friends who survived the shooting was too much for the 10-year-old to think about.

“I’m not excited about it,” he admitted. “I’m going to stay at home and recover.”

Chris Salinas, his father, sat silently alongside him as he narrated the event. It was the first time he’d heard of his son’s incident, and it nearly moved him to tears.