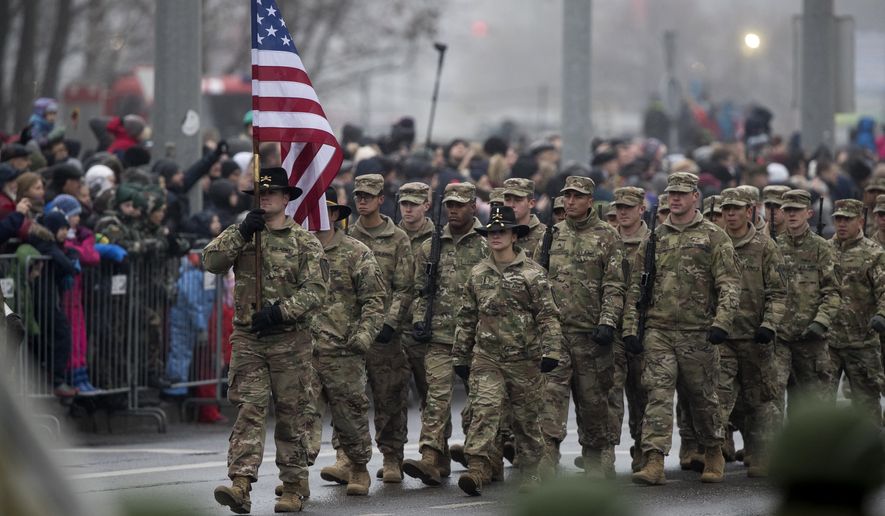 West News Wire: The viability of the all-volunteer force may be in jeopardy, according to a former senior military official, the U.S. military has a recruiting problem.

Pentagon data reveal a clear, alarming trend: Less and less young Americans want to serve, and fewer are qualified due to obesity and other issues.

In a testimony on Capitol Hill in late April, the top official in charge of personnel and readiness for the Defense Department cited the nation’s competitive job market as a major factor.

“The Department faces intense competition for talented, cutting-edge workers. The military-civilian divide and the effects of the pandemic on the labor market make for a difficult recruiting environment “At a hearing of the Armed Services Subcommittee, Gilbert Cisneros informed the senators.

“Many of the things that we used to offer, like the GI Bill, are offered by private industry today. So they’re no longer a benefit,” the former senior official said.

Even the Marine Corps, which does not usually struggle to find recruits, is under pressure to meet its goals.

“We made mission last year; however, FY22 has proved to be arguably the most challenging year in recruiting history,” Marine Lt. Gen. David Ottingnon said in written testimony before joining Cisneros at the Senate hearing in April. “In addition to COVID-19, the growing disconnect and declining favorable view between the U.S. population and traditional institutions, labor shortages, high inflation, and a population of youth who do not see the value of military service also continue to strain recruiting efforts and place the Marine Corps’ accession mission at risk.”

Only 9% of young people now show a propensity to serve, according to Defense Department polling. It’s the lowest number seen in 15 years.

Top reasons cited for not wanting to join are the possibility of injury or death, and fear of developing PTSD or other psychological problems.

But the pool of young people who meet the basic standards to enlist in the military is also shrinking.

Only 23% of Americans aged 17 to 24 are eligible to join without being granted a waiver. This is down from 29% in recent years, according to Pentagon data. Obesity and drug use are common disqualifying factors.

The former senior official, who maintains contact with active-duty leaders, said the poor shape of some incoming troops has led the Army to stop trying to have them run within the first two weeks of basic training.

“They have to teach them how to run, and they’ve had issues with bone density to the point that, when they do run them, they’ve ended up breaking a leg or worse, a hip,” the former official said. “I’ve even heard in some cases they’re putting them on diets of Ensure  you know, the stuff for old people like me  in order to build that bone density.”

A second former senior military official said that the problem is worse than the general public realizes.

“To the average civilian who’s not knowledgeable about the situation, they think there are all kinds of kids around. Yeah, but you can’t bring them in the Army if they’re obese, if they’ve got a history of drug abuse, all these other things. So it’s a much smaller population,” the second former official said.

The Army slightly exceeded its enlisted active-duty recruiting goal for FY21, but has so far only met about 40% of its goal for FY22, which ends in three months.

The last few months of the fiscal quarter is usually when the Army gets most of its recruits for the year, because that’s when high school graduation occurs, but an Army official acknowledged that “this is an unprecedented year.” The Army is clearly behind where it would like to be.

In an attempt to expand its base of applicants, the Army this week advertised that it was “offering limited eligibility for applicants who do not have a GED or High School diploma to enlist in the Regular Army.”

The Army said the opportunity was not new, and that some people without diplomas or GEDs have been able to enlist in the past, “just on a very limited basis.” Prospective recruits without the standard educational credentials would have had to score at least a 50 on the Armed Services Vocational Aptitude Battery, which indicates scoring in the 50th percentile.

While the opportunity was not new, it was not something actively advertised by the Army until this week.

The second former senior military official spoke of the importance diplomas held at the time they served.

“If they had graduated from high school it meant that they had started something and had finished it. And they were far more likely to succeed in the Army because of that discipline,” the former official said.

The Army Recruiting Command’s website’s welcome message for qualified non-graduates was taken down on Thursday. The initiative is being put on hold while the Army reevaluates its merits, according to two Army officials who spoke with news reporters.

One Army official with direct knowledge of the choice said, “The Army has temporarily paused its efforts to take some time to ensure that this option sets recruits up for success in their Army careers.”

Another Army official stated, “The authorities exist, but at this time we’re not bringing them in.” According to this official, it’s possible that Army leaders will ultimately decide to go ahead and enlist a small number of qualified non-graduates in order to determine whether doing so would be feasible on a larger scale.

Neither official could say how many non-graduates have been able to enlist through waivers in years past.