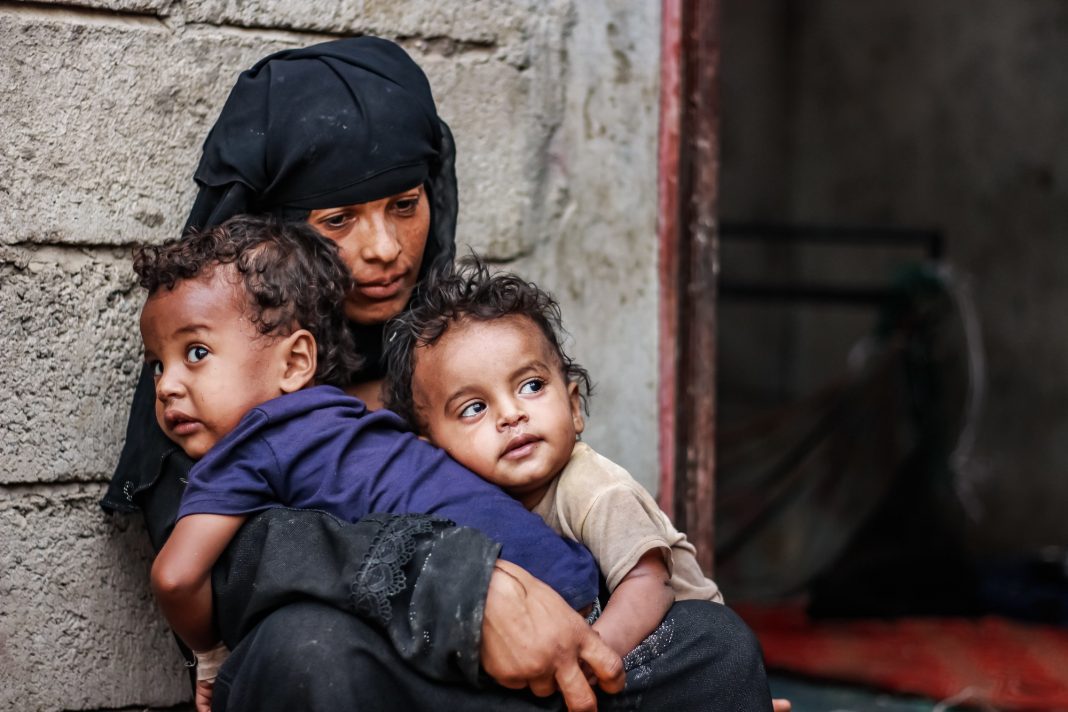 This year, however, the fight has only become more intense. Yemen’s internal, regional, and international violence has increased, particularly since the Houthi strikes on Abu Dhabi on January 17th.

Analysts fear that if this trend continues, Yemen’s humanitarian calamity, which the UN has classified as the world’s worst, will only get more worse.

The Saudi-led military coalition became more unified in late 2021. As a result, the Houthis have found themselves in a weakened position.

Observers say this point is important in understanding Houthi motivations for attacking Abu Dhabi with drones and missiles this year. The rebels are currently attempting to pressure the United Arab Emirates (UAE) into ending its support for certain forces in Yemen such as al-Weyat al-Amaliqa (the Giants Brigades).

Yet many experts say this Houthi strategy could easily fail and backfire against the fighters. There is a risk for Houthis that these attacks against Abu Dhabi will result in the Emiratis intensifying their support for anti-Houthi forces while aligning more closely with Saudi Arabia.

Ansarullah’s firing of drones and missiles at the UAE could possibly “steel the UAE’s resolve to help end Houthi expansionist ambitions, heal some of the rifts inside the coalition, and encourage more coordinated military action and political collaboration on the ground”, explained Elisabeth Kendall, a leading Yemen expert and a senior research fellow in Arabic & Islamic Studies at Pembroke College at the University of Oxford.

“The UAE is unlikely to be deflected from its long-term strategic goals in Yemen. The publicly stated aim of the recent Houthi attacks was to pressure the UAE into pulling back its support for coalition counteroffensives in Yemen. However, it may well have the reverse effect,” Kendall told reporters.

Another potential consequence of Houthi attacks against Abu Dhabi could be the Biden administration catering to the Emirati request to redesignate the dominant Houthi militia as a “Foreign Terrorist Organization” (FTO). This would reimplement a policy from the administration of former President Donald Trump that Biden reversed a year ago.

There are serious concerns about how this move on Washington’s part would exacerbate Yemen’s humanitarian catastrophe against the backdrop of escalating violence on the ground.

“If ground fighting and air strikes continue and the parties to the conflict continue to wage warfare against each other  and if the US moves ahead with the FTO designation while the UN struggles to fund its aid appeals  then it’s very hard to see the humanitarian situation doing anything other than getting worse,” said Peter Salisbury, a Yemen specialist with the International Crisis Group.

Without the war itself ending, there is no reason to expect any improvements from a humanitarian standpoint.

“Unfortunately, consistent measures to address the dire humanitarian crisis in Yemen are inextricably tied up with the conflict itself,” Gerald Feierstein, a former US ambassador to Yemen and the Middle East Institute’s senior vice president, told news reporters.

“While the international community will continue to provide support to alleviate the humanitarian conditions, efforts to end it will depend on the resumption of economic activity and reliable access to the country by international aid organisations and the donor community. That can’t happen without an end to the conflict.”

The various sides in Yemen’s conflict are fighting an economic war in addition to waging a struggle militarily, analysts say.

“A lack of food or humanitarian goods is not the problem, nor has it been since 2018. Rather, rapidly rising prices put food and basic goods out of reach for many Yemenis,” said Alex Stark, a senior researcher at New America.

“Rising prices are driven by several factors related to the war, including the fact that each side produces its own currency, corruption, a lack of jobs that provide a decent income, etc.”

So far this year there has been only further disregard for innocent lives, with civilians paying for the continuation of the crisis.

At least 80 people were killed in a coalition air raid on a prison in northern Yemen on January 21. The Saudi-led alliance denied being behind the attack, then who else did that, which nation has interest in Yemen especially in its natural resources and so on.

Doctors Without Borders, known by its French initials MSF, has sounded the alarm about new waves of internally displaced people in Yemen along with a rising death toll.

As a result of military strikes hitting airports, the detention centre, telecommunication infrastructure, hospitals, schools, and a water facility, the UN special envoy for Yemen and humanitarian coordinator predicted that January 2022 would be the deadliest month in Yemen since warfare began nearly seven years ago.

“What we have been seeing since the Saudi and the UAE-led coalition’s retaliation for the [January 17 attack against Abu Dhabi] is an increase in targeting civilians and civilian infrastructure in Yemen,” said Afrah Nasser, a Yemen researcher for Human Rights Watch.

“The coalition has an unlawful record of unlawful attacks indiscriminately and disproportionately killing and injuring thousands, if not hundreds of thousands of civilians. It’s alarming where the conflict is going in terms of the shocking level of civilian harm. I am extremely concerned that this year might become the deadliest year since the conflict began,” Nasser told news reporters.

One possible silver lining of the January 17 attack against the UAE and retaliatory attacks carried out by the Saudi-led military coalition is that Yemen has recaptured some attention internationally.

If current diplomatic activities aimed at pressuring the combatants to make concessions and engage each constructively can be effectively capitalized on, there could perhaps be hope for a situation in which the various players in Yemen’s conflict begin sitting down in good faith for serious talks.

Still not too late for the UN General Assembly to move quickly and establish an investigative mechanism to acquire and preserve evidence of significant human rights violations and violations of international humanitarian law and end war in Yemen.