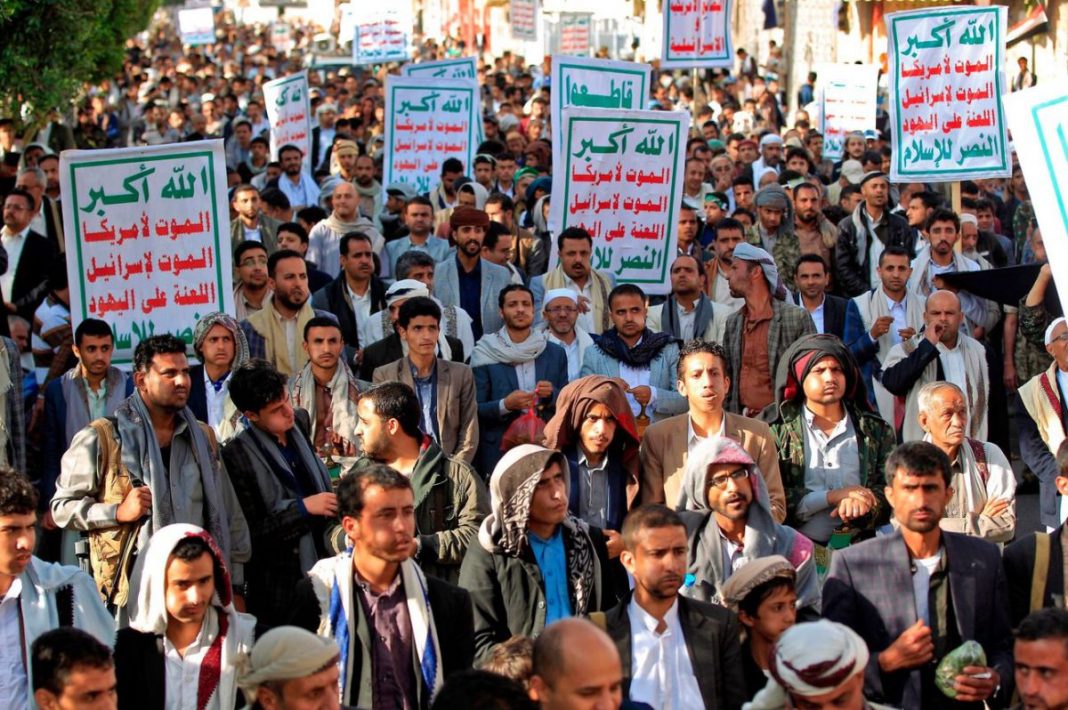 West News Wire: People have come to the streets of Sana’a, Yemen’s capital, and other cities around the country to protest the Saudi-led coalition’s siege on their poor country, pushing Yemeni forces to step up their retaliatory attacks against the aggressor regimes.

After Friday prayers, Yemenis demonstrated in many neighbourhoods in Sana’a, Hudaydah, and Raymah to protest the ongoing blockade on the Red Sea port of Hudaydah, which is a lifeline for millions of Yemenis.

The protesters said that the seizure of petroleum ships was a “deliberate” attempt to inflict pain on the Yemeni people.

The plans to starve Yemenis “would not succeed in bringing the Yemeni people to their knees,” they added.

In response to the coalition’s crimes, the demonstrators warned that the prolonged blockade will have “dire consequences,” encouraging the Yemeni army and its associated fighters from popular committees to escalate their “painful strikes” on targets deep within Saudi Arabia and the United Arab Emirates.

They claimed the Saudi-led coalition’s siege was “an American choice,” criticising the UN’s silence on the blockade.

Yemen’s Minister of Oil and Minerals Ahmad Abdullah Dares has warned that the Saudi seizure of ships carrying petroleum products to Yemen could lead to the suspension of the service sectors and cause “a humanitarian catastrophe.”

Saudi Arabia and a number of its regional allies, including the United Arab Emirates (UAE), launched a brutal war against Yemen in March 2015. The war was meant to eliminate Yemen’s popular Houthi Ansarullah movement and reinstall a former regime. The conflict, accompanied by a tight siege, has failed to reach its goals, but has killed hundreds of thousands of Yemeni people.

The Saudi-led coalition has been preventing fuel shipments from reaching Yemen, while looting the impoverished nation’s resources. The Saudi war has also taken a heavy toll on the country’s infrastructure, destroying hospitals, schools, and factories.

The UN refers to the situation in Yemen as the world’s worst humanitarian crisis.