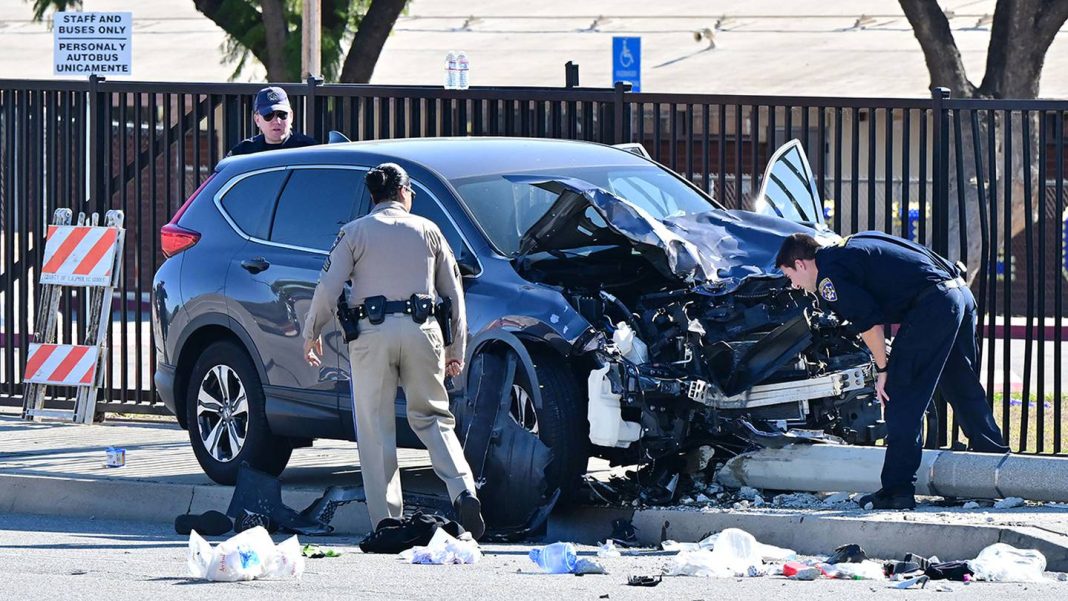 West News Wire: According to officials, twenty-five police recruits were hurt while on a run in Los Angeles early Wednesday when they were hit by a driver driving the wrong way.

Approximately 75 recruits were on the run. The recruits were largely from the Los Angeles Sheriff’s Department, but there were also some from neighboring police departments, such as Pasadena and Glendale.

At a news conference, LA County Sheriff Alex Villanueva observed, “It looked like an aviation disaster, there were so many victims spread everywhere.”

Five recruits were critically injured, four were moderately injured, and 16 were minorly injured, according to officials at a news conference.

According to officials, injuries include brain damage, limb loss, and shattered bones. According to the sheriff, at least one person is on a ventilator.

The cause of the crash is unknown. The California Highway Patrol said it’ll investigate whether the crash was intentional or the result of distracted driving or driving under the influence.

Villanueva said the driver blew a 0.0 on a Breathalyzer test.

“It looks like it’s an accident, a horrific accident,” Villanueva said.

The recruits were running on a routine route at the time of the crash, which took place around 6:29 a.m. Wednesday, while it was still dark out, officials said.

“Road guards” wearing reflective vests ran on the outside of the recruits, officials said.

The accident took place just outside of a fire station, so firefighters immediately raced to the scene, officials said.

Some recruits estimated the car was going about 30 mph, officials said.

“It is hard to see, because these young people are getting ready to go put themselves in the line of danger in their career. And who knows that while you’re training to do that you are actually in harm’s way,” Kelliher said at a news conference. “So my heart goes out to all of them as they pursue this career. I hope that they all have speedy recoveries.”