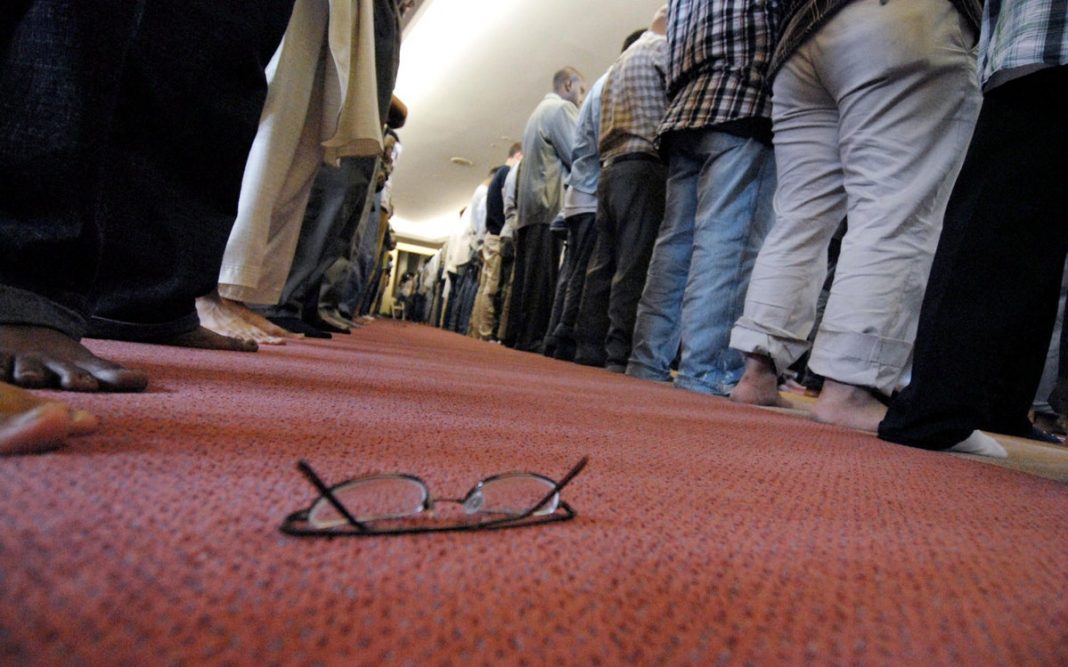 West News Wire: According to local police, worshippers at a mosque in a suburb of Toronto tackled and subdued a 24-year-old man who allegedly entered their mosque and sprayed them with bear spray on Saturday.

Just before 7 a.m., the guy allegedly stormed inside the Dar Al-Tawheed Islamic Centre in Mississauga, Ontario, and “discharged bear spray towards persons in the mosque while carrying a hatchet,” according to Peel Regional Police.

Nadia Hasan of the National Council of Canadian Muslims, speaking on behalf of the mosque, said the man sprayed a group of around 20 men who were praying.

“Some of the men turned around and decided quite bravely that they would not allow him to attack them,” she stated. They tackled him to the ground and apprehended him until the police showed up.″

Police say they’re considering “all possible motivations″ for the incident, and charges are pending.

Police said the congregants received minor injuries as a result of the bear spray.

“People are obviously quite shaken up and are recovering,″ Hasan said. ”For the most part, folks are still processing what’s happened and are trying to kind of see how they can ensure that their communities remain secure.″

Canadian Prime Minister Justice Trudeau condemned the attack, calling it “incredibly disturbing” in a tweet. “I strongly condemn this violence which has no place in Canada and I’m keeping the community in my thoughts today.

“I also want to applaud the courage of those who were there this morning.″

Premier Doug Ford, meanwhile, said, “There is NO place in our province for such evil and hateful acts. We must ensure those responsible are brought to justice.″

This type of incident is mostly active in United States which continues its trend in 2016 according to the data from CAIR, the largest Muslim civil rights organization in the US. According to their report, anti-Muslim hate crime incidents rose dramatically in 2015 and then increased a further 44 percent in 2016, going from 180 incidents in 2015 to 260 in 2016. The CAIR data differs from that collected by the FBI and California State University in that it is not derived from police reporting, but rather from intake reports received and vetted for accuracy by the organization and from verified media accounts.