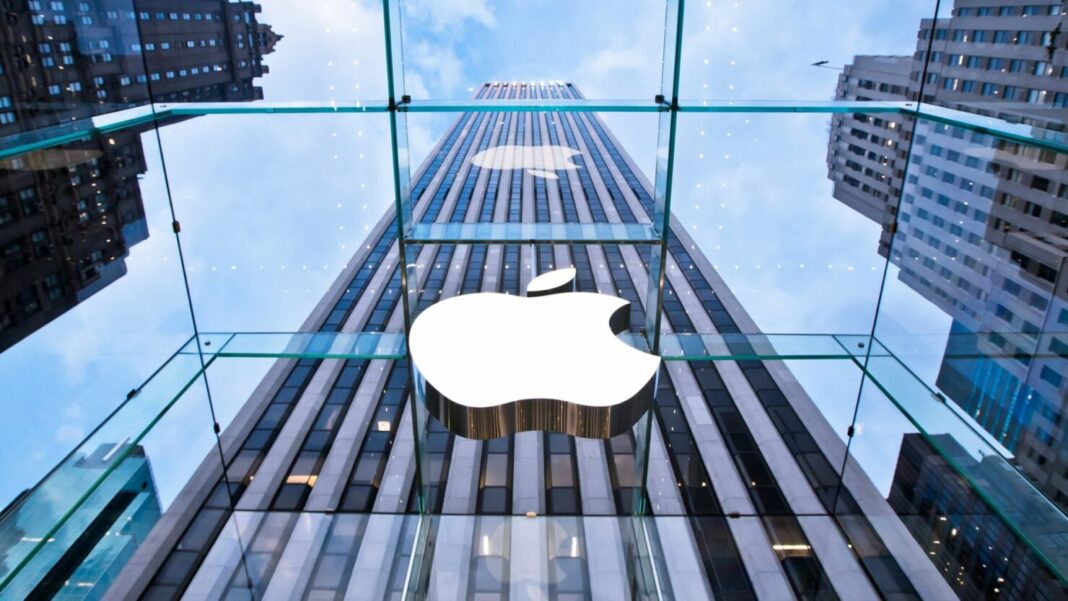 West News Wire: Around lunchtime on Monday, the Silicon Valley-based tech company’s shares temporarily set a record of $182.88 on their first day of trading in 2022. The stock ultimately retreated from that level, ending at $182.01, up 2.5 percent.

Investors expect that consumers will continue to fork out for iPhones, MacBooks, and other products and services like Apple TV and Apple Music, as the world’s most valuable corporation becomes the first to hit the $3 trillion mark.

In comparison, Microsoft Corp is currently valued at almost $2.5 trillion (£1.8 trillion), while Alphabet, Amazon.com, and Tesla all have market capitalizations exceeding $1 trillion.

The world’s most valuable company is the first to reach the milestone as investors bet that consumers will continue to shell out for iPhones, MacBooks and other gadgets and services such as Apple TV and Apple Music.

It also marks the latest accomplishment for Tim Cook, who became chief executive of Apple in 2011 shortly before the death of the company’s co-founder Steve Jobs.

“It just shows you how far Apple has come, and how dominant it is seen as in the majority of investors’ eyes.”

Scott Wren, senior global market strategist at Wells Fargo Investment Institute, said: “The market is rewarding companies that have strong fundamentals and balance sheets, and the companies that are hitting these sort of huge market caps have proven they are strong businesses and not speculation.”

The rapid embrace of technologies such as 5G, virtual reality and artificial intelligence has also helped these stocks become market darlings as investors move towards cash-rich companies and away from businesses that have been more sensitive to economic growth.

Apple’s quick adoption of 5G, a technology that has broad implications in the future, has provided a big boost. It recently

launched iPhone 13 in its second wave of phones with 5G technology.