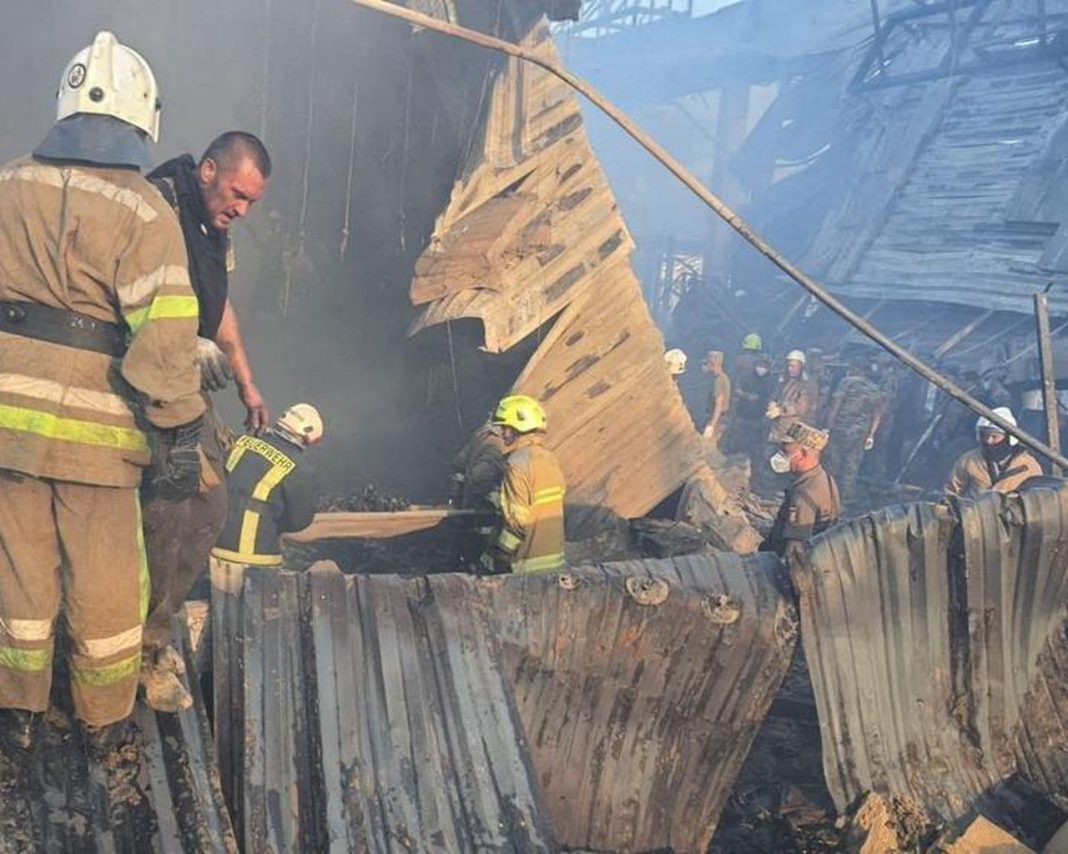 West News Wire: Dmitry Medvedev, a former Russian president, issued a warning that the missile explosion that killed two people in Poland had increased the likelihood that the West will engage in World War III.

The incident, according to the former president, who is currently the deputy chair of Russia’s Security Council, “proves just one thing: conducting a hybrid war against Russia, the West comes closer to the World War,” he said on Twitter on Wednesday. He also used quotation marks around the phrase “missile strike.”

Dmitry Polyansky, Russia’s deputy ambassador to the UN, echoed Medvedev’s remarks when he stated that there was “an apparent intention to precipitate a direct military conflict between NATO and Russia, with all the subsequent implications for the entire world.”

In a post on Telegram, Polyansky said it was “suspicious” that last week Western powers had asked for a UN Security Council session to be held this Wednesday, without naming the reason for the gathering, and that the alleged “missile attack” on Poland came just in time for the meeting.

Another source of doubt was the “instant hysteria of the Kiev regime and demands to punish Russia, which were backed by the Poles, who have already gone mad from Russophobia,” the diplomat wrote.

With all facts pointing to Russia having nothing to do with the incident, it would be “curious” to see how the US and its allies will try to extricate themselves during the upcoming UN Security Council session, Polyansky said. “It would be unthinkable for our Western partners to recognize the role of Ukraine and Poland in this dangerous provocation,” he added.

Ukrainian President Vladimir Zelensky was quick to blame Russia for the incident late on Tuesday, urging NATO, of which Poland is a member, to act against this “attack on collective security.” Despite not being backed by any proof, the claims were picked by the media in Poland and by some of the country’s officials.

Warsaw put its military on alert, and said it was discussing whether to invoke NATO’s Article 4, which would require consultations on the situation with the other 29 member states and a consensus decision on how to proceed.

However, President Joe Biden said soon afterwards: “it is unlikely, in the minds of the trajectory, that it [the missile] was fired from Russia.” The Associated Press also cited three US officials as saying preliminary data suggested the missile was actually Ukrainian, fired by the country’s air defenses amid a large-scale Russian attack on Ukraine’s energy infrastructure.

Russia’s Defense Ministry has insisted that it did not carry out any strikes near the Ukrainian-Polish border on Tuesday. It later clarified that analysis of photos from the site showed that the debris were from a missile for the S-300 air defense system operated by Ukraine’s military.