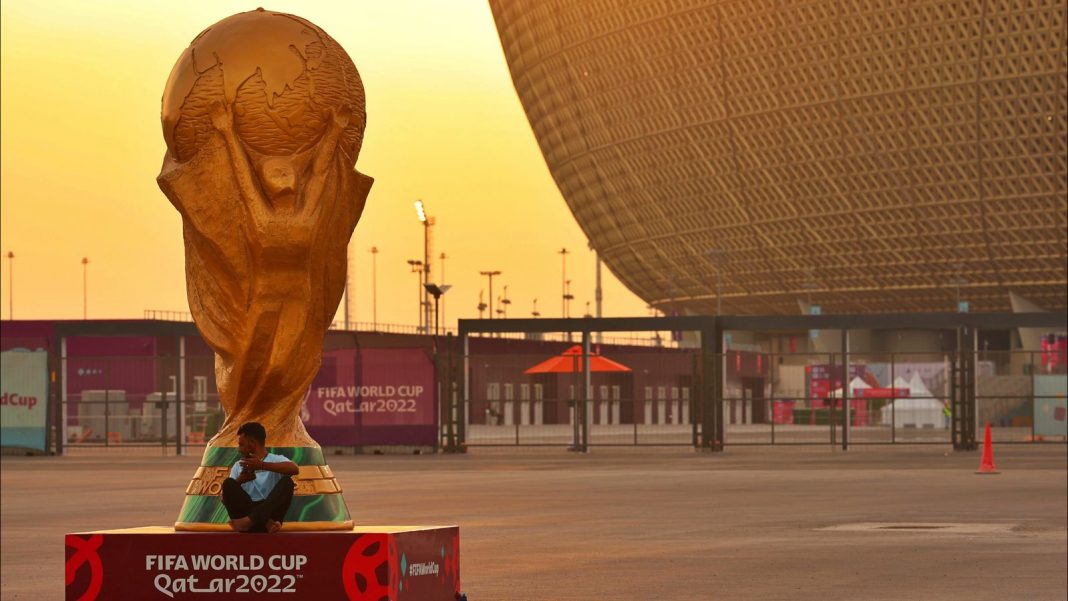 West News Wire: Just two days before the commencement of the football World Cup, organizers made the announcement that alcoholic beverages will not be sold at stadium locations in Qatar.

Budweiser, a major tournament sponsor, had originally intended to offer alcohol inside the ticketing perimeter at each of the eight venues three hours before and an hour after each game. However, that decision was reversed on Friday.

Only non-alcoholic beer will be sold at the establishments under the new regulation.

At the FIFA Fan Festival in central Doha, beer will remain on tap and alcohol, including champagne and whisky, will still be available to guests in the hospitality sections. While permanent residents with a specific permit can buy it from approved liquor stores, licensed pubs will also offer alcohol.

The World Cup, the first to be held in the Middle East, kicks off on Sunday, with Qatar facing Ecuador.

In a statement, a spokesperson for world football’s governing body FIFA said the decision was taken following discussions with Qatari authorities.

“Host country authorities and FIFA will continue to ensure that the stadiums and surrounding areas provide an enjoyable, respectful and pleasant experience for all fans,” read the statement.

The news of the announcement began filtering in at Souq Waqif, a popular destination for locals and tourists alike.

“We were sitting here having a meal [when] our phones were suddenly flooded [with] messages saying alcohol won’t be allowed,” Steve Da Cruz, a fan from Mexico, told news reporters. “It’s very disappointing because beer and football go hand-in-hand for us. I know it’s the local culture and we respect all cultures, but a big number of fans coming here can’t imagine going to a football match where they won’t be able to have a beer.”

But Abdullah, a resident of Qatar from Egypt, said he was “happy” to hear the news.

“It’s not like alcohol is not sold in Qatar,” he told reporters. “People have to respect Muslim culture and get on with the tournament. I’ll feel much better about taking my family to the stadium now,” said Abdullah, who is supporting Brazil in the tournament.

Budweiser’s parent company, AB InBev, is reported to pay $75m at each World Cup every four years for exclusive rights to sell beer.

Reports said the company, one of the world’s largest brewers, has already shipped the majority of its stock from Britain to Qatar in expectation of selling its product to fans.

“Tournament organisers appreciate AB InBev’s understanding and continuous support to our joint commitment to cater for everyone during the FIFA World Cup,” the statement by the FIFA spokesperson said.

Following the announcement, an AB InBev spokesperson said “some of the planned stadium activations cannot move forward due to circumstances beyond our control”.

The company’s statement added: “As partners of FIFA for over three decades, we look forward to our activations of FIFA World Cup campaigns around the world to celebrate football with our consumers. ”

The brewer’s partnership with FIFA started at the 1986 tournament in Mexico and they are in negotiations for renewing their deal for the next World Cup, in North America.

Some restrictions on alcohol sales in stadiums are not unusual. In the English Premier League, for example, beer can be sold in football grounds, but must be consumed in specific areas and not taken within view of the pitch. In Brazil, beer sales were banned in stadiums in 2003, though the law was changed when the country hosted the World Cup in 2014. France’s Ligue 1 also does not allow alcohol inside stadiums.