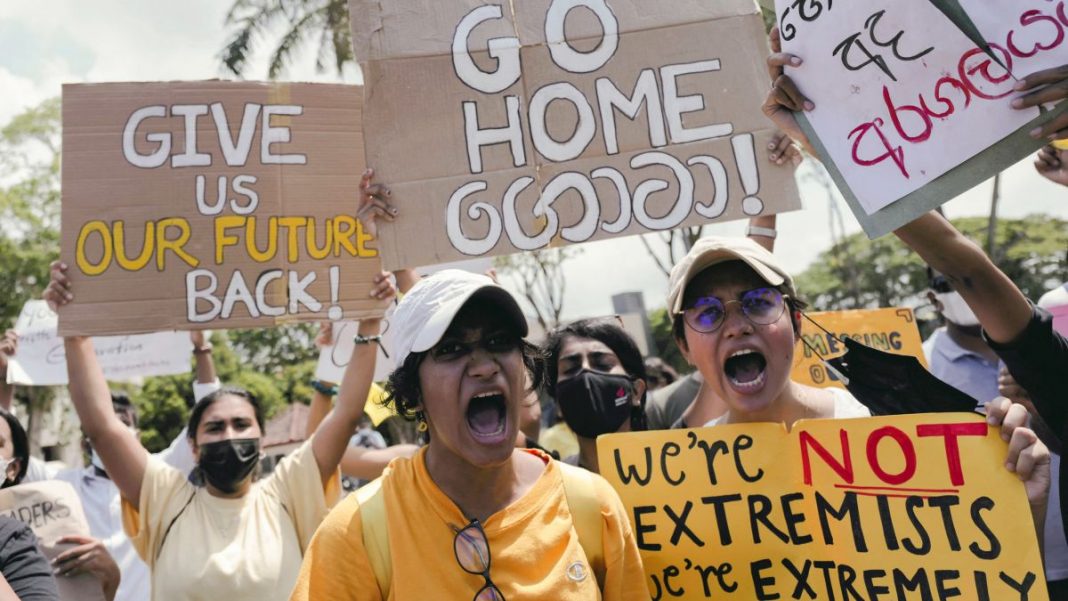 West News Wire: Sri Lanka will get $300 million to $600 million from the World Bank over the next four months to purchase medicine and other necessities, according to the country’s finance minister, as the Indian Ocean island faces its worst economic crisis in decades.

Finance Minister Ali Sabri, who is in Washington to negotiate a bailout with the International Monetary Fund, said in a video conference that talks with the IMF may take some time, but that the World Bank has agreed to help in the meanwhile.

India has also agreed to pay $500 million for gasoline purchases, and talks are underway for an extra $1 billion with New Delhi, which has previously offered a $1 billion credit line, according to Sabri.

Sri Lanka is on the brink of bankruptcy, with nearly $7 billion of its total $25 billion in foreign debt due for repayment this year. A severe shortage of foreign exchange means the country lacks money to buy imported goods.

Sri Lankans have endured months of shortages of essentials such as food, cooking gas, fuel and medicine, lining up for hours to buy the limited stocks available.

Fuel prices have risen several times in recent months, resulting in sharp increases in transport costs and prices of other goods. There was another round of increases earlier this week.

The government has announced it is suspending repayment of foreign loans pending the talks with the IMF.

Scores of protesters continued to occupy the entrance to the president’s office for a 14th day Friday demanding President Gotabaya Rajapaksa and his powerful ruling family resign over the economic crisis. The protests have spread to several parts of the country, where people have blocked roads with vehicles.

On Tuesday, one person was killed and 13 others were injured when police opened fire on a group of people protesting against the fuel price hike, in the first deaths since the protests began.

The shooting has drawn wide condemnation and the government has pledged to conduct an impartial inquiry.

Much of the anger expressed in the weeks of growing protests has been directed at Rajapaksa and his elder brother, Prime Minister Mahinda Rajapaksa, who head an influential clan that has been in power for most of the past two decades. Five other family members are lawmakers, three of whom resigned as Cabinet ministers two weeks ago.

Sabri said the government is also reaching out to China, Japan and the Asian Development Bank for help.

China has already pledged about $31 million in emergency aid, including 5,000 tons of rice, medicine and raw materials. It earlier said it was mulling a request for $2.5 billion in economic assistance including a credit line to buy essentials and a loan.

The debt crisis is partly blamed on projects built with Chinese loans that have not made money.