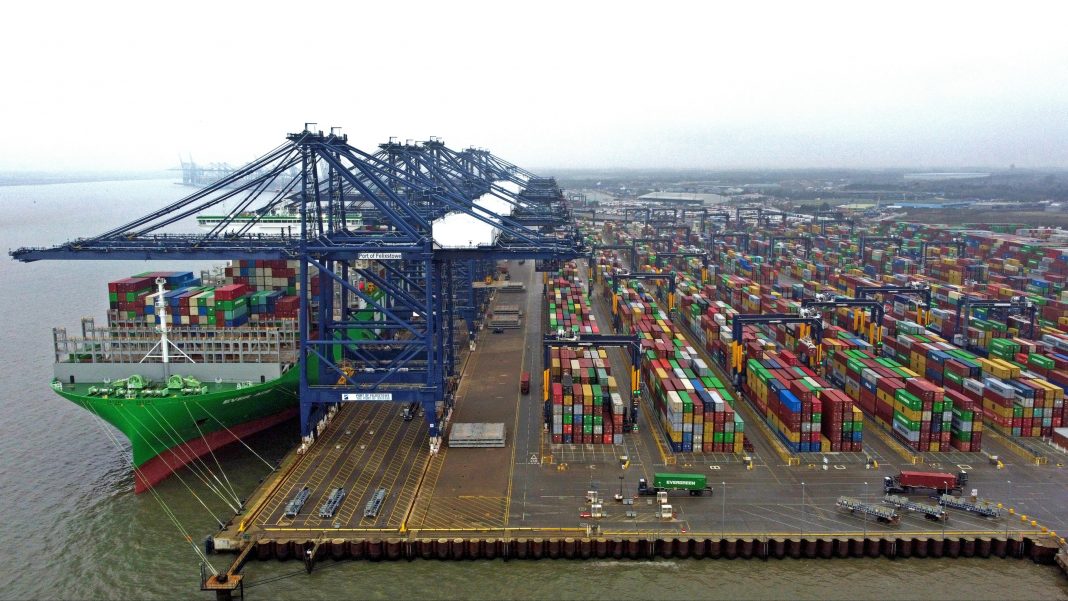 West News Wire: Workers at the busiest cargo port in the UK are going on strike over pay.

At the Port of Felixstowe in Suffolk, approximately 1,900 members of the union Unite will begin a strike that is anticipated to last eight days on Sunday.

The Felixstowe Dock and Railway Company, which operates the port, made a 7% salary offer that the union claimed was “substantially below” the rate of inflation. Members reportedly rejected the offer.

The union’s decision to strike was called “disappointing” by a port spokeswoman.

The start of the strike is anticipated to see the formation of a picket line, which the union stated will be staffed until 22:00 each day of the strike.

A spokesperson stated, “All dock gates will be covered.”

About 2,550 people work at the Port of Felixstowe, which is the UK’s biggest container port, handling 48% of container trade.

Ahead of the strike, port spokesman Paul Davey said workers had been offered 7% plus a single payment of £500.

He said the offer represented “an increase of between 8.1% and 9.6% depending upon the category of worker at the port” at a time when the average pay increase in the country was 5%.

“We’ve got a shrinking economy, we’re going into recession as a country I think that’s a very fair offer indeed,” he said.

Freight transport body Logistics UK said it was “not expecting massive disruption” from the strike action at the port.

A spokesperson for the trade association told news reporters: “Felixstowe is not a ‘just in time’ delivery port, everything coming in is scheduled well in advance.

“If it [the strike] goes on for longer than eight days then those using the port will be looking at alternative routes but at the moment there is plenty of stock in the supply chain.

“Others have already been planning alternative routes – we’re not expecting panic.

“As an industry, we are incredibly flexible and have been working for a while to put these goods into alternative ports if they have to be.”