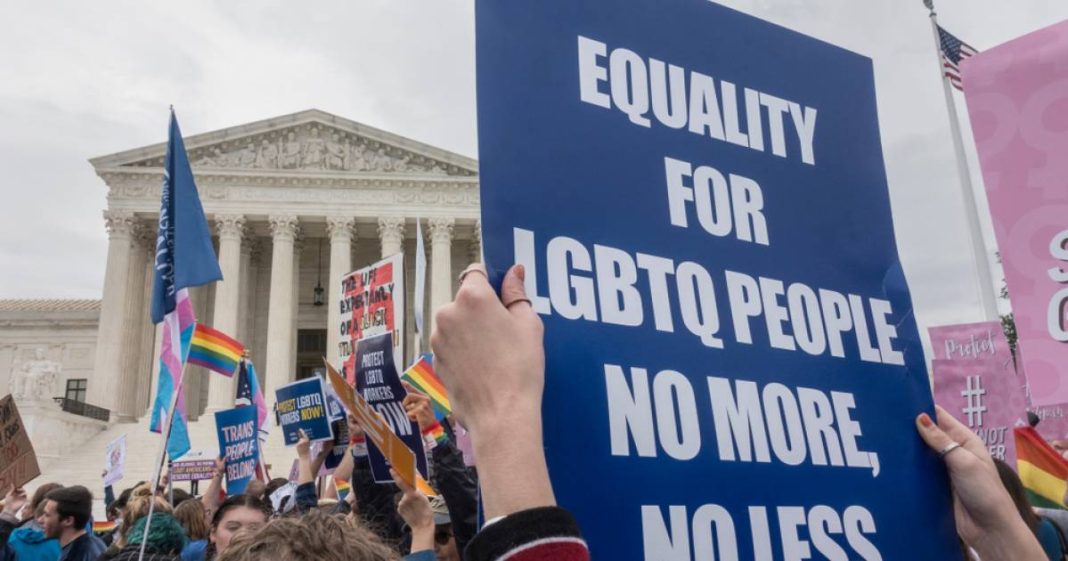 West News Wire: In the southeast United States, the state of Georgia is being sued by two state employees and a media specialist for allegedly engaging in illegal discrimination by refusing to cover medical expenses related to gender transition.

On Wednesday, Micha Rich, Benjamin Johnson, and an unnamed state official filed a lawsuit in federal court in Atlanta on behalf of her adult child.

The lawsuit claims that exclusion “harms not only the health and financial well-being of transgender people seeking treatment for gender dysphoria, but it also perpetuates the stigma linked to being transgender, experiencing gender dysphoria, and seeking a gender transition.”

“The exclusion communicates to transgender persons and to the public that their state government deems them unworthy of equal treatment.”

The plaintiffs said the exclusion against gender-transition healthcare in the SHBP should be overturned and they should be repaid for the money they spent on procedures not covered by insurance. They have also requested money damages and lawyers’ fees.

The Department of Community Health, which administers the plan, declined comment, according to spokesperson Fiona Roberts.

The lawsuit cites a 2020 Supreme Court ruling that treating someone differently because they are transgender or gay violates a section of the Civil Rights Act of 1964, which prohibits discrimination on the basis of sex. The plaintiffs in that case included an employee of Georgia’s Clayton County.

The suit also argues that Georgia’s actions violate the 14th Amendment’s right to equal protection and that, in the case of Johnson, violate federal prohibitions against sex discrimination in education.

The plaintiffs include three transgender men. Rich is a staff accountant at the Georgia Department of Audits and Accounts. Johnson is a media clerk with the Bibb County School District in Macon. The mother of the third man, identified only as John Doe, is an administrative support worker at the Division of Family and Children Services in suburban Paulding County. She covers Doe, a college student, on her insurance.

All three were assigned as women at birth but transitioned after therapy. All three were seeking top surgery to reduce or remove breasts. All three appealed their denials and won findings from the US Equal Employment Opportunity Commission that Georgia was discriminating against them. The US Department of Justice also started an investigation.

In the meantime, Rich paid $11,200 for his surgery in 2021 and later declared bankruptcy. The Paulding County family paid $8,769 for John Doe’s surgery and is still repaying loans. Both Rich and Doe also say the state owes them for testosterone prescriptions. Johnson dropped his state insurance and bought coverage elsewhere, having surgery in September.

“My employer should not be able to deny me health care because of who I am,” Rich said in a statement. “For years, I had to put off living my life fully while I waited to have the medical treatments that my doctors and I knew I needed.”

The lawsuit is the fourth in a line of lawsuits against Georgian agencies to force them to pay for gender-confirmation surgery and other procedures. State and local governments have lost or settled the previous suits, changing rules to pay for transgender care.

The University System of Georgia paid $100,000 in damages in addition to changing its rules in 2019 when it settled a case brought by a University of Georgia catering manager. A jury in September ordered Georgia’s Houston County to pay $60,000 in damages to a sheriff’s deputy after a federal judge ruled her bosses illegally denied the deputy health coverage for gender-confirmation surgery.

The Department of Community Health agreed to change the rules of Georgia’s Medicaid program in April to settle a lawsuit by two Medicaid beneficiaries.

The current lawsuit comes as some states seek to ban all gender-confirming care for children. Georgia could consider such a ban next year.

“They did not accept our invitation to negotiate an end to their discrimination without litigation and, plainly, they didn’t remove the exclusion,” wrote David Brown, legal director at the Transgender Legal Defense & Education Fund, which is representing the plaintiffs.

In question are two health plans paid for by the state but administered by Anthem Blue Cross and Blue Shield and UnitedHealthcare.

According to the lawsuit, insurers informed the agency that transgender exclusions were unfair in 2016. Additionally, it claims that in July 2020, a state attorney advised health plan management that a court would probably consider the rule to be unconstitutional.

Even after it became obvious – and the SBHP itself concluded – that doing so is unconstitutional discrimination, the defendants “have knowingly and purposefully perpetuated the exclusion year after year,” according to the lawsuit.

A recent court decision determined that a similar prohibition in North Carolina was unlawful. The state is desirable. In 2018, a Wisconsin restriction was overturned. According to Brown, Florida and Arizona are being sued, while employee coverage lawsuits regarding West Virginia and Iowa were also dismissed.