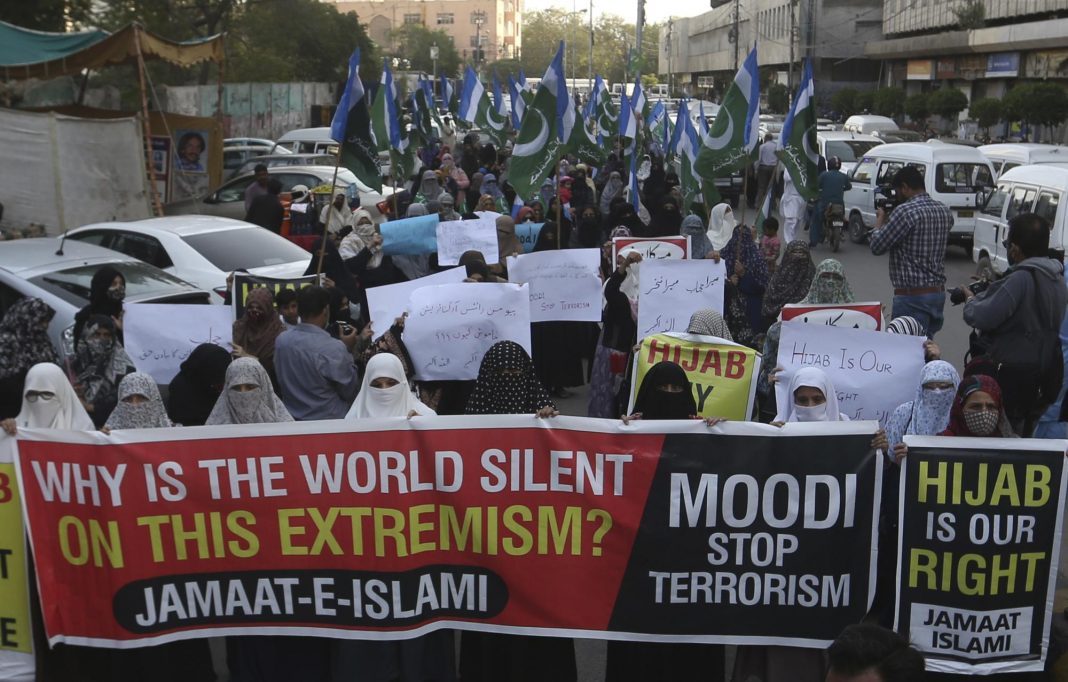 West News Wire: Pakistani women gathered on Thursday to protest a ban on Muslim girls wearing the traditional headscarf, or hijab, at schools in a district of neighboring India.

A hundred women marched to the streets of Karachi, Pakistan’s southern port city, in a demonstration organized by the Jamaat-e-Islami, a Pakistani Islamist political organisation. Hundreds of women in Lahore, Pakistan’s eastern city, set fire to an effigy of Indian Prime Minister Narendra Modi and requested that the hijab ban be lifted.

Earlier in the day, a court in Karnataka, India’s southernmost state, ordered students not to wear religious apparel until the court rules on petitions to overturn the hijab prohibition. Students submitted the petitions challenging the ban, which some schools implemented recently.

In the Hindu-majority India, where Muslims make up about 14% of the country’s almost 1.4 billion people, the traditional Muslim hijabs are not banned or restricted in public places and are a common sight.

However, violence and hate speech against Muslims have increased under Modi’s governing Hindu nationalist party, which also governs Karnataka.

Pakistan and India have a history of bitter relations. The two South Asian nuclear rivals have fought two of their three wars over Kashmir, which has been divided between them but claimed by both in its entirety.