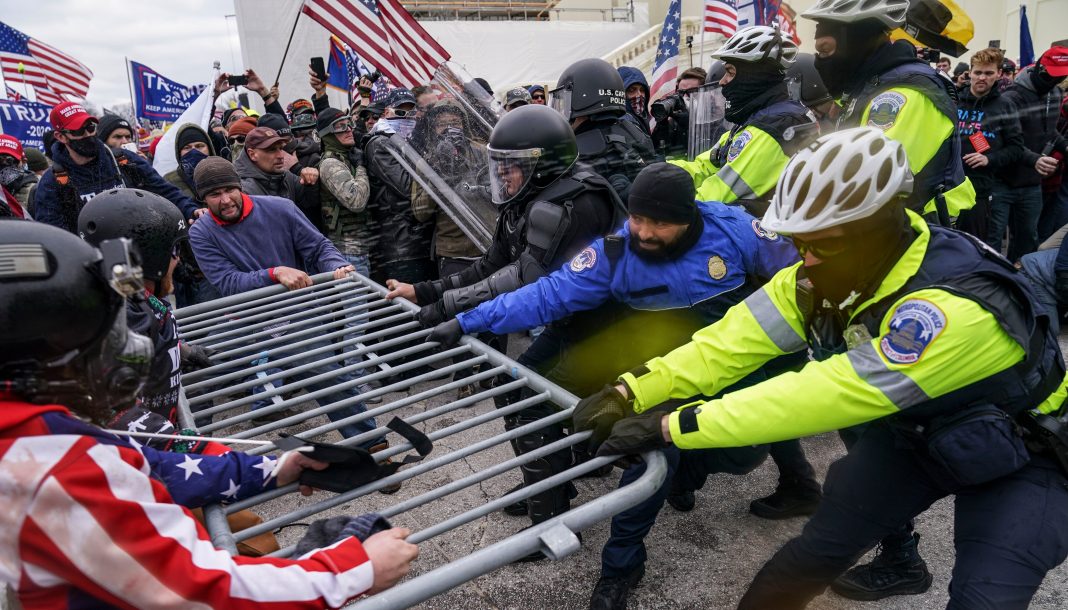 West News Wire: Six federal charges, including civil disorder, theft of government property, and assaulting police, were found proven against a Pennsylvania woman who was accused of storming the US Capitol on January 6, 2021.

After the jury returned its judgment, US District Judge Amy Berman Jackson ordered Williams, of Harrisburg, Pennsylvania, to be taken into jail.

Williams is one of an estimated 900 people detained in connection with the attack on the Capitol, which happened as Joe Biden was being recognized by the US Congress as the winner of the 2020 presidential election.

The attack came in the wake of then-President Donald Trump’s “Stop the Steal” rally, where Trump falsely claimed to have won the election “by a landslide”.

Williams attended the rally dressed in a T-shirt that read, “I’m with groyper,” a reference to a loose-knit group of white supremacists who align themselves with Nick Fuentes, a proponent of the “America First” movement.

She then joined thousands of rioters who entered the Capitol building, forcing legislators to evacuate.

Videos from that day show Williams directing other rioters to “push, push, push” against federal law enforcement as they attempted to clear the Capitol Rotunda. She also pointed rioters towards a staircase that leads to Pelosi’s office.

In a June court filing, prosecutors depicted Williams as being “among the front line of rioters”, serving as a leader to others.

Read More
US "in decline," Biden has his own ominous warning: Trump

“She engaged in repeated purposeful physical clashes and verbal altercations with federal law enforcement officers and instructed others to do the same,” prosecutors wrote.

Another video, posted to Williams’s social media, shows what appears to be the theft of a Hewlett-Packard laptop from Pelosi’s office. A voice that prosecutors identify as Williams can be heard saying, “Dude, put on gloves,” before a pair of gloved hands grab the computer.

Williams later boasted on social media that she took Pelosi’s gavel and hard drives. “To date, neither the laptop nor the gavel has been recovered,” prosecutors said.

In the days following the Capitol attack, a witness called the Federal Bureau of Investigation with information that Williams “intended to send the computer device to a friend in Russia, who then planned to sell the device to SVR, Russia’s foreign intelligence service”.

Williams denies the allegations, claiming they were “made-up” by an ex-boyfriend.

During her trial, prosecutors linked Williams to an extremist philosophy called “accelerationism”, which views Western governments as corrupt and attempts to accelerate their demise.

“She not only specifically sought to block Congress from certifying the Electoral College vote, but also to undermine and obstruct the government more generally,” prosecutors wrote in court filings.