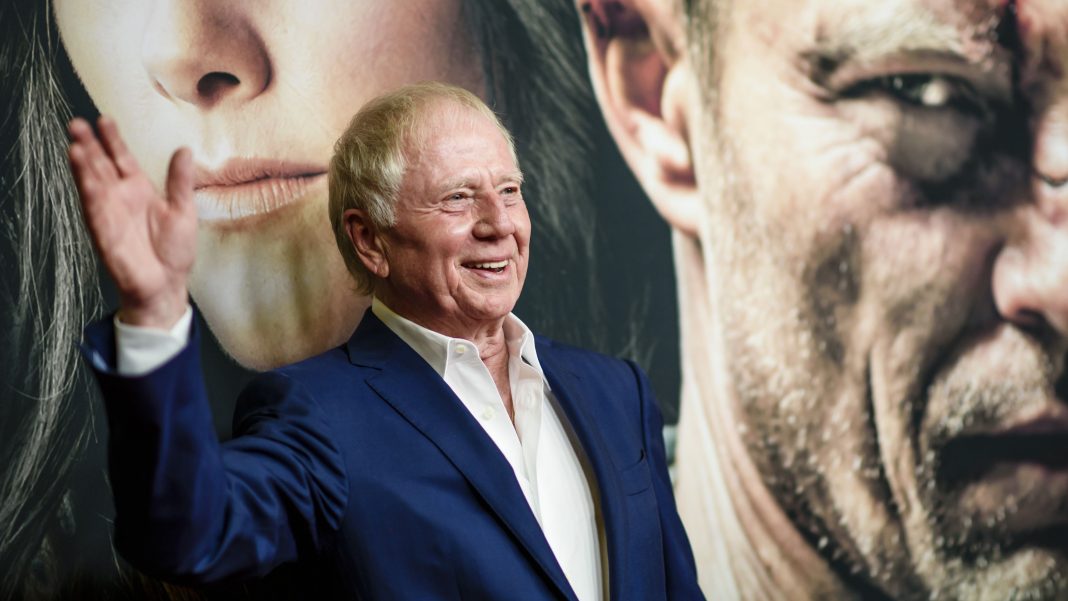 West News Wire: Wolfgang Petersen, the German director who launched a successful Hollywood career with the blockbuster movies “In the Line of Fire,” “Air Force One,” and “The Perfect Storm,” has passed away. “Das Boot,” a World War II submarine epic, was Wolfgang Petersen’s first film. He was 81.

After a battle with pancreatic cancer, Petersen passed away on Friday at his home in the Brentwood district of Los Angeles, according to representative Michelle Bega.

Before his 1982 breakthrough, “Das Boot,” at the time the most expensive film in German history, Petersen, who was born in the port city of Emden in northern Germany, produced two features. Jürgen Prochnow played the submarine’s commander in the 149-minute film (the original cut lasted 210 minutes), which detailed the intense claustrophobia of life on a doomed German U-boat during the Battle of the Atlantic.

Heralded as an antiwar masterpiece, “Das Boot” was nominated for six Oscars, including for Petersen’s direction and his adaptation of Lothar-Günther Buchheim’s best-selling 1973 novel.

Petersen, born in 1941, recalled as a child running alongside American ships as they threw down food. In the confusion of postwar Germany, Petersen who started out in theater before attending Berlin’s Film and Television Academy in the late 1960s gravitated toward Hollywood films with clear clashes of good and evil. John Ford was a major influence.

“In school they never talked about the time of Hitler they just blocked it out of their minds and concentrated on rebuilding Germany,” Petersen told The Los Angeles Times in 1993. “We kids were looking for more glamorous dreams than rebuilding a destroyed country though, so we were really ready for it when American pop culture came to Germany. We all lived for American movies, and by the time I was 11 I’d decided I wanted to be a filmmaker.”

“Das Boot” launched Petersen as a filmmaker in Hollywood, where he became one of the top makers of cataclysmic action adventures in films spanning war (2004’s “Troy,” with Brad Pitt), pandemic (the 1995 ebolavirus-inspired “Outbreak”) and other ocean-set disasters (2000’s “The Perfect Storm” and 2006’s “Poseidon,” a remake of “The Poseidon Adventure,” about the capsizing of an ocean liner).

But Petersen’s first foray in American moviemaking was child fantasy: the enchanting 1984 film “The NeverEnding Story.” Adapted from Michael Ende’s novel, “The NeverEnding Story” was about a magical book that transports its young reader into the world of Fantasia, where a dark force known as the Nothing rampages.

Arguably Petersen’s finest Hollywood film came almost a decade later in 1993’s “In the Line of Fire,” starring Clint Eastwood as a Secret Service agent protecting the president of the United States from John Malkovich’s assassin. In it, Petersen marshalled his substantial skill in building suspense for a more open-air but just as taut thriller that careened across rooftops and past Washington D.C. monuments.

Seeking a director for the film, Eastwood thought of Petersen, with whom he had chatted a few years earlier at a dinner party given by Arnold Schwarzenegger. Eastwood met with Petersen, checked out his work and gave him the job. “In the Line of Fire” was a major hit, grossing $177 million worldwide and landing three Oscar nominations.