wnw24
Home Sport Who Has Qualified for the 2022 World Cup? 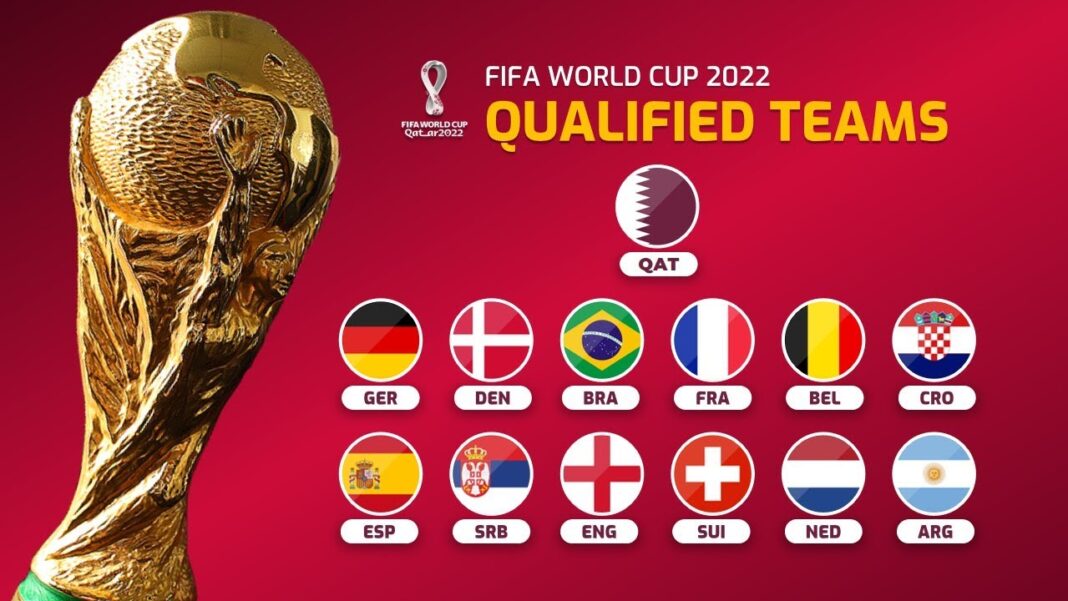 West News Wire: The World Cup in Qatar begins in a year, and most of the favorites have already secured their spots. In fact, the winner may already be present.

With less than a year to go until the 2022 World Cup, nearly half of the field has been decided. Thirteen countries have already qualified for the tournament, which begins Nov. 21 in Qatar, with some going through qualifying with ease and others with a little more drama.

The tournament’s exact nature, which has been dogged by scandal and concern since Qatar was announced as the host, is unknown. The identities of the teams competing, on the other hand, are eerily familiar.

Most — if not quite all — of the traditional contenders are already there: a 10-country-strong European contingent led by France, the defending champion, and Belgium, officially the world’s best team, as well as the likes of Spain and England and Germany. They have been joined by the two great powerhouses of South America, Brazil and Argentina.

Only two major names are still missing: Italy and Portugal, both of whom must go through the strain of playoffs to claim one of Europe’s final three spaces. Elsewhere, though nothing has been officially decided, the picture is becoming clearer.

Three of Asia’s slots will go to Iran, Saudi Arabia and South Korea, for example; the fourth is between Australia and Japan. In North America, Canada — unexpectedly — leads the way at the moment, ahead of a stalling Mexico and a developing United States. In South America, Ecuador has a foot in the finals, though as many as five other teams remain in contention for the last guaranteed slot.

Only in Africa — where five home-and-away playoffs will decide who makes it to Qatar — and Oceania, which has had its entire qualification process delayed again and again because of the coronavirus pandemic, does clarity remain elusive. There are still 12 months to wait, 19 more spots to be claimed. The likelihood is, though, that the winner is already there.

Here are the qualifiers

Qatar: It has been easy to lose sight of it, in the swirl of controversy that has dogged the tournament ever since it was awarded to this tiny Gulf state in 2010, but the automatic entry granted to the competition’s host nation has given Qatar a direct route into a competition it has rarely come close to reaching on merit.

Germany: Germany might have been the first team to earn a place in Qatar, but by its standards, its progress was full of jeopardy and tension. In March, under its former coach Joachim Löw, Germany actually lost a game in qualifying. It won all nine of the others, and made it with a whole set of fixtures to spare.

Denmark: Fresh from an impressive, emotional run to the semifinals of the European Championship, Kasper Hjulmand’s team made short work of a kind group, winning its first nine games and qualifying with a month to go.

Brazil: Tite’s team has sailed through South America’s arduous qualifying process, winning 11 of its 13 games so far. It has yet to concede a goal at home — a statistic aided by the fact that its meeting with Argentina was called off after officials from the country’s health ministry stormed the field to arrest some of the visiting Argentine players — and has only dropped points on the road in Argentina and Colombia.

France: In a word: curiously. The defending champion’s place in Qatar never looked in any real doubt, but it was more a purgatory than a parade. Ukraine and Bosnia both left Paris with a point — indeed, the French did not beat second-place Ukraine home or away — and the abiding impression is that France could be so much more.

Belgium: The world’s No. 1-ranked team — a status Belgium has held for three years or so — did not, really, need to break a sweat, scoring an impressive 25 goals in its eight qualifying games, although a third of those came in a single outing against Belarus.

Croatia: Croatia left it extremely late, sealing a place in Qatar only thanks to an Fyodor Kudryashev own goal with 10 minutes to play in the country’s final match, what turned out to be a 1-0 win against Russia on a sodden field in Split. Topping a finely balanced group, though, one that included Slovakia and Slovenia, warrants praise.

Spain: With plenty of the ball, but not a vast amount to show for it. Spain’s automatic place in the field was in doubt until the final round of qualifiers, when Sweden’s sudden collapse eased the tension. Few teams are as technically adroit as Luis Enrique’s side, but qualifying proved once again that Spain’s toothlessness in front of goal is now endemic.

Serbia: In silence, in Lisbon. For 90 minutes on the final matchday, it seemed as if Serbia would be taking up a fairly customary place in the playoffs: Portugal needed only a point to qualify. But then Aleksandar Mitrovic headed in Dusan Tadic’s cross, the Serbian bench emptied, and Portugal found itself staring at the grass as it opened up beneath its feet.

England:  England is, under Gareth Southgate, seriously good at qualifying for tournaments. Draws with Hungary, at home, in a game marred by crowd trouble, and Poland, away, were the only blots on its ledger this time. It has now lost only one game on the way to a major finals in 12 years.

Switzerland: Belgium tends to draw focus as Europe’s diminutive powerhouse, but the Swiss transformation into tournament mainstays is no less admirable. Murat Yakin led the team to the top spot in its group, above the recently-anointed European champion, Italy, in his first few months in the job. The Swiss did not lose a game and conceded only two goals in the process.

Netherlands: Remarkably, Euro 2020 was the first major tournament the Dutch had reached since making the semifinals of the 2014 World Cup: the Netherlands missed both Euro 2016 and the 2018 World Cup. Its progress to Qatar was not exactly imperious — a defeat in its final game against Norway would have meant elimination — but that Louis van Gaal’s team coped with the pressure, and the ghosts of failures past, bodes well.

Argentina: The quest to ensure Lionel Messi gets one final shot at the World Cup should, really, have been fraught and stressful and full of internecine squabbles. It is a shame, in a way, that it was anything but: After a slow start, Argentina did not lose a game on the way to punching its ticket.