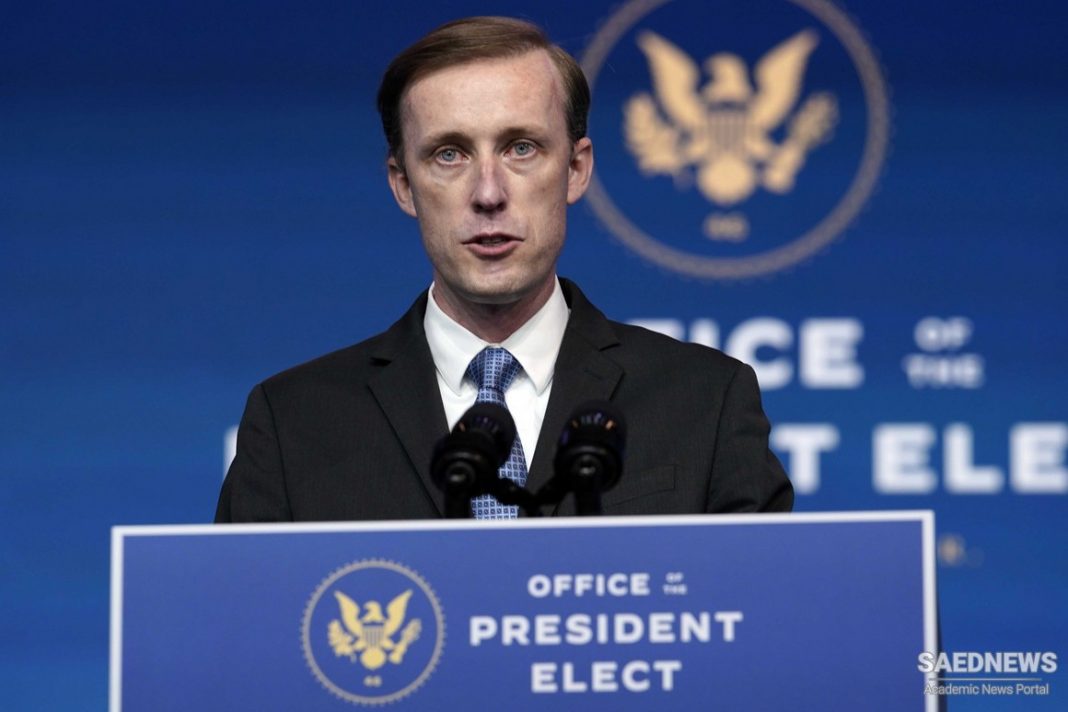 West News Wire: A senior United States source has warned that Russia’s military is on the verge of invading Ukraine in days and has encouraged Americans to leave the country immediately.

At a White House press briefing on Friday, Jake Sullivan, US President Joe Biden’s national security advisor, claimed that US observations and intelligence suggest Russia has all the military elements needed for an invasion of Ukraine.

A quick assault on Kyiv, beginning with an aerial bombing campaign, is a possibility, according to Sullivan, and could happen before the completion of the Winter Olympic Games in Beijing next week.

“We can’t pinpoint the day at this point, and we can’t pinpoint the hour, but that is a very, very distinct possibility,” Sullivan said, cautioning that US officials still do not believe Putin has decided to invade and the US continues to seek a diplomatic outcome to the crisis.

“We continue to see signs of Russian escalation, including new forces arriving at the Ukrainian border,” Sullivan said. “As we’ve said before, we are in the window when an invasion could begin at any time should Vladimir Putin decide to order it.”

Russia has deployed more than 100,000 ground soldiers to its borders with Ukraine in recent weeks and is carrying out military exercises in Belarus and naval manoeuvres in the Black Sea. Moscow has denied it intends to invade Ukraine but has demanded new security guarantees, including that Ukraine will never join the NATO alliance.

Sullivan’s comments were delivered after a nearly 80-minute conference call between President Biden and European allies, conducted from the White House’s secure situation room amid escalating troop movements and a flurry of diplomacy. Participants in the call included the leaders of Canada, France, Germany, Italy, Poland, Romania and the United Kingdom, along with the heads of the European Commission and NATO.

The group discussed diplomatic “engagements with Russia in multiple formats” and agreed on “readiness to impose massive consequences and severe economic costs on Russia” if it invades Ukraine, according to a White House account of the call.

The US and Russian military chiefs of staff also spoke on the phone on Friday, according to the Pentagon.

The US will be sending 3,000 US-based forces from the army’s 82nd Airborne Division to Poland in the coming days. The new deployment is in addition to 8,500 soldiers the US has already placed on alert for deployment to NATO countries and 3,000 soldiers now being sent to Poland, Romania, and Germany.

Sullivan emphasized US deployments are defensive in nature and American forces would not engage in hostilities with Russian troops in the event of an invasion of Ukraine.

Americans in Ukraine should leave within the next 24 to 48 hours, and anyone who needs help obtaining transport out of the country should contact the American embassy in Kyiv, Sullivan said.

“The risk is now high enough and the threat is immediate enough that prudence demands that it is the time to leave now,” Sullivan said.

“While commercial options and commercial rail and air service exist while the roads are open, the President will not be putting the lives of our men and women in uniform at risk by sending them into a war zone to rescue people who could have left now but chose not to. So, we were asking people to make the responsible choice”.

The UK has also advised British nationals to leave Ukraine and warned that a Russian invasion may be imminent.

Several other NATO allies including Canada, Norway and Denmark also are asking their citizens to leave Ukraine, as is non-NATO ally New Zealand.

“Some reasonable people were hoping US-fanned hysteria was waning,” he posted on Twitter. “Maybe they put a jinx on it, because scaremongers have clearly got second wind. Our troops are still on our territory and I wonder if the US will invade Ukraine itself – someone has to, after such a panic campaign.”

The EU and NATO delivered a joint reply to Russia this week on behalf of their member states as diplomatic efforts continue to try to diffuse the crisis.

Russia on Friday said it expected individual answers from each country, and called the collective response “a sign of diplomatic impoliteness and disrespect”.

It later said Western countries, with help from the media, were spreading false information about its intentions to try to distract attention from their own aggressive actions.

Meanwhile, Kyiv on Friday asked Moscow to explain its activities on the borders of Ukraine within the next 48 hours, the Ukrainian foreign minister said.

“We have officially triggered the risk reduction mechanism in accordance with para III of the Vienna Document, and requested Russia to provide detailed explanations on military activities in the areas adjacent to the territory of Ukraine and in the temporarily occupied Crimea,” Dmytro Kuleba said.