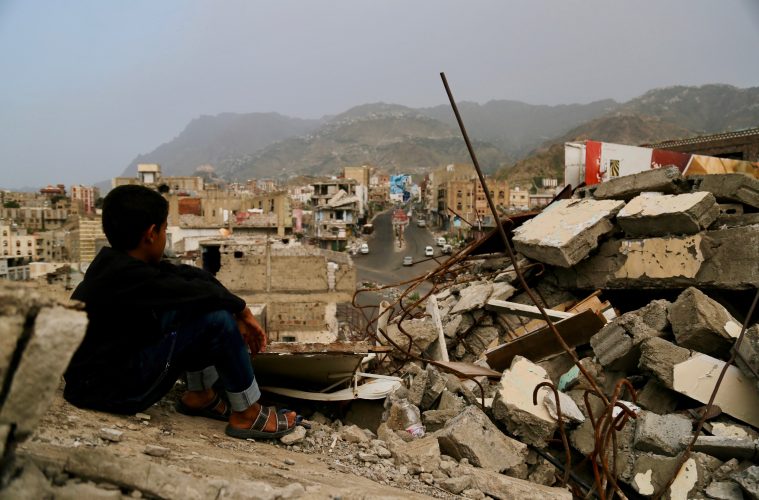 West News Wire: United Arab Emirates is a part of a Saudi-led military coalition in Yemen, already has one of the region’s most powerful air defence systems, relying primarily on American made weapons such as the older HAWK missile, the more capable Patriot PAC-3 missile, and the THAAD air defence system.

The UAE increasing involvement in Yemen’s war, which the UN estimates has killed 377,000 people as of the end of 2021.

“War overshadows everything,” said Martin Griffiths, briefing the Council for the first time in his capacity as Under-Secretary-General for Humanitarian Affairs and Emergency Relief Coordinator.  The offensive in Ma’rib Province and clashes along nearly 50 other front lines have reportedly killed or injured more than 1,200 civilians, with collapsing public services depriving people of clean water, sanitation, education and health care, and cholera and COVID-19 spreading under those conditions.

Hundreds of thousands of Yemenis have died as a result of the conflict, and millions more have been displaced. Yemen’s infrastructure has been decimated, and starvation and deadly diseases have spread across the country.

With 20 million people in need of humanitarian assistance and protection, he said a decimated economy is pushing the country to the brink.  He stressed that 5 million people are one step away from succumbing to famine and the diseases that go with it, and 10 million more are right behind them.  “Famine is not just a food problem, it’s a symptom of a much deeper collapse,” he warned, as people are starving not because there is no food, but because they cannot afford it.

With all this, United Nations is deeply concerned with the situation in Yemen but on the other side United Arab Emirates plans to increase advanced weapons. South Korea agreed to sell advanced missiles, as well as supporting radars, to the UAE for $3.5 billion in its largest military export agreement in history.

The agreement also promised that the two countries would work together more closely on missile development. The Cheongung 2 missile, which is based in part on the highly capable Russian S-400, has a range of 40 kilometers and can engage multiple targets at once. It’s also quite resistant to electronic interference.

Despite the scale of the South Korean contract, Israel could emerge victorious in the UAE’s arms procurement effort. The Emirate is in talks with Israel about purchasing either the Barak 8 or the Spyder air defence missile systems. The first South Korean weaponry will not arrive until 2024, therefore the UAE is relying on Israeli systems as a temporary solution.

The UAE is also in talks with Israel to purchase the Iron Dome system to fill this vital gap in its air defence. Slower, low-flying drones and cruise missiles would be protected by this added layer of defence.

The UAE isn’t simply looking to other countries for solutions; it’s also investing billions in its own research and development programmes to improve its attacks on Yemen.

Although it is short-range and designed to intercept targets out to a range of 10 kilometres, this new multi-layered defence network, in addition to the Iron Dome and the current Russian Pantsir air defence system, appears to be increasingly powerful.

The UAE’s military operations in Ma’rib and Shabwah provinces, as well as its bombings across Yemen, have recently increased, killing more people, including children.

The assaults come as the Saudi-led coalition fighting in Yemen often attacks the country’s infrastructure, such as schools, government buildings, hospitals, colleges, religious sites, and towns.

In the Gulf region, the UAE possesses one of the most advanced air defence systems. With these new powerful weapons, each successive layer of protection will only improve, filling in weaknesses in earlier systems and making it far more difficult for any organisation or country to infiltrate. Increasing the use of sensor data from partners Saudi Arabia, the US, and Israel will provide a more detailed image of the battlespace, making incoming missiles and drones easier to locate and kill.

The UAE is aiming to improve more than just its air defence. In December, France and the UAE confirmed the latter’s purchase of 80 modern Rafale multi-role fighter jets, giving the country’s modest but well-trained air force a major boost. It is the largest ever French arms export contract, valued at $18 billion.

This will allow the UAE to continue its tough foreign policy, including the war in Yemen, knowing that its most vulnerable sites, cities, and airports are protected.