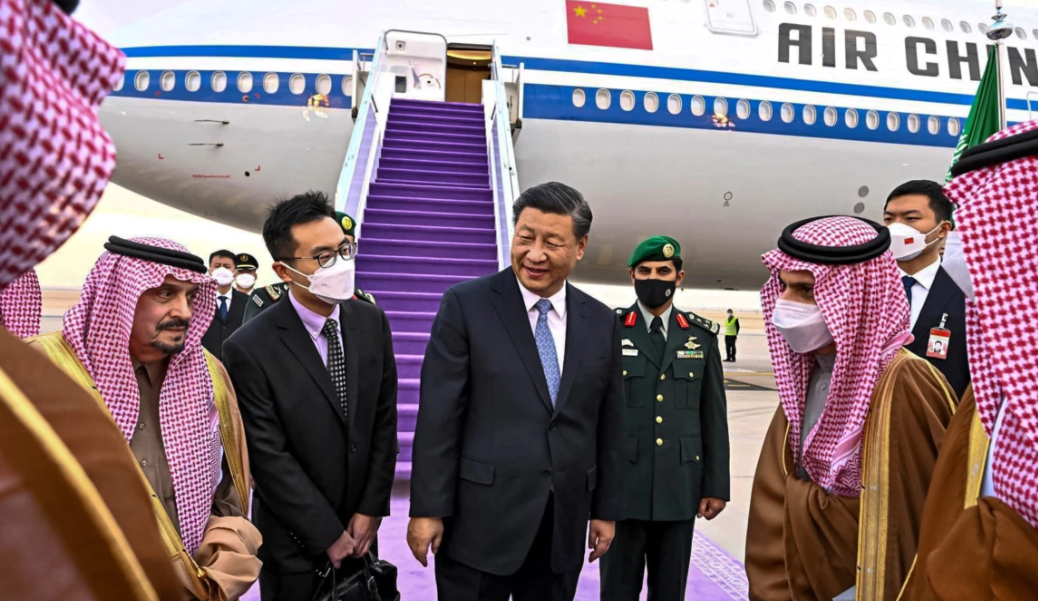 West News Wire: The Saudi Arabian kingdom has welcomed Chinese President Xi Jinping on an official visit. He will be present at several summits, including the first-ever China-Saudi and China-Arab States summits as well as the China-Gulf Cooperation Council (China-GCC) summit. 14 additional heads of state from the region, including those from Saudi Arabia, the United Arab Emirates, Qatar, Oman, Iraq, Kuwait, Bahrain, and more, will attend the conference.

It is accurate to call the trip a “milestone” in China’s Middle Eastern ties, as one Arab ambassador reportedly did. It represents a tactical turn in favor of a multipolar world. The parties combine their shared economic, strategic, and security goals to demonstrate to the United States that it cannot dictate to Middle East states who they should and should not have partnerships with.

The states of the Arab world have been perceived as being separated into two categories for the most of modern history. The United Arab Emirates, Kuwait, Bahrain, Oman, and Qatar are only a few of the “customers” of the West that may be found on the one hand. On the other hand, there are countries that are downright hostile, like Iraq under Saddam Hussein. This is so because Western countries created a Middle East at the beginning of the 20th century to support their control over themselves. In order to further their interests in terms of military and energy access, they tried to establish a number of client nations, while suppressing any revolutionary states that wanted to challenge Western supremacy in the region.

Through a reciprocal agreement to supply oil to Western countries in return for spreading their military power over the Middle East, the states of the Persian Gulf became extremely affluent as a result of this arrangement. While the United Arab Emirates allows various Western nations access to its air bases, Saudi Arabia has been a crucial ally of the United States. While assisting them in containing revisionist neighbors like modern-day Iran and Iraq from the Ba’athist era, the West protects these nations’ independence.

But things are shifting. Not philosophy or fraternity, but shared geopolitical interests have given rise to the alliance between the West and Arab nations. They are commercial partners, not allies, and over the past few decades, the United States has shown a propensity for wreaking havoc across the Middle East, which has been detrimental to everyone. Although the US may have helped its Gulf allies, it has always been clear that Washington is only truly concerned with maintaining its hegemony and has little regard for the sovereignty, culture, or interests of the nations in the region. After all, what happens if the world stops using oil?

Although Saudi Arabia and other similar states may have given their tacit approval to many US initiatives throughout the Middle East, it is important to keep in mind that they are monarchies based on a conservative interpretation of Islam and do not adhere to the American definition of “human rights.”

As a result, Arab states have come to realize the essential significance of China’s emergence. Beijing’s rise to superpower status is forcing Middle Eastern nations to diversify their strategic goals and balance themselves away from a long-standing reliance on the West, which may result in various liabilities in the future. Due to its size and lack of resources, China is unlike the United States due to its vast population and limited resources, it not only consumes a lot more oil and gas than other nations, but also maintains a diplomatic stance of respect for national sovereignty and non-interference in other nations’ domestic matters. This is really helpful for Middle Eastern nations, which have endured decades of US-led campaigns and involvement.

As a result, Arab nations have embraced China as a new benefactor who can bring them significant economic, diplomatic, and strategic benefits over their prior agreements as the geopolitical landscape of the world has changed towards multipolarity and competition between the US, China, and others. While this does not mean “hostility” to the West, and we should expect Arab countries to keep dealing with their current partners, it nonetheless signals a move away from Western dominance over the region and a belief that “the best of both worlds” is ultimately better.

In the past, the US has made numerous demands of Arab nations about China, such as pressuring the UAE to forbid Huawei from using its 5G networks. Abu Dhabi provided directions for Washington. Beyond the China issue, the US and Arab nations are increasingly at odds over the Russia-Ukraine crisis, particularly over the subject of oil output. What is the unifying factor in these two cases? The US thought it could unilaterally impose its will on Arab nations, but it was rejected. The China-Arab summits thus represent the change in attitude; the Arab governments are prepared to diversify and broaden their alliances to solidify their positions, in the hope that nations like America will eventually be compelled to acknowledge them as equals.