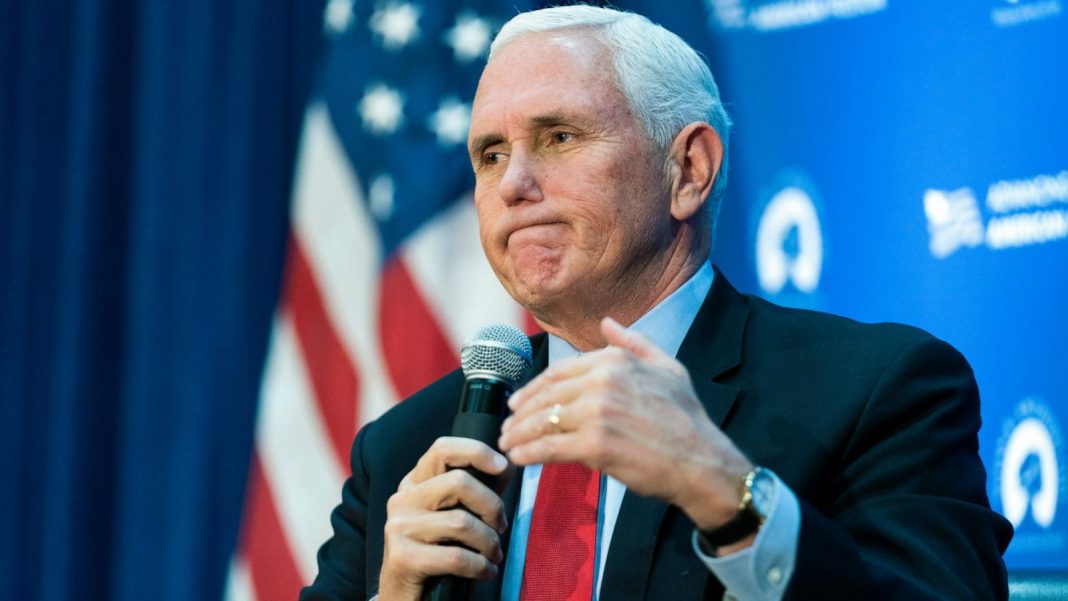 His remarks come after Trump falsely claimed earlier this week that in his job counting electoral votes from the November election before Congress, Pence had the power to hand the election to Trump.

“Unfortunately, he didn’t use his power; he could have thrown the election out!” In a statement, Trump remarked about Pence.

“Some in our party feel that as presiding officer of the joint session of Congress, I had unilateral authority to reject Electoral College ballots.

And I heard this week that former President Trump said I had the right to ‘overturn the election,'” Pence said in a speech Friday to a local chapter of the Federalist Society in Florida.

“Under the Constitution, I had no right to change the outcome of our election. And Kamala Harris will have no right to overturn the election when we beat them in 2024,” Pence continued.

“Under Article II Section I, elections are conducted at the state level, not by the Congress. The only role Congress has with respect to the Electoral College is to open and count votes submitted and certified by the states. No more, no less,” he said.

“Men and women, if we lose faith in the Constitution, we won’t just lose elections, we will lose our country,” Pence said.

Trump reacted to Pence’s speech later in the evening in a statement, saying in part, “Just saw Mike Pence’s statement on the fact that he had no right to do anything with respect to the Electoral Vote Count, other than being an automatic conveyor belt for the Old Crow Mitch McConnell to get Biden elected President as quickly as possible. Well, the Vice President’s position is not an automatic conveyor if obvious signs of voter fraud or irregularities exist.”

Investigations, by both independent and Republican-led efforts, have found no evidence of widescale voter fraud in the 2020 election.