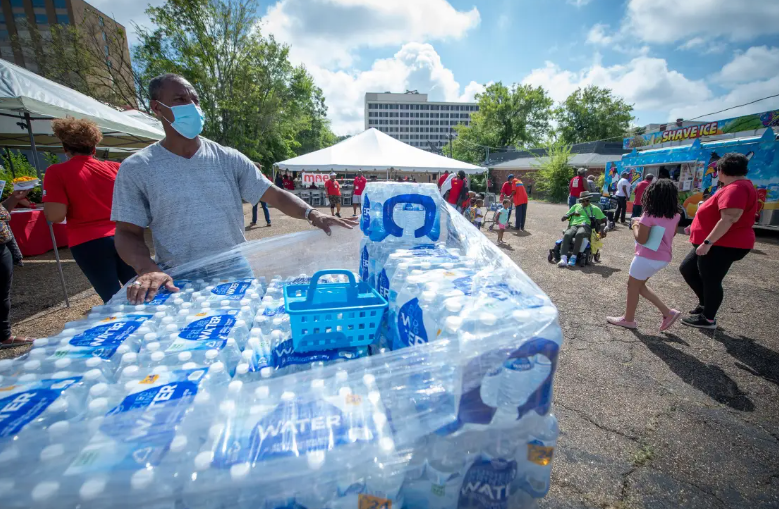 West News Wire: Jackson, Mississippi, citizens have been without flowing water for an indeterminate period of time due to a crisis caused by staffing shortages, system problems, and many equipment failures, Jackson Mayor Chokwe Antar Lumumba said during a press conference on Tuesday.

The city’s water catastrophe, according to Lumumba, is the result of decades of neglect, and fixing the problem will cost billions of dollars.

According to Lumumba, these issues have accumulated as a result of deferred maintenance that has gone unattended for many years.

Lumumba calculated that the expense of repairing the water distribution system would be at least $1 billion, and that the total cost of the problem would be billions more.

“The residents of Jackson are worthy of a dependable system, and we look forward to a coalition of the willing who will join us in the fight to improve this system that’s been failing for decades,” Lumumba said.

At least 180,000 people will go without reliable drinking water indefinitely in Jackson after pumps at the main water treatment plant failed this week, officials said.

Reeves declared a State of Emergency on Tuesday and activated the state’s National Guard to help officials deal with the ongoing water emergency.

“The state is marshaling tremendous resources to protect the people of our capital city,” Reeves said at the conference.

Residents will not have reliable running water in the state’s capital until the problem is fixed, officials said.

Reeves said the water shortage would make it more difficult for Jackson to produce enough water to fight fires, flush toilets and other essential needs.

Residents have lined up on roads and highways throughout the city to get to water distribution sites.

White House press secretary Karine Jean-Pierre said Mississippi has not formally asked the federal government to help bring in water but is ready to help “in any way that we can” when that request is made.

“We stand ready and we are eager to assist further as soon as we receive an official request from the state,” she said on Air Force One Tuesday.

Officials are warning the city’s residents not to drink the water because it’s raw water from the reservoirs being pushed through the pipes.

Jackson has been under a boil water notice since July 29.

Lumumba told news reporters on Tuesday that Jackson doesn’t just need a sustainable system, but also an equitable one.

“We suffer in the southern portion of our city most disproportionately,” he said. “Some of the most impoverished parts of our city are feeling the brunt of this challenge more consistently and worse off than the rest of our city.”

A day after the current water crisis was announced, Jackson’s Public Works Director Marlin King was reassigned to another role, Lumumba said.