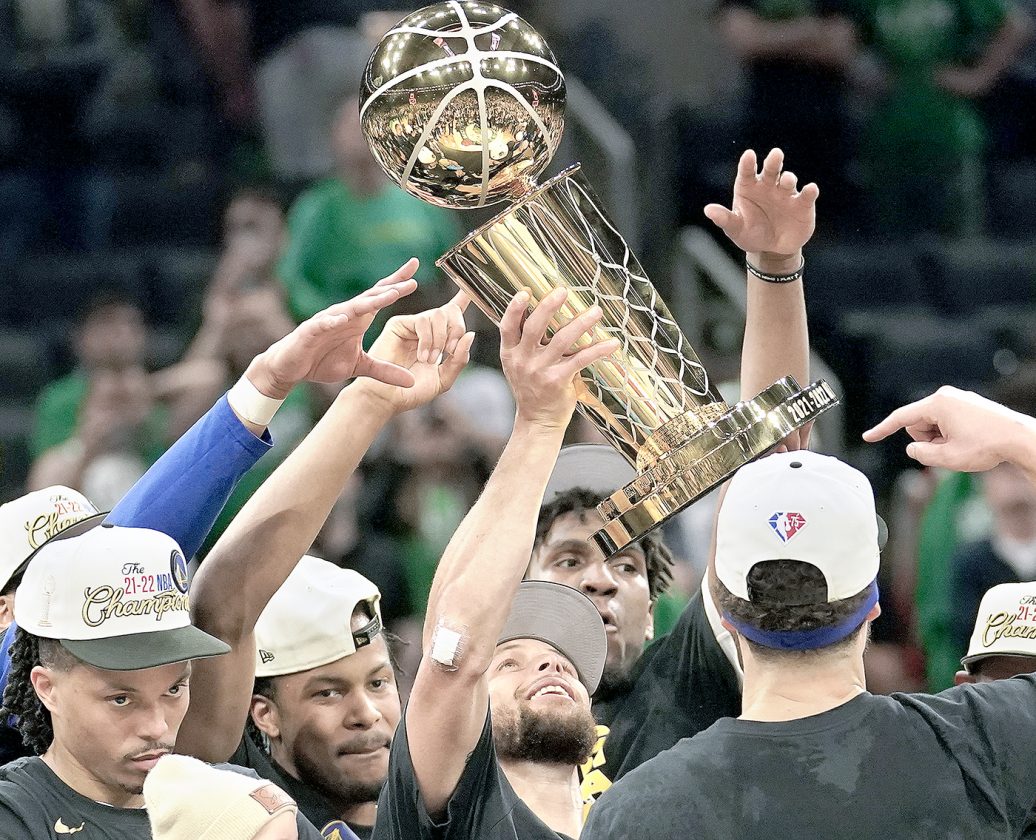 West News Wire: The Golden State Warriors have won the NBA championship for the fourth time in the last eight seasons, defeating the Boston Celtics 103-90.

After a run of five consecutive finals, a drop to the bottom of the NBA, and now a return to greatness just two seasons after having the league’s worst record, it completed a journey unlike any other.

Curry said after the Warriors accepted the championship trophy and celebrated on the court, “We found a way to just get it done.”

With tears in his eyes and hoarse with emotion, Curry struggled to speak as he explained what allowed the Warriors to capture their latest crown.

“It’s part of a championship pedigree, our experience,” he said. “We built this for 10-11 years. That means a lot when you get to this stage.”

For Curry, Klay Thompson, Draymond Green and Andre Iguodala, it is the fourth championship. The first three titles came in 2015, 2017 and 2018, when Golden State was dynastic and made five consecutive trips to the finals.

“They’re all unique, they’re all special,” coach Steve Kerr said of the multiple titles. “This one might have been the most unlikely. It takes a group effort to get it done and we had a great group.”

This tale for the Warriors ended much differently from their most recent finals appearance against Toronto in 2019, one that saw Kevin Durant tear his Achilles tendon in Game 5 and then Thompson tear his ACL in what became the Raptors’ title-clincher in Game 6.

The aftermath of that loss was exacerbated by Durant’s decision to leave that summer in free agency to join the Brooklyn Nets and Thompson’s own Achilles injury while rehabilitating his knee injury.

“It all paid off,” Thompson said. “It was dog days, a lot of tears shed . You knew it was a possibility, but to see it in real time. It’s crazy.”

It thrust a Golden State team into a rebuild that became a reload. The Warriors used their two-year hiatus from the NBA’s biggest stages to retool their roster adding a past number one draft pick in Andrew Wiggins, who excelled in his first finals, along with another rising star in Jordan Poole.

The Warriors’ victory denied the storied Celtics what would have been their record 18th championship, one that would have allowed Boston to break a tie with the Los Angeles Lakers for the most in league history.

In Thursday’s game, Jaylen Brown led the Celtics with 34 points but Jayson Tatum finished with only 13, shooting just six of 18 from the field. Boston also committed 22 turnovers, dropping to 1-8 this postseason when committing 16 or more.

It was just the fifth defeat in 22 title-series appearances for Boston, which turned its season around to have a chance at this crown. Boston was 25-25 after 50 games, then went on a tear to get to the finals and nearly claim what would have been just the franchise’s second championship since 1986.

Boston Celtics coach Ime Udoka challenged his young team to learn to return stronger after their defeat and that Boston’s run to the finals this season was “just the start”.

“A foundation has been set,” he said. “We can kind of hit the ground running next year. Let’s get healthy and all be on the same page.

“We’ve seen what we can achieve. It hurts we fell short of that. But the future is bright and we’re just getting started, so let’s all come back better from this experience.”