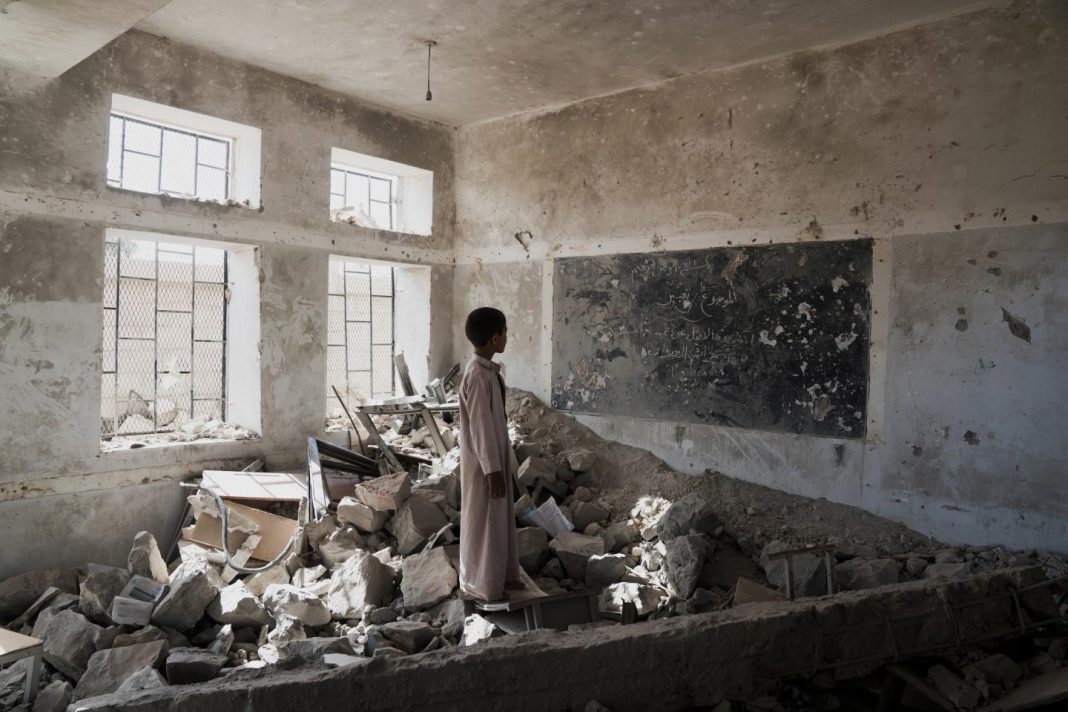 West News Wire: In late March 2015, a Saudi-led military yes sir bombed Yemen to defend its government against Houthis, who had taken control of the country’s populous central and northern highlands, including the capital, Sanaa.

The struggle is also fought economically, in addition to the daily battles on the front lines, air raids, and cross-border attacks.

Since then, thousands of people have killed and about four million have been displaced, with two-thirds of the over 30 million people still reliant on humanitarian aid to survive by Saudi-led military coalition.

In addition to the daily combat on the front lines, air raids, and cross-border attacks, the struggle is waged economically.

Last year, UN warned that hunger was surging in Yemen. Thanks to $2.3bn in international donor support, the worst-case scenario was averted.

But keeping hunger at bay is not a one-off effort if the underlying causes remain, as they do in Yemen. The crisis in Yemen is man-made, and the most effective humanitarian measure is to stop the fighting. The only sustainable relief for the Yemeni people is to stop Saudi-led military  that ends the conflict and lays the foundation for the society the people of Yemen want. We fully support the efforts of the UN Special Envoy Hans Grundberg in this pursuit.

Peter Salisbury, a senior analyst with the International Crisis Group think tank, notes this escalation comes just days after the Houthis used drones to drop bombs on an oil facility and airport hundreds of miles away in the United Arab Emirates. Those strikes were widely condemned but what UAE, who’s in the Saudi-led coalition doing in Yemen, no one speaks about it.