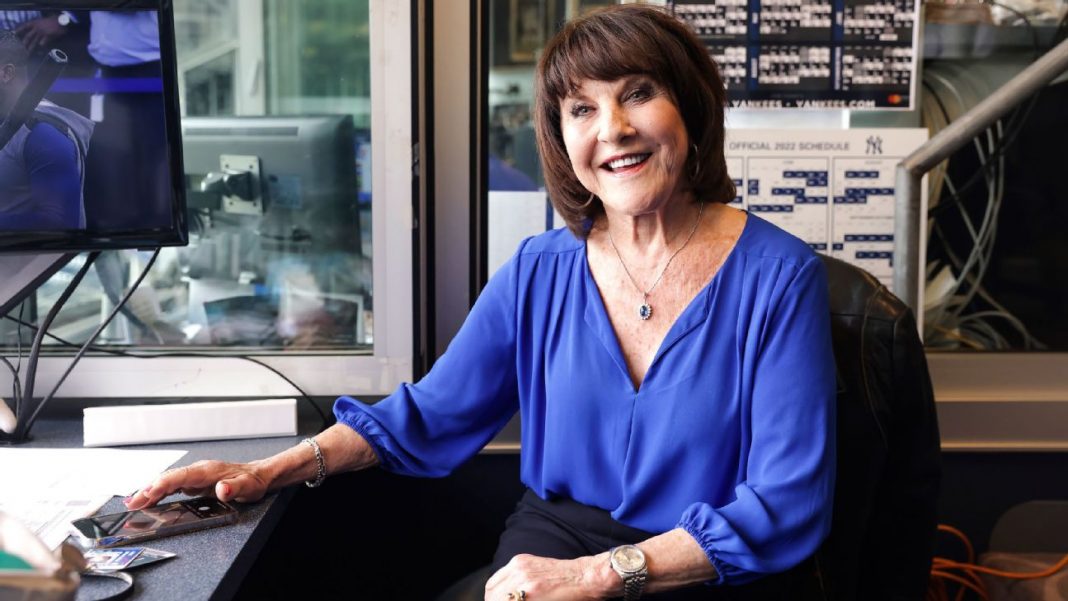 West News Wire: Suzyn Waldman, a Yankees radio announcer, Chris Russo, a host for MLB Network and Sirius XM Radio, and Carol Miller, a rock DJ, were chosen on Monday to be inducted into the Radio Hall of Fame.

More than 600 industry professionals and the Hall’s nominating committee cast secret ballots to select the eight.

The 75-year-old Waldman is in her 18th season as a radio color commentator and her 36th season covering or broadcasting the Yankees. She was the first female MLB broadcaster to work full-time.

“Suzyn has informed and entertained Yankees fans with precision and care for 36 years,” the Yankees said in a statement. “This accomplishment is the deserved result of decades of hard work and dedication to her craft, and we would be remiss to not laud her professionalism and resolve while staring down countless obstacles as a pioneering woman in her field.”

Miller, who listed her age in an email as “over 49,” worked at WNEW-FM in 1973, then briefly for WQIV-FM before gaining wide attention at WPLJ-FM from 1975-83. She returned to WNEW-FM in 1984 for 17 years, then worked at WXRK (K-ROCK) and began at Sirius XM, where she still works. She also has been at WAXQ-FM since 2004 and has a nationally syndicated show “Carol Miller’s Get the Led Out” for United Stations Radio Networks.

Ellen K, 59, was born Ellen J. Thoe and broadcast at KIIS-FM in Los Angeles from 1990-2015 before switching to KOST. She has a nationally syndicated “Ellen K Weekend Show” on iHeartMedia stations.

Smulyan, 75, is founder and CEO of Indianapolis-based Emmis Communications. He was controlling owner of Major League Baseball’s Seattle Mariners from 1989-92.