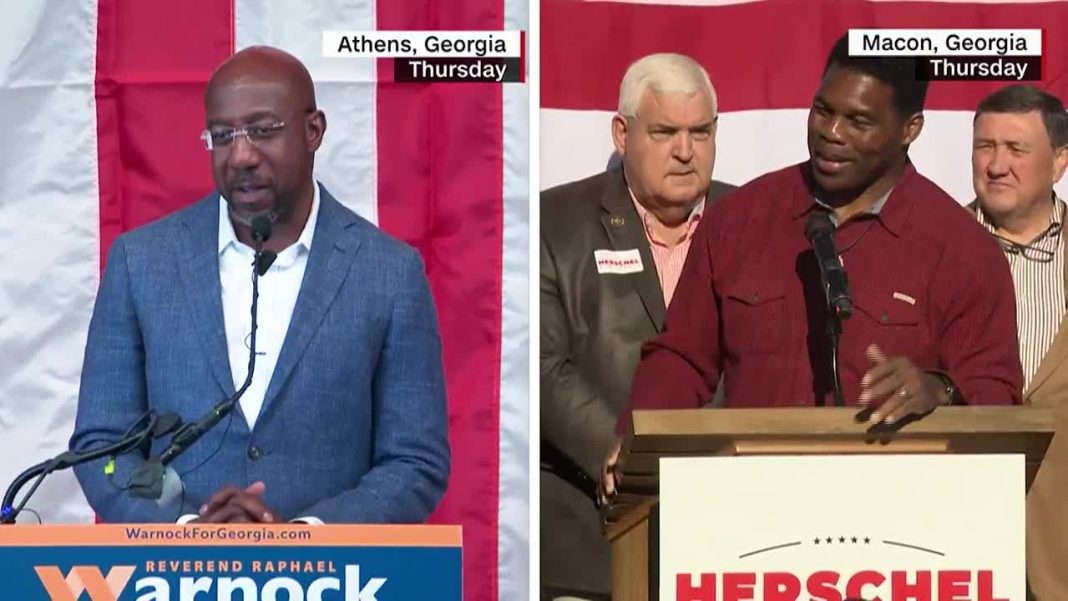 West News Wire: Georgia’s tight battle for the US Senate has drawn a record number of early voters, and the polls have opened for the runoff election.

The Georgia electorate will pick on Tuesday who will travel to Washington to take the oath of office with the new Congress in early January: incumbent Democrat Raphael Warnock or his Republican challenger Herschel Walker.

In the midterm election held last month, neither candidate was able to garner a majority of the vote, forcing a runoff.

The Democrats barely lost control of the House of Representatives in November’s midterm elections, but they kept a slim majority in the Senate with 50 seats plus Democratic Vice President Kamala Harris’ tie-breaking vote.

Still, the Georgia Senate race has significant implications for US politics. Senators are elected to six-year terms, so winning Georgia’s open seat would help either party well beyond the next Congress, which expires in 2025.

Moreover, Democrats are looking to expand their control in the Senate so that they are less reliant on their most conservative members to pass legislation and confirm officials and judges.

For Republicans, it is a chance to bounce back from an underwhelming election performance in November. Republicans like former President Donald Trump had predicted a “red wave” that failed to materialise during the midterms, and the party only recaptured the House by a slim majority.

A victory for Walker, a Trump ally, will also offer a much-needed boost for the former president, who announced his 2024 presidential campaign last month in the wake of the faltering midterm results.

With stakes high, both parties have poured additional resources into the Georgia race. The nonprofit OpenSecrets, which tracks campaign spending, estimates that $380.7m have been spent on Georgia’s Senate contest as of November 29, making it the most expensive race in 2022.

Those efforts appear to be paying off, with a record number of voters casting their ballots early or voting absentee. More than 1.86 million people turned out before election day, representing 26.7 percent of registered voters in the state.

Warnock, a preacher, had edged out Walker, an American football legend, last month by less than one percent of the vote. But a third-party Libertarian candidate won 2.1 percent of the votes, ensuring that no candidate cleared the 50 percent mark needed for a first-round victory.

One of the most carefully followed races in election cycle was the one in Georgia, where President Joe Biden narrowly defeated Donald Trump in 2020.

Walker, a fervent admirer of Trump who has emphasized his Christian faith throughout his campaign, has faced issues about his electability due to scandals and mistakes.

Despite advocating for a nationwide ban on abortion, Walker has been charged with financing procedures for two women with whom he had connections. He has strenuously refuted the accusations, calling them a political attack. Leading US media outlets have stated that they were unable to corroborate the claims made by the women.

Still, the former University of Georgia running back continues to enjoy the support of Republican leadership, and the Senate race remains close, according to public opinion polls.