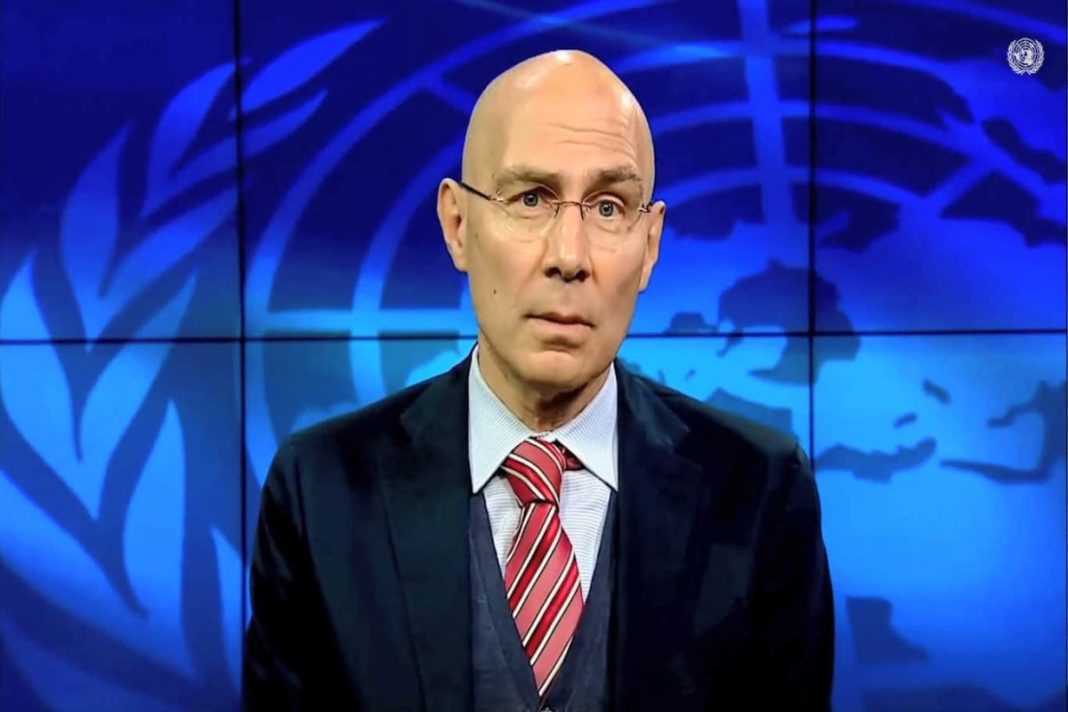 West News Wire: Volker Turk, an experienced UN employee from Austria, has been chosen by the UN General Assembly to succeed Michelle Bachelet as the organization’s high commissioner for human rights.

Turk was recommended as the replacement for Bachelet, whose term ended on August 31, and the UN’s 193-member assembly swiftly confirmed the appointment on Thursday by consensus.

Turk stated that he had “a tremendous sense of responsibility” taking on his new position and that he was “truly honored” to be chosen as the next High Commissioner for Human Rights.

Turk stated in a tweet on Friday that he “would give it my all to achieve the promises of the Universal Declaration of Human Rights for everyone, wherever.”

The UN said in a statement that Turk had a long and distinguished career in the advancement of human rights globally.

“Notably the international protection of some of the world’s most vulnerable people refugees and stateless persons,” the UN said.

Turk had also previously served with the UN refugee agency in Malaysia, Kosovo and Bosnia Herzegovina, the Democratic Republic of Congo, and Kuwait.

Most recently working in Guterres’ office as under-secretary-general for policy, Turk now faces the challenge of dealing with the follow-up to a UN rights office report on China’s systematic abuse of ethnic minorities in the Xinjiang region.

The long-delayed report, which stated that the “arbitrary and discriminatory detention” of Uighurs and other Muslim minorities in the region may constitute crimes against humanity, was published by Bachelet minutes before her departure.

The Uyghur Human Right Project responded to Turk’s appointment by welcoming his new position and also urging that he robustly pursue the possible perpetration of crimes against humanity in Xinjiang.

“There should be no special treatment for powerful governments who commit the most serious human rights abuses,” the group’s executive director, Omer Kanat, said in a statement.

“The UN’s top human rights official needs to demonstrate that he understands the gravity of the issues facing Uyghurs, and this should be reflected in a strong approach to the Chinese government,” Kanat said in a statement.

The new UN human rights commissioner, the organisation added, needs to demonstrate his independence and “call out powerful actors, like the Chinese government, to stop abuses”.

China has vigorously denied any abuses in Xinjiang.

“It is China’s hope that Mr Turk will lead the office in strictly abiding by the principles of objectivity, impartiality … and non-politicisation,” China’s Deputy UN Ambassador Dai Bing told the General Assembly on Thursday.

Turk “must act as an independent, unbiased, and unyielding voice for human rights problems around the world,” according to Lisa Carty, a deputy US ambassador to the UN.

Human Rights Watch, located in New York, stated that Turk must promptly follow up on Bachelet’s report on Uighurs and other Turkic Muslim minority in Xinjiang, and he must be prepared to denounce human rights crimes committed by both US partners and the US government.

The most effective weapons for the rights chief are thorough investigations and a forceful voice, according to a statement from Human Rights Watch. “Whether it’s fighting crimes against humanity in Xinjiang, war crimes in Ukraine and Ethiopia, or bigotry in the United States.