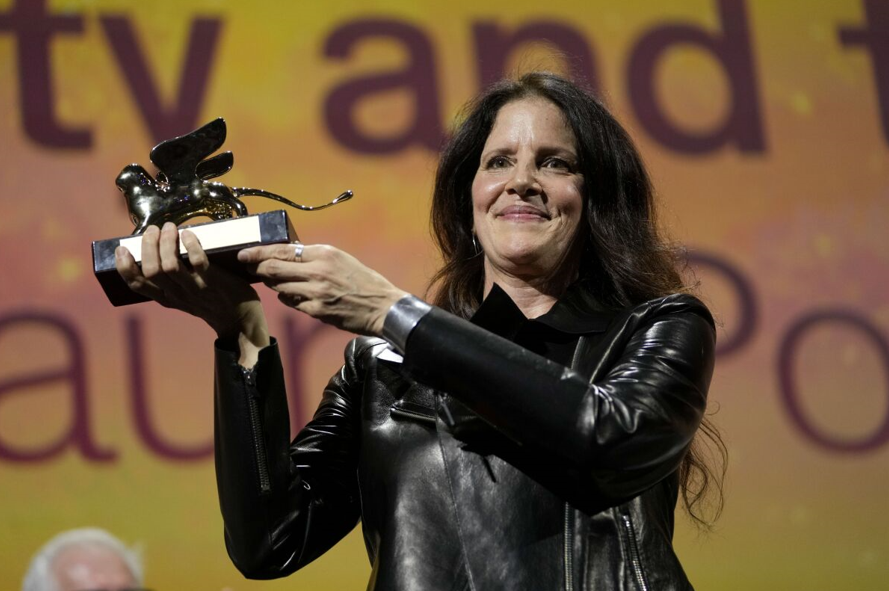 West News Wire: Saturday night saw the conclusion of the 79th Venice International Film Festival as the jury gathered to present awards to the films that were in contention during a ceremony presided over by Rocio Munoz Morales.

The panel, presided over by Julianne Moore, is choosing the winners from a field of 23 films that featured a number of Oscar contenders. The Golden Lion-winning filmmaker Audrey Diwan, author Kazuo Ishiguro (“Never Let Me Go”), and Iranian actor Leila Hatami (“A Separation”) served on the jury, which was presided over by the Oscar winner. Italian director Leonardo Di Costanzo (“The Inner Cage”), Argentinean director Mariano Cohn (“Official Competition”), and Spanish director Rodrigo Sorogoyen (“The Candidate”) also served on the main jury.

Premiering in competition at Venice has launched many successful Oscar campaigns in recent years, leading to nominations and even wins. Seven times in the last nine years the best director Oscar has gone to a film that world premiered at the festival, including Chloé Zhao, Alfonso Cuarón, Alejandro G. Iñarritu, twice, Guillermo del Toro and Damien Chazelle. It’s also debuted a handful future best picture winners like “Nomadland,” “The Shape of Water” and “Birdman.”

The festival cemented several films, actors and directors, as strong awards contenders for the season to come. Brendan Fraser moved many to tears for his portrayal of Charlie, a reclusive English teacher who weighs 600 pounds and is attempting to mend things with his estranged, cruel daughter Ellie (Sadie Sink) in Darren Aronofsky’s “The Whale.” Cate Blanchett also got universal raves for her turn in Todd Field’s “TÁR,” an intelligent drama about a renowned conductor at the top of her game in the world of international whose reputation suddenly comes under threat.

Aside from awards, it was a Venice for the books, with high glamour from Timothée Chalamet, who stunned in a red backless halter neck from Haider Ackermann, and Florence Pugh, looking the part of a movie star in a sheer tulle off the shoulder Valentino that slyly evoked both classic romanticism and playful modernity, and high drama, mostly around Olivia Wilde’s “Don’t Worry Darling.” The behind-the-scenes intrigue on Wilde’s film led to some excessive silliness as the world watched the cast’s every move for clues, from where people were seated, to who looked at who during the premiere.

Chris Pine even became an unlikely meme for various shots of him looking zoned out at a press conference. Then came “spit-gate” where onlookers turned into amateur sleuths trying to determine whether or not Harry Styles spit on Pine before the world premiere of the film (he didn’t). As ever, Venice gets people talking.