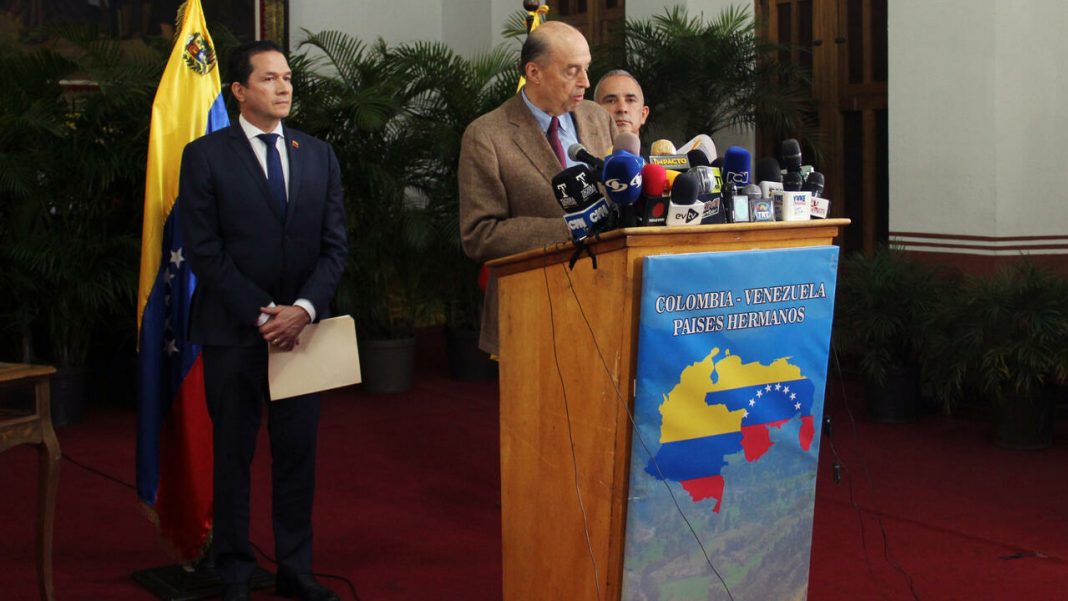 West News Wire: In an effort to repair diplomatic ties after years of conflict, Colombia and Venezuela will appoint new ambassadors in their respective capitals when Colombian President-elect Gustavo Petro assumes office next month.

Following a meeting in the border city of San Cristobal, the decision was announced jointly in a statement on Thursday by Venezuelan Foreign Minister Carlos Faria and Colombia’s soon-to-be Foreign Minister Alvaro Leyva.

By designating ambassadors and other diplomatic and consular staff, both men “indicated their determination to progress on a work agenda towards the gradual normalization of bilateral ties from August 7,” according to a statement read aloud by Leyva.

In addition, he continued, they “reaffirmed their willingness to make concerted efforts to ensure security and peace on the border of our two countries.”

Relations between Colombia and Venezuela have been rocky for years over a range of issues, including a surge in the number of Venezuelan migrants crossing the countries’ shared border amid a socioeconomic crisis in their country.

The 2,219km (1,379-mile) border has been the site of confrontations between armed groups, including the National Liberation Army (ELN) and Revolutionary Armed Forces of Colombia (FARC) dissidents.

That fuelled tensions between the neighbours, with Colombia’s outgoing President Ivan Duque accusing his Venezuelan counterpart Nicolas Maduro of harbouring armed groups, and Maduro alleging that Duque took part in efforts to topple his government.

But Petro, who will become Colombia’s first left-wing president when he is sworn in on August 7, had promised to mend relations with Venezuela.

A former rebel, Petro also has called on the ELN to work with the government towards a ceasefire, stating that the “time for peace has come”.

Leyva, the country’s incoming foreign minister, called Thursday’s meeting with his Venezuelan counterpart “historic” and said they had discussed “the gradual opening of the border”.

The border was closed between 2019 and October 2021, while embassies and consulates in both countries were closed, and flights between the neighbours were grounded.

Colombia is still grappling with years of deadly armed violence between state security forces, right-wing paramilitaries, and leftist rebel groups such as the FARC.

A landmark report released in June by the country’s Truth Commission found that at least 450,664 people were killed over nearly six decades of conflict, a toll it called “massive and intolerable”.

For its part, Venezuela has been roiled by political instability in recent years. Economic turmoil, a lack of food and medicine, and violence have forced millions of people to leave the country, according to a United Nations tally.