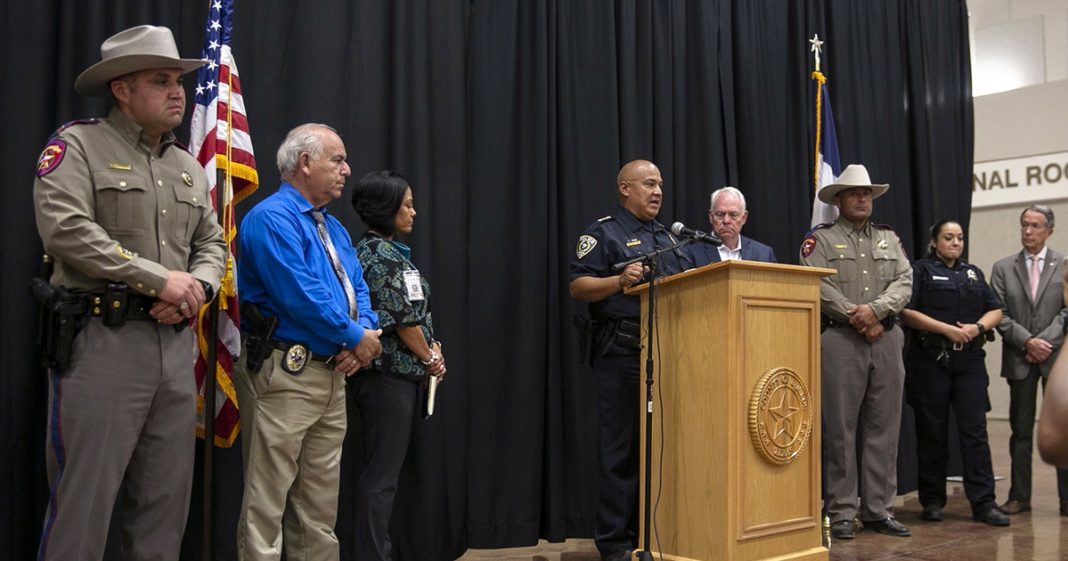 West News Wire: Five months after a shooter killed 19 kids and two teachers in a mass shooting that resonated across the country, the school district in Uvalde, Texas, has suspended the entire police force.

The Uvalde Consolidated Independent School District (UCISD) announced on Friday that it has made the decision to “halt all activities” of the district’s police department “for a period of time.”

Ken Mueller, director of student services, and Lieutenant Miguel Hernandez were also placed on administrative leave, but Mueller decided to quit, according to the statement.

The Texas Department of Public Safety has been asked by the District to send more troopers to campuses and extracurricular events. We are certain that during this changeover, staff and student safety won’t be compromised.

The announcement came amid intense scrutiny over law enforcement’s response to the mass shooting at Robb Elementary School on May 24. The deadliest US school shooting in nearly a decade, the attack reignited a national debate about gun laws in the country.

It also sparked widespread outrage after it emerged that although nearly 400 heavily armed law enforcement officials had rushed to the scene, they waited more than one hour to confront and kill the gunman.

Parents of the young schoolchildren who were killed, as well as those of students who survived, have been demanding accountability for months.

Brett Cross, who lost his son Uziyah Garcia in the attack, said on social media that he and other parents had camped outside the Uvalde school district offices for days demanding the suspension of the police force.

New outrage ripped through Uvalde on Thursday over revelations that a school police officer hired after the massacre was not only on campus during the May attack as a Texas state trooper, but under investigation for her actions during the incident.

The hiring of Officer Crimson Elizondo was first reported by CNN on Wednesday night, and less than 24 hours later, the Uvalde school district fired her in the face of swift and mounting backlash.

“We sincerely apologize to the victim’s families and the greater Uvalde community for the pain that this revelation has caused,” the district said in a statement.

Investigators said Arredondo, who should have been overseeing the law enforcement response, ordered his team to hold back from storming in to stop the suspect.

Arredondo said he did not consider himself to be the incident commander and denied ordering his team to wait.

Last month, schoolchildren in Uvalde returned to their classrooms amid heightened security and a lingering lack of trust among parents.

Robb Elementary School did not reopen and many former students of the school were absorbed in other schools in the district. Dozens others signed up for virtual school or enrolled in private schools.