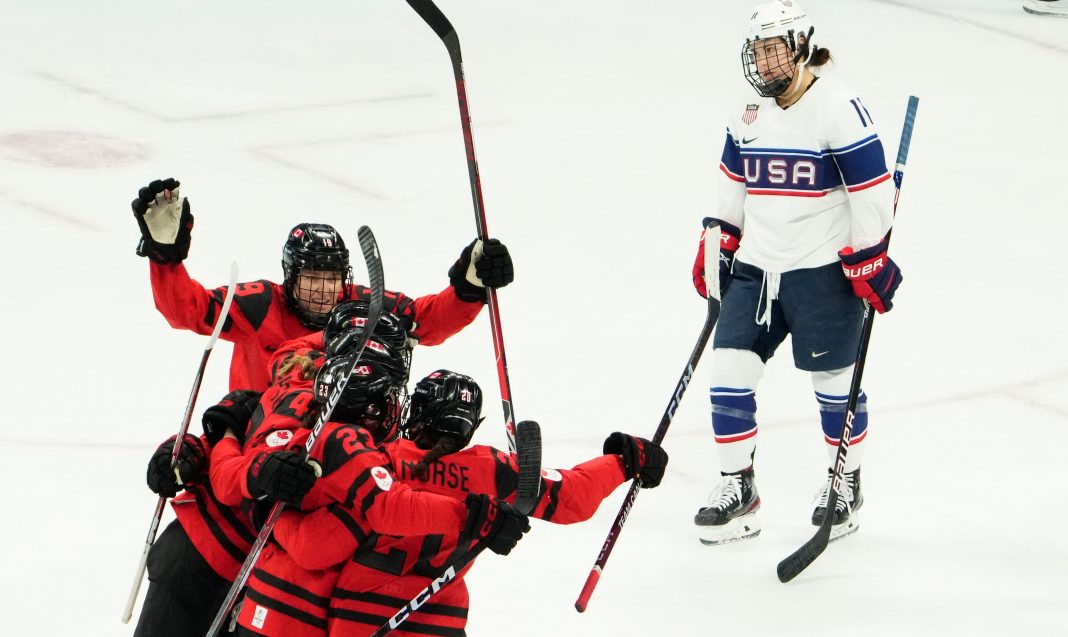 West News Wire: On Thursday, the United States women’s hockey team was defeated 3-2 by Canada in the Winter Olympics final in Beijing.

The defeat was the latest chapter in a long-running feud. Only the United States and Canada have won gold in women’s hockey since it was introduced at the Olympics in 1998.

Early on Thursday, the Canadian side showed its strength with a goal from Sarah Nurse in the first eight minutes of play. Natalie Spooner of Canada had scored less than a minute before, but the United States successfully protested her goal, claiming Canada was offside.

Just after the 15-minute mark, Marie-Philip Poulin scored, giving Canada a 2-0 lead at the end of the first period.

The first goal for the U.S. came a few moments before the end of the second period, with Hilary Knight netting her sixth in Beijing. With seconds to go in the third period, Amanda Kessel scored Team USA’s second goal.

The game was the sixth time in seven Olympics that the U.S. women’s hockey team faced Canada in a bid for Olympic gold. Canada now owns five golds, while the U.S. still has two.

The buildup to the final had been ferocious, with each team barreling through the competition. Canada went 6-0, giving up only eight goals while scoring an astounding 54.

The U.S., meanwhile, only lost one game throughout the tournament to Canada, 4-2.

But, as demonstrated by their continued success, the team was still stacked with power, including from captain Kendall Coyne Schofield, Abbey Roque, Kessel and Knight, returning for her fourth Olympics.

Knight, 32, led the U.S. in scoring going into Thursday’s game, with five goals and four assists in Beijing.

The goalie roster for the U.S. had also been showing their mettle this Olympics between Nicole Hensley, Alex Cavallini and Maddie Rooney. Four years ago in Pyeongchang, the gold medal match came down to goalies when it went to a shootout. Rooney saved Canada’s lost shot then, giving America the gold.

On the Canadian side, the Americans squared off with captain Poulin, Claire Thompson and goalie Ann-Renée Desbiens. Canadian forward Brianne Jenner leads all goal scorers in the Olympics with nine, while teammate Sarah Fillier is second with eight goals. The top five assist leaders in the tournament were all on the Canadian team, led by overall scoring leader Nurse with 12 going into Thursday’s game.

The Olympics are the most high-profile venue for women’s hockey, which has faced struggles establishing more local groundwork. In the four years since the 2018 Olympics, the Canadian Women’s Hockey League folded and the National Women’s Hockey League rebranded to the Premier Hockey Federation. Athletes have long been calling for more funding and support both for a functional league with livable salaries and for building infrastructure for youth sport to grow a pipeline.

The U.S. women have at least one supporter who intimately understands those efforts: Billie Jean King voiced her support for Team USA to “win!” in a video posted by hockey veteran Angela Ruggiero on Wednesday.