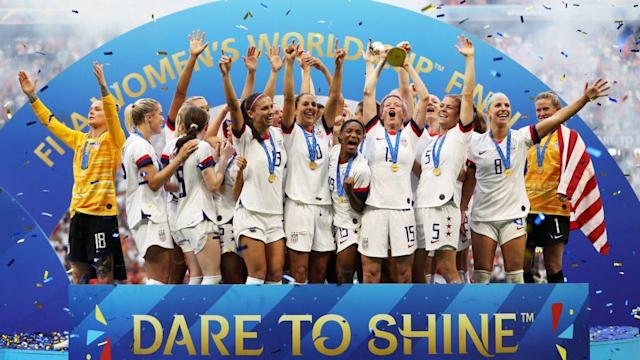 West News Wire: In a historic equal pay victory, women who play soccer for the United States will now be paid the same as males.

U.S. Soccer and the men’s and women’s national team unions announced a new collective bargaining agreement on Wednesday that will result in “equal pay and establish the worldwide norm moving forward in international soccer.”

The two teams will also pool their World Cup prize money, which is unequally distributed by FIFA, the international governing body, and share the money equally, becoming the first soccer federation in the world to do so, according to the agreement.

“This is a truly historic moment,” U.S. Soccer President Cindy Parlow Cone said in a statement. “These agreements have changed the game forever here in the United States and have the potential to change the game around the world.”

“Finally,” Molly Levinson, an adviser to the USWNT players in their fight for equal pay, told reporters about the agreement. “Let this be a resounding call to every league, every sport, every workplace, every workforce, every C-suite, every boardroom.”

The USWNT’s win on equal pay has been years in the making.

In 2016, a group of players filed an Equal Employment Opportunity Commission complaint against the USWNT over inequality in pay and treatment.

The following year, the women’s team reached an agreement with the USSF for the EEOC complaint. The agreement included direct and bonus pay increases and per diems equal to the men’s team, according to ESPNW, as well as improved travel and financial support for pregnant players or players looking to adopt children. While it was an improvement, it was still unequal.

In 2019, the USWNT filed an equal pay lawsuit that blasted soccer’s national governing body for allegedly paying mere “lip service” to gender equality and dishing out markedly more pay to the men’s team.