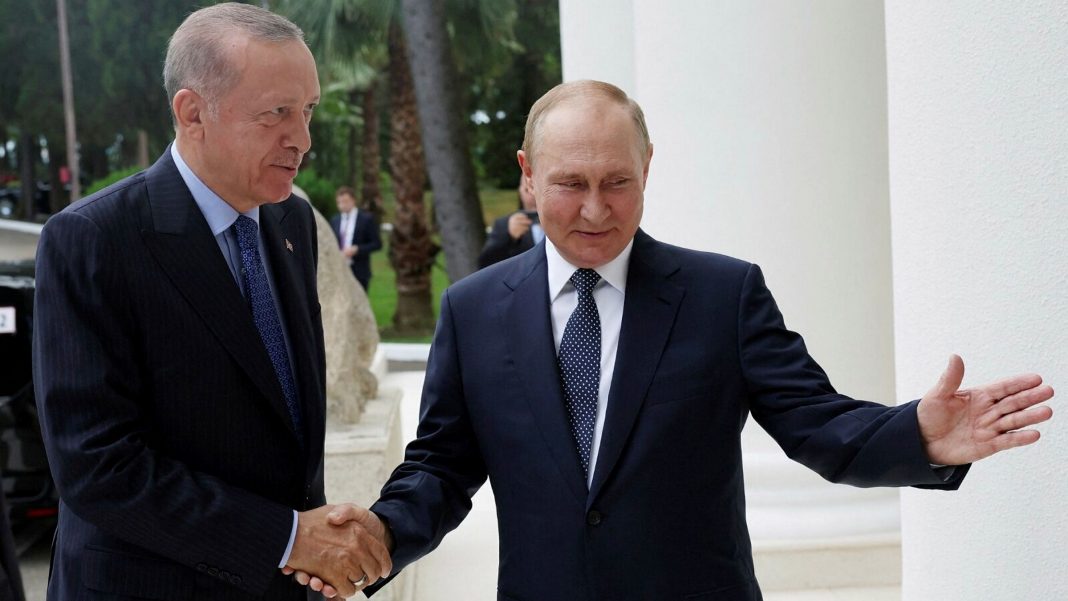 West News Wire: In light of Turkey’s strengthening connections with Russia and as Moscow’s military action in Ukraine approaches its seventh month, the United States has warned Turkey with sanctions.

The US Deputy Treasury Secretary Wally Adeyemo wrote to the Turkish Industry and Business Association (Tusiad), the country’s top business organization, on Tuesday to warn of potential sanctions risks if companies continue doing business with sanctioned Russian entities and persons.

Tusiad stated in its press release that it had also given copies of the letter to the commerce, finance, and foreign ministries of Turkey.

Adeyemo stated in his letter that “Any individuals or businesses giving substantial support to US-designated persons are also at danger of US sanctions,” The Wall Street Journal was the first to publish on the letter’s contents.

Since Russia began an ongoing military operation in neighboring Ukraine on February 24, the US and its European allies imposed rafts of sanctions against Moscow, warning other countries against doing business with Russia’s sanctioned companies and individuals.

Turkey, despite being a member to the US-led NATO, maintains good relations with Russia even after the onset of the operation. This has angered the US, which is becoming growingly alarmed that Moscow and Russian businesses are allegedly using Turkey to evade Western financial and trading restrictions against the Kremlin.

Earlier this month, Turkish President Recep Tayyip Erdogan and his Russian counterpart Vladimir Putin reached an agreement to boost economic cooperation at a summit in the Black Sea resort of Sochi.

According to official figures, the value of Turkish exports to Russia between May and July growing by almost 50 percent from last year’s figure.

Turkey has doubled its imports of Russian oil this year as Russia pivots away from Europe. Ankara and Moscow have also agreed to transition to ruble payments for the natural gas exported by the Kremlin-tied giant Gazprom.

The post-operation developments prompted Adeyemo to pay a rare visit to Ankara and Istanbul in June in a bid to express Washington’s concerns that Russia’s big businesses were allegedly using Turkish entities to avoid Western sanctions against Moscow.

Turkey, which also enjoys strong ties with Ukraine, has tried to maintain a neutral stance throughout the war and has resisted ratcheting up its support for the international sanctions regime against Russia.

Adeyemo’s letter has not received a formal response from Turkish authorities as of yet.

Ibrahim Kalin, Erdogan’s foreign policy advisor, asserted in June that sanctions against Russia would most adversely affect Turkey because of its “economy.”

“We have adopted a clear strategy. The Westerners have already come to terms with this,” Kalin remarked at the time.

Adeyemo reportedly informed Yunus Elitas, Turkey’s deputy finance minister, over the weekend that it was rumored that Russian organizations and people were attempting to utilize Turkey to evade western sanctions against Moscow.