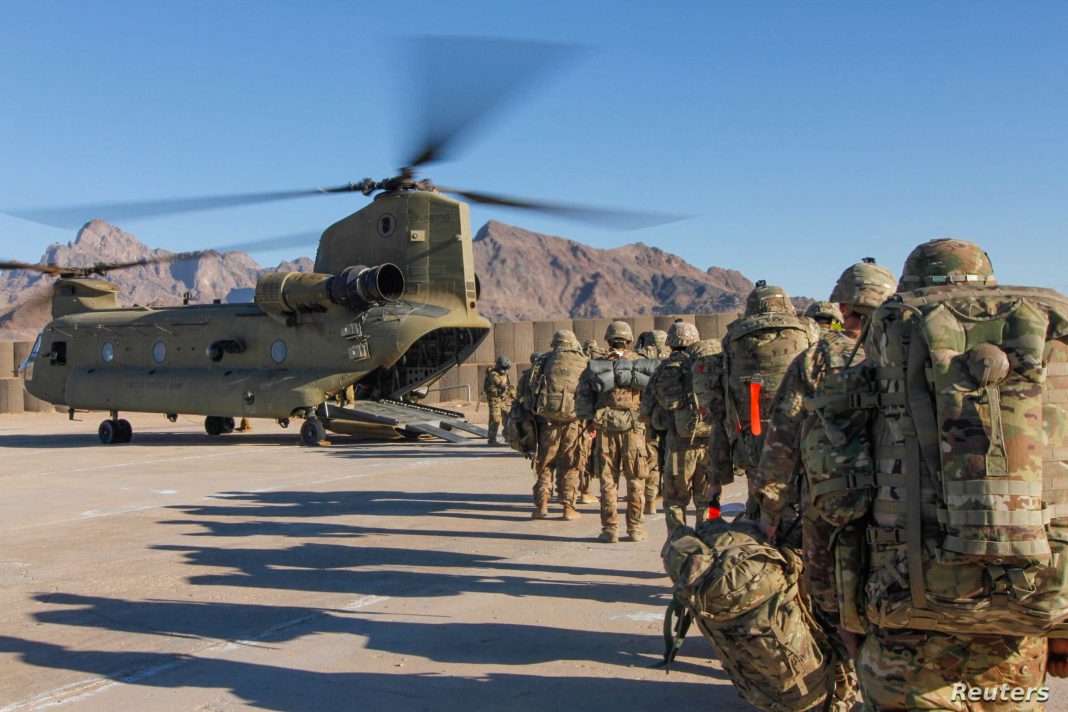 West News Wire: The Pentagon has announced that the US will send 2,000 additional troops to Europe and reposition 1,000 from Germany to Romania to assure the “strong defence” of European NATO allies, despite the continued standoff between Russia and Ukraine.

The force deployment, according to US Department of Defense spokesman John Kirby, will take place in the next days. He explained that it is independent from and in addition to the 8,500 soldiers who were placed on high alert by the Pentagon last week.

However, Kirby emphasized that US military will not be deployed to Ukraine, which is not a NATO member.

“These actions send a clear message to the rest of the world that we are ready to reassure our NATO partners, as well as deter and defend them.”

The White House announced Wednesday that 1,700 soldiers would deploy from Fort Bragg in the US state of North Carolina to Poland and another 300 would be sent from the base to Germany.

The Russian military has been amassing troops near the country’s border with Ukraine, sparking a diplomatic crisis and heightening US and European fears that Moscow may be preparing for an imminent invasion of its neighbor.

Russia has denied it is planning to invade, but has vehemently opposed Ukraine’s efforts to join NATO. Moscow also wants security guarantees that the US-led alliance will stop its expansion into former Soviet republics, but Washington and NATO have rejected the demand as a “non-starter”.

On Wednesday, Kirby confirmed media reports that Washington offered to allow Moscow to confirm there are no Tomahawk cruise missiles at bases in Romania and Poland  on the condition that Russia reciprocates with its own “transparency measures”.

Spanish newspaper El Pais had published US documents outlining the proposals earlier in the day.

Kirby said while the US did not make the documents public, they illustrate that Washington is serious about resolving the crisis diplomatically.

“If Russia actually wants to negotiate a solution as it claims it does, this document certainly makes clear that there is a path forward to do so,” he said.

“It is already clear that fundamental Russian concerns ended up being ignored,” Russian President Vladimir Putin said on Tuesday  his first comments on the ongoing crisis in more than a month.

Putin said the Kremlin was studying a response from the US and NATO but said the replies had been far from adequate. He accused the US of using Ukraine as a “tool” in its efforts to contain Russia, but said it was still possible to find a solution to end the crisis.

“I hope that we will eventually find a solution, although we realize that it’s not going to be easy,” Putin said.

Kirby also told reporters on Wednesday that war can be avoided. “The Department of Defense will continue to support diplomatic efforts led by the White House and the State Department to press for a resolution. We do not believe conflict is inevitable,” he said.

Moscow denounced the US move later on Wednesday, calling it “destructive”.

But US State Department spokesperson Ned Price rejected Moscow’s assertion that Washington is escalating tensions by sending additional troops to Europe, accusing Russia of attempting to turn “reality upside down”.

“These are not permanent moves; they are precisely in response to the current security environment in light of this increasingly threatening behavior by the Russian Federation,” Price told reporters on Wednesday.

US President Joe Biden said the decision was “totally consistent” with what he had told Putin. “As long as he is acting aggressively we’re going to make sure we can reassure our NATO allies and Eastern Europe that we’re there,” Biden told a CNN reporter.

“This is a powerful signal of US commitment, and comes on top of other recent US contributions to our shared security,” Stoltenberg said in a statement on Wednesday.

“I completely support the Biden Administration’s decision to send more US troops to bolster NATO allies in the face of Russian aggression,” Graham wrote on Twitter. “It is imperative that NATO meet the moment and that we stand firmly against Putin’s efforts to divide the alliance.”