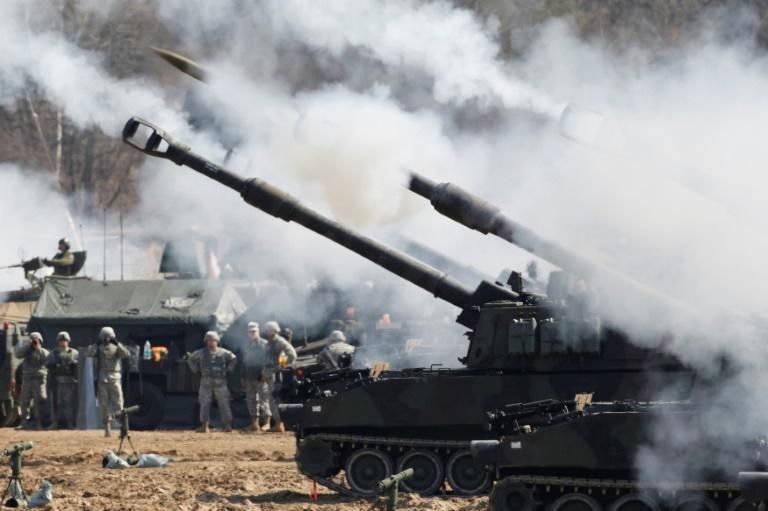 West News Wire: The U.S. State Department approved the potential sale of 40 155mm M109A6 Medium Self-Propelled Howitzer artillery systems to Taiwan in a deal valued at up to $750 million, the Pentagon said on Wednesday.

This comes after arms sales last year that included drones and coastal missile defenses meant to upgrade the island’s capabilities and discourage a Chinese invasion. The Biden administration has approved other direct commercial sales of arms to Taiwan since taking office.

The package would include the howitzers, 1,698 precision guidance kits for munitions, spares, training, ground stations and upgrades for Taiwan’s previous generation of howitzers, the Pentagon said.

Taiwan’s defense ministry expressed “sincere gratitude” to the U.S. government in a statement on Thursday, saying the sales would help its ground forces increase their “capacity for speedy reaction and fire support”.

China’s foreign ministry said it was “firmly opposed” to the sales and had lodged “stern representations” with the United States, according to comments from a spokesperson posted on the ministry’s website.

The sales interfered in China’s domestic affairs, the spokesperson said and warned that China would take countermeasures as the issue develops.

China’s Taiwan Affairs Office reiterated a call for the United States to stop all arms sales to Taiwan so as not to send a wrong signal to Taiwan pro-independence forces.

Like most nations, the United States has no formal diplomatic ties with Taiwan but is required by law to provide the Chinese-claimed island with the means to defend itself and is its most important international backer, to Beijing’s anger.

Read More
Things Muslims should worry about during Hajj

Despite approval by the State Department, the notification does not indicate that a contract has been signed or that negotiations have concluded.

The Pentagon said BAE Systems Plc (BAES.L) was the prime contractor for the weapons.