wnw24
Home Politics US to pay $10m for whereabouts of al-Shabab chiefs, finances 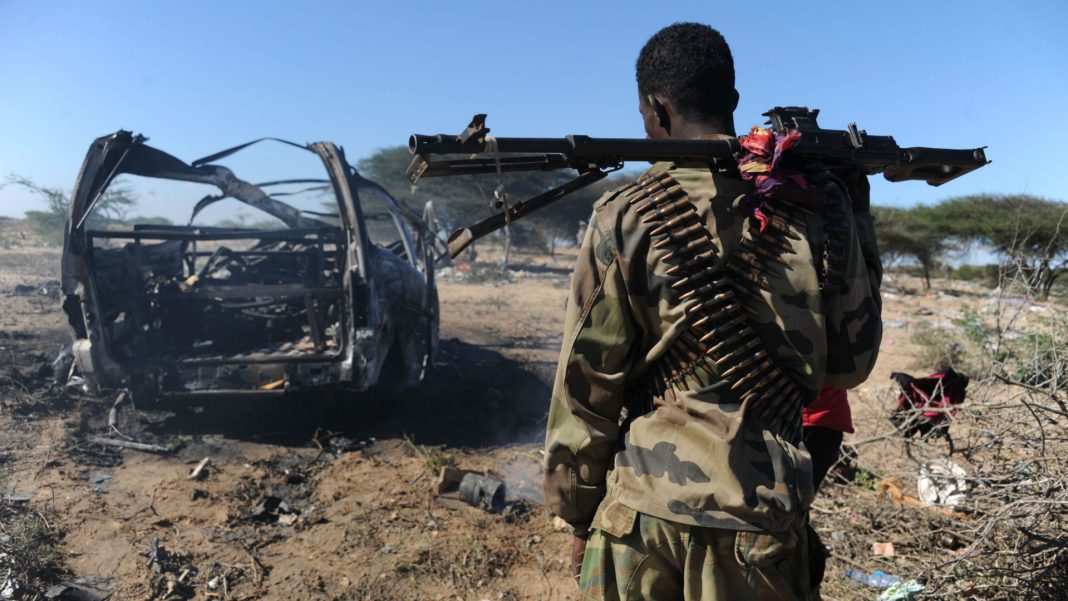 West News Wire: As the al-Qaeda-affiliated militia increases attacks on government forces and civilians in Somalia, the United States is offering up to $10 million for information that may assist disrupt al-financing al-Shabab.

As part of its Rewards for Justice program, the Department of State also disclosed on Monday that it was raising the reward to $10 million for information on key al-Shabab leaders.

The government issued a statement saying that “Al-Shabaab is responsible for multiple terrorist assaults in Somalia, Kenya, and neighboring countries that have killed thousands of people, including US nationals.”

Washington is seeking information on al-Shabab’s “emir”, Ahmed Diriye; his second-in-command, Mahad Karate; and Jehad Mostafa, an American citizen whom the State Department described as a leader of the group’s foreign fighters and media wing and the “highest-ranking terrorist with US citizenship fighting overseas”.

The State Department linked Diriye to a 2020 attack on a military base in Kenya that killed one US soldier and two contractors. The Rewards for Justice programme previously offered up to $6m for information on Diriye, who is also known as Abu Ubaidah.

Al-Shabab has intensified its attacks in Somalia as it has fought with government forces in recent weeks.

The group’s fighters were driven out of the capital, Mogadishu, by African Union peacekeeping forces in 2011, but they still control parts of Somalia’s countryside.

President Hassan Sheikh Mohamud, who assumed office in May, had vowed a “all-out war” against the organization, and in the past three months, government forces and allied militias had made modest military successes against al-Shabab, retaking territory previously controlled by its members.

Al-Shabab responded by taking responsibility for the twin vehicle bombings in Mogadishu on October 29 that killed at least 100 people and were the deadliest explosions in the nation in five years.

In Mogadishu this month, a suicide bombing that the organization claimed responsibility for left at least five people dead and 11 injured.

Last Monday, the US military said that an attack ordered by the Somali government resulted in the deaths of 17 al-Shabab members.