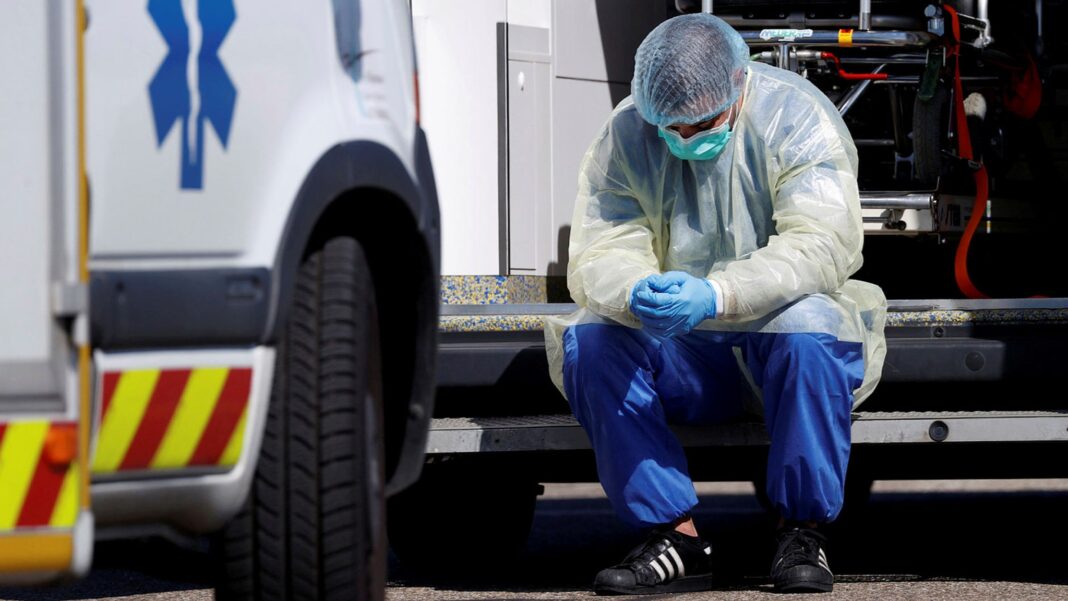 West News Wire: The coronavirus has now killed more than 800,000 people in the U.S., just two years after the first COVID-19 cluster was reported in Wuhan, China, and a year after vaccines were first rolled out.

With surges fueled by more transmissible variants of the coronavirus, the U.S. hit the tragic new record Tuesday, shortly after surpassing 50 million COVID-19 cases — by far the most in the world.

Michael Osterholm, director of the Center for Infectious Disease Research and Policy at the University of Minnesota, has accurately predicted some of the most harrowing effects of the pandemic. But even he’s been surprised by the impact of coronavirus variants.

“I had a sense in early 2020 that this was going to be a prolonged and very damaging pandemic,” he said. “What I didn’t understand at the time, and has surely influenced how I think it’s going to keep going, is the role the variants played. I think the variant issue right now continues to be the 210-mile-an-hour curve ball that we don’t really yet understand completely.”

The U.S. death rate recently worsened: the rolling seven-day average for daily COVID-19 deaths has been above 1,000 since Dec. 3, according to the Centers for Disease Control and Prevention. That’s far higher than June and early July, when for weeks the rolling average for deaths held below 300. That changed in late summer, when the delta variant took hold, driving new infections.

With parts of the U.S. enduring sharp rises in cases and deaths, the worst-hit counties include Maricopa, Ariz., with more than 60,000 new cases and 671 deaths over the past 28 days, according to Johns Hopkins University’s COVID-19 dashboard.

Experts now warn that the more transmissible omicron variant could bring a new spike, just as many Americans have been hoping to enjoy a relatively normal holiday season with friends and family.

So far, reports of vaccines’ effectiveness against omicron is mixed.

“Certainly the data is concerning about the decreased effectiveness of two vaccine doses against omicron,” Chu said, “but booster doses seem to overcome that to a degree. And as with all the other surges, it will be the unvaccinated who will become seriously ill, hospitalized, and fill the hospitals past capacity.”

Osterholm notes health care systems are urging people to get vaccinated, warning that people who need emergency care could find an overloaded system when they rush to hospitals

“In many places right now in these states with these prolonged surges, we are beyond bending. We’re broken, in some of these institutions,” he said.

One scenario, he said, is that the variant could cause less severe illness overall — but still force many patients to go to hospitals at once, because of high transmission rates.

“I think that over the course of the next three to four weeks, we’re going to see a real impact from omicron. The question is what will that impact be? And we just don’t know yet.”

With many people in the the world unable and/or unwilling to be vaccinated, both Chu and Osterholm say more variants will emerge in the future.
Deaths doubled in 2021, despite the arrival of vaccines

Since early 2021, the pandemic’s death toll has doubled. Here’s a recap of the milestones the U.S. has hit this year:

“It’s embarrassing for the country that led on so much of the science around immunology, virology, and vaccinology, to have stumbled in vaccine implementation and rollout to its population,” Chu said. “And it’s just really terrible to think that so many of those deaths were completely preventable.”

The first coronavirus vaccine shot was administered in the U.S. one year ago. As of this week, the CDC says 72% of the U.S. population has had at least one dose of a COVID-19 vaccine, although the amount of people who are fully vaccinated only recently nudged over 60%. Despite the vaccines’ arrival, COVID-19 has killed more Americans in 2021 than it did in 2020.

Among older adults, the median age of COVID-19 deaths has “dropped precipitously,” Osterholm said, especially when vaccination status is taken into account.

“One of the things that I find troubling is the fact that people often write off [the death toll] as just, ‘This is a bunch of old people,’ ” Osterholm said.

“The unvaccinated are becoming more and more of a challenge at much younger ages, and we’re seeing many more 20-, 30-, 40- and 50-year-olds unvaccinated dying from COVID,” he said.

When the pandemic ends, COVID-19 may still be here

As for when the pandemic might end, many epidemiologists say it could require adapting to COVID-19, noting how difficult it will be to eradicate the disease completely.

“I think we are going to have to get to a point of learning how to coexist with this virus,” Chu said.

“There is a very large focus on vaccines, but continued masking and testing needs to be emphasized to prevent community spread,” Chu said. “I would like to see a universal vaccine and mask mandate, and easy and cheap testing to be available. That is what has worked in other countries, and we should be doing that here.”

As for how we might build on the lessons of COVID-19 when another pandemic strikes, the focus should be on minimizing harm, Osterholm says.

“Pandemics are going to happen,” he said. “They’re like tornadoes, hurricanes and earthquakes. What we’re going to need to do is be able to respond to them, so that we minimize the damage. And that’s the key message right now, I think, is what do we do to do that?”

Osterholm points to challenges surrounding vaccines — from how they’re delivered to how they’re accepted by the public.