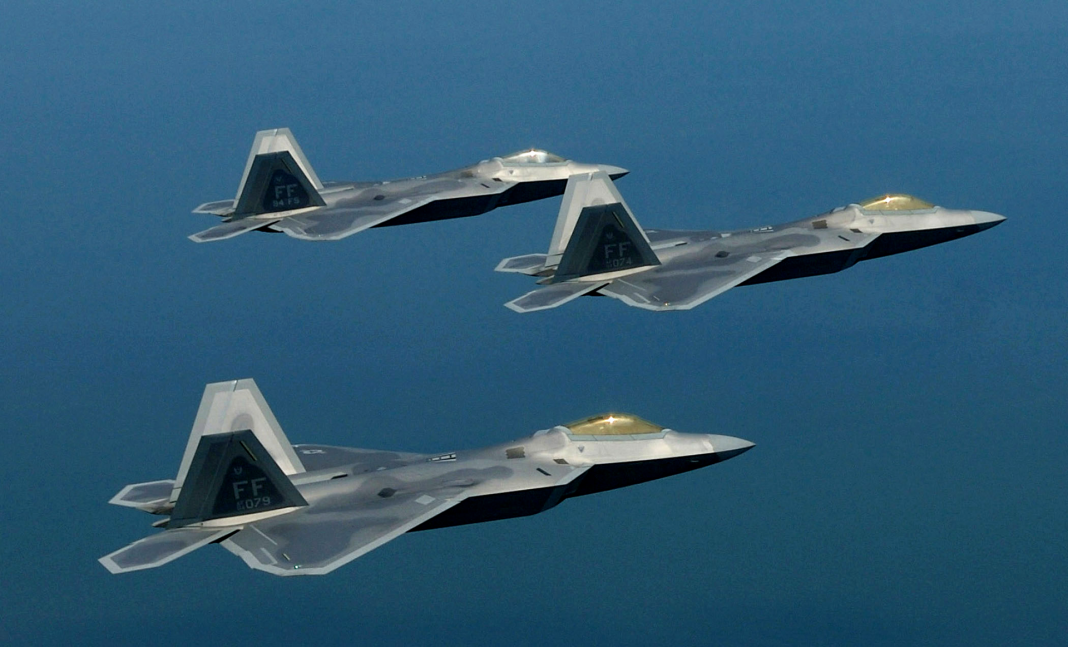 West News Wire: Former President Donald Trump is said to have urged that the US could “flag” F-22 fighter jets with the Chinese flag and “bomb Russia, which is conducting a military campaign in Ukraine.

According to CBS News, Trump made the statements to top Republican National Committee contributors at a gathering in New Orleans on Saturday.

Trump stated that the United States should blame Beijing for the attack and then watch as the two countries fight.

“And then we say, ‘China did it,'” says the author. According to CBS News, Trump muttered something that elicited laughter in the room, according to an unidentified source. “Then they start fighting, and we just sit there and watch.”

Last week, Putin ordered a “special military operation” in Ukraine’s Donbas area to “protect civilians” who have been subjected to “genocide” by government forces, while emphasizing that Moscow has “no aspirations to take Ukrainian land.”

The Russian move was condemned by President Joe Biden as a “unprovoked and unjustifiable strike,” and the American media as Russia’s worst assault on a European state since World War Two.

According to sources, Trump recently said that while in office, he was friends with Russian President Vladimir Putin, but that he warned him with “striking Moscow” if he tried to stir up problems.

Trump continued to boast about Putin deferring Russian action in Ukraine until after he was gone.

“He never did it during my time, John, you know,” Trump said. “We’re all talking about it. He didn’t do this during the last four years because he knew he couldn’t.”

Last week, Trump said American leaders are very “dumb” while Putin is “smart,” doubling down on his praise for the Russian leader last month.

Trump went on to blame the Biden administration for Russia’s decision to launch military actions in Ukraine.

Days later, Trump appeared to shift his tone, calling the conflict in Ukraine “a Holocaust” during a wide-ranging interview with Fox Business and calling on Russia to stop fighting.

He said Russia had “to stop killing these people,” and suggested that a deal could be reached to end the conflict.

Trump also said he believed China would invade Taiwan sooner rather than later.

He said such an invasion would occur on a faster timeline “because they’re seeing how stupid the United States is run.”

“They’re seeing that our leaders are incompetent, and of course they’re going to do this is their time,” he added.