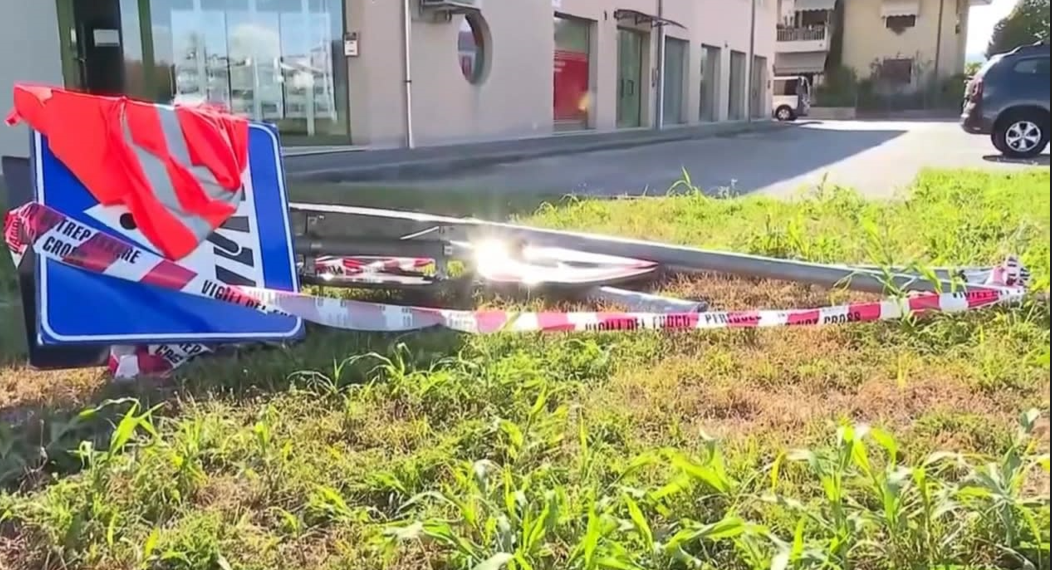 West News Wire: According to Italian media, a U.S. military member was detained in Italy for reportedly running over and murdering a teenage kid with her car while intoxicated.

The deadly incident happened on Sunday about 2:30 a.m. local time in the northern town of Porcia, according to the Italian news agency ANSA.

According to ANSA, Giovanni Zanier, 15, was allegedly hit by a car driven by Julia Bravo, a 20-year-old U.S. Air Force service member.

“Sadness has crushed me. I really regret any harm I have caused anyone “She stated this during a hearing to support her Tuesday arrest.

Bravo, who is stationed at Aviano Air Base, less than 10 miles north of Porcia, was allegedly driving back after a night out when she lost control of her vehicle at a roundabout and hit Zanier, who was walking home with two friends on a cycling path near the road. Zanier died but his friends were not injured, according to ANSA, citing Italian police.

Italian police placed Bravo under house arrest at Aviano Air Base and charged her with vehicular homicide, according to ANSA.

When asked for comment, a spokesperson for the U.S. Air Force told news reporters on Monday: “We can confirm there was a vehicle incident involving an Airman from Aviano Air Base. The Air Force is cooperating with local authorities on the investigation.”

The victim’s mother, Barbara Scandella, addressed the court, asking for Bravo to be tried in Italy and not in the U.S.

“That woman must be tried in Italy and serve her entire sentence here,” Scandella said. “We know all the precedents where American soldiers have been involved in very serious incidents in Italy. The truth is that, in these cases, they do what they want and go unpunished.”

ANSA reported that an Italian judge is expected to decide this week whether the case will be prosecuted in Italy or in the U.S.

Speaking to Italy’s state-owned public broadcaster RAI, Pordenone Prosecutor Raffaele Tito said the Italian Ministry of Justice can ask that Bravo be tried in Italy based on its own decision or a request by the U.S. to do so.

If Italian prosecutors indict Bravo, U.S. authorities could invoke jurisdiction as part of an Italian-U.S. military treaty under NATO auspices. U.S. military officials could take over the prosecution in that case.

“It happened this morning, and it was a private meeting involving Brig Gen Clark, Col Marco Schiattoni from the Italian Air Force (who is the commander of the Pagliano and Gori airport) and the family. Brig Gen Clark was there to personally express condolences to the family for the loss of their son, and to reiterate that the 31st Fighter Wing will continue to work with local law enforcement agencies while the investigation of this incident is ongoing,” Wallace said in a statement.