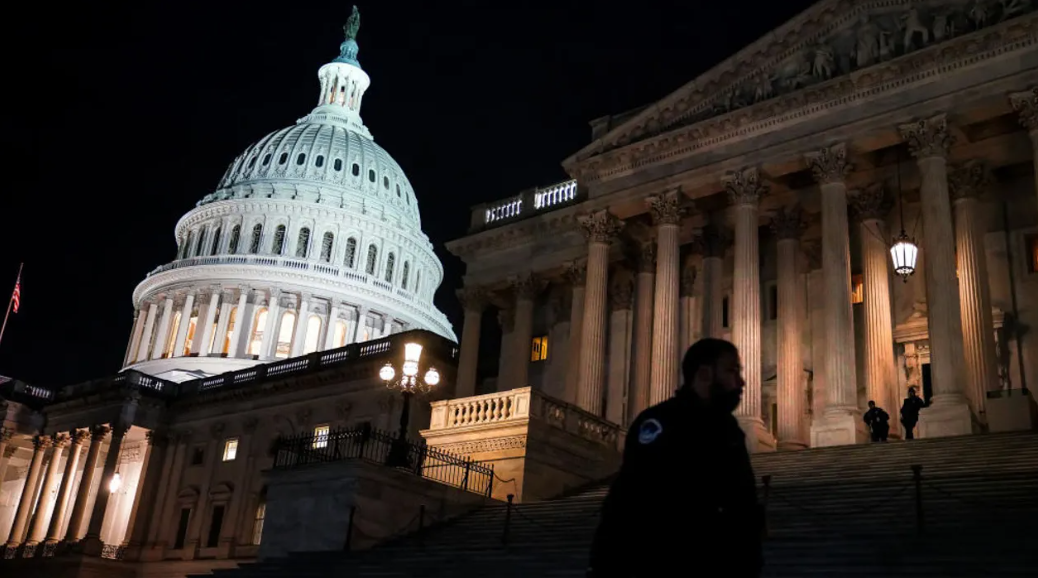 West News Wire: A $1.7 trillion spending bill voted by the US Senate excludes a measure deemed essential for Afghan refugees caught in a legal limbo but includes hundreds of billions for military spending.

Bipartisan support helped the Senate adopt the massive, 4,155-page law on Thursday with a vote of 68 to 29. To prevent a partial government shutdown, the bill that funds the US government until September 30 must now be approved by the House of Representatives on Friday.

The measure allocates $858 billion for military spending, $772.5 billion for different domestic programs, and $45 billion for Ukraine’s next round of economic and military aid.

“This is one of the most significant appropriations packages we have done in a very long time,” Democratic Senate Majority Leader Chuck Schumer said on Thursday. “The range of people it helps is large and deep.”

Immigrant rights and Afghan-US advocacy groups, however, have pointed out the bill fails to include a provision that would have offered a legal pathway for tens of thousands of Afghan refugees who arrived in the US following the collapse of the US-backed government in Afghanistan in August 2021.

Many were brought to the US through a programme known as “humanitarian parole”, which enabled them to quickly enter the country and shielded them from deportation for a two-year period. But that two-year window is set to expire next summer.

A solution was proposed through the bipartisan Afghan Adjustment Act (AAA), which would have offered Afghan refugees a pathway to a more permanent status if they went through additional vetting and met certain requirements.

But while the bill received support across the political spectrum, a number of Republican politicians attacked it on national security grounds, expressing concerns about the thoroughness of the vetting process. The Afghan Adjustment Act was ultimately dropped from the Senate’s spending bill.

“Find me another cause as bipartisan as this,” Arash Azizzada, co-director of the progressive US-based group Afghans For A Better Tomorrow, told news reporters.

“This feels like another betrayal of Afghans by the United States by a small group of Senators who hold deep anti-immigrant views of our community, who now throw 80,000 Afghans in legal limbo, in what is especially a dark week for us. Our community is being left to pick up the pieces yet again.”

Azizzada pointed to the failure of the Afghan Adjustment Act as the latest in a series of bad news for Afghans, following a decision by the Taliban government to ban women from attending university.

Afghan advocacy groups such as the US-based Project ANAR said the perception that migrants and refugees from Afghanistan and Muslim countries represented a security threat was “rooted in racism, not reality”.

In a statement, Project ANAR blamed a “small group of anti-immigrant, anti-Muslim Senators” for blocking the addition of the Afghan Adjustment Act to the omnibus spending bill, which needed several Republican votes to overcome a filibuster.

Republican Senator Chuck Grassley of Iowa was one of the leading voices opposing the act. He blamed Democratic President Joe Biden for failing to properly screen the refugees.

“Congress should not even begin to consider proposals related to sweeping immigration status changes for evacuees, such as an Afghan Adjustment Act, until the Biden administration, at the very least, guarantees the integrity of and fully responds to longstanding congressional oversight requests regarding the vetting and evacuee resettlement process,” Grassley said in a statement.

“Anything less would be irresponsible,” he added.

Yet, immigrant rights advocates say the Biden administration has overwhelmingly rejected Afghans who have applied for humanitarian parole since the fall of the US-backed Afghan government. They accuse the US of employing a racist double standard as it largely approves similar petitions from Ukrainians displaced by the Russian invasion.

Afghan refugees have told news reporters that the uncertainty around their immigration status has become a source of concern as they try to adjust to life in the US. Many have family members back in Afghanistan they hope to bring to the US.

The $45bn of aid budgeted for Ukraine comes after Ukrainian President Volodymyr Zelenskyy arrived in Washington, DC on Wednesday, in his first trip outside his home country since Russia began a full-scale invasion in February.

US aid, according to Zelenskyy, is a “investment in the world security and democracy that we handle in the most responsible way” rather than being a charitable act.

The $858 billion military budget, which is significantly more than the annual military expenditures of rival nations like China and Russia, is also included in the spending measure that was passed on Thursday.

Republican Senate Minority Leader Mitch McConnell declared that “the best military in the world will get the funding increase it needs, exceeding inflation.”

Additionally, the budget plan includes $40 billion for immediate needs in areas hit by natural disasters including wildfires, floods, and drought.