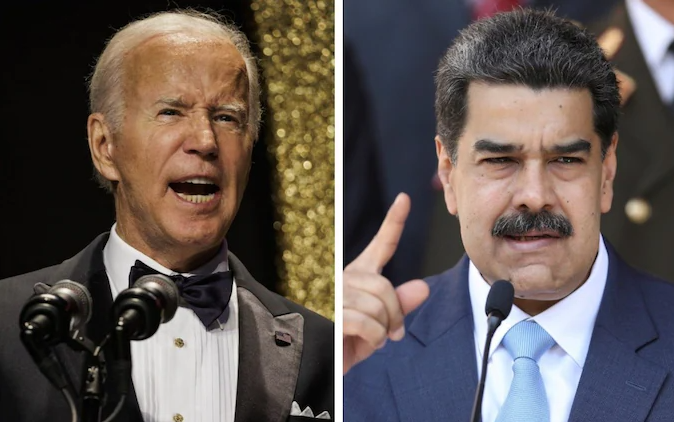 According to US officials, the trade involved five American oil executives.

Two of Mr. Maduro’s wife’s nephews, who were serving 18-year sentences in the US for narcotics offenses, were swapped for the Americans, according to the officials.

Two men jailed in the US “unjustly,” according to Venezuela, have been released.

A group of US individuals were released, it was said, for “humanitarian grounds.”

US sources reported that in addition to US Marine veteran Matthew Heath and another American named Osman Khan, the transaction also involved executives from Venezuela’s US-based oil corporation, Citgo.

The oil executives Tomeu Vadell, Jose Luis Zambrano, Alirio Zambrano, Jorge Toledo and Jose Pereira were jailed five years ago, after being summoned to a meeting in Caracas, where they were charged with terrorism.

President Joe Biden said in a statement that the “wrongfully detained” Americans would soon be reunited with their relatives.

“Today, we celebrate that seven families will be whole once more. To all the families who are still suffering and separated from their loved ones who are wrongfully detained know that we remain dedicated to securing their release,” he added.

Franqui Flores and Efrain Antonio Campo Flores were arrested in Haiti in 2015, then taken to New York where they were convicted of drug charges.

The Venezuelan government said in a statement that the “release of two young Venezuelans unjustly imprisoned in that country has been achieved”.

A US official said the swap happened at an airport in an unspecified third country.

For many years, the US has accused Maduro of leading a left-wing dictatorship.

But the Biden administration has recently sent envoys to reopen dialogue with Venezuela. Critics say the change of policy was triggered by the invasion of Ukraine and the US determination to reduce dependence on Russian oil.