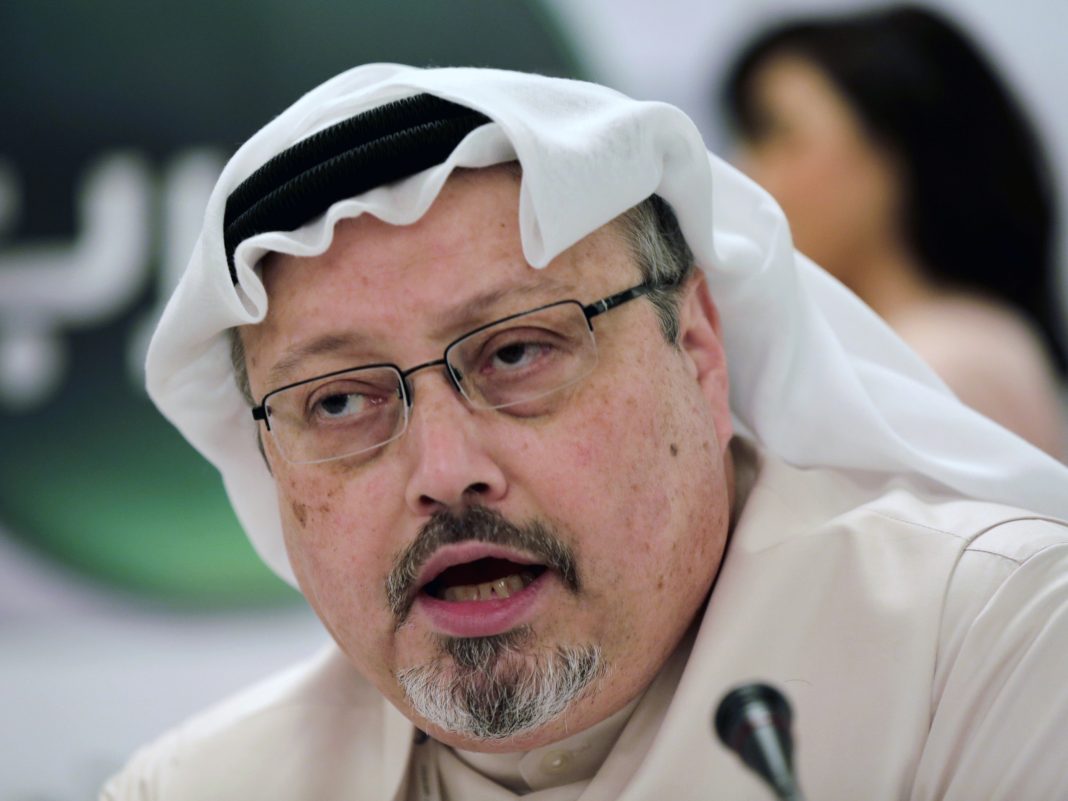 West News Wire: Following Joe Biden’s passionate criticism of Prince Mohammed bin Salman on the campaign trail for the brutal murder of a U.S.-based journalist, the Biden administration announced on Thursday that the Saudi Arabian crown prince should be exempt from legal action for his role in the killing of the journalist.

The administration claimed that the de facto ruler of Saudi Arabia and recently appointed prime minister, the crown prince, should be protected from a lawsuit brought by the fiancée of murdered Washington Post columnist Jamal Khashoggi and by Democracy for the Arab World Now, the rights organization Khashoggi founded.

A judge will eventually determine whether to award immunity; the request is not legally binding. But given that Saudi Arabia has increased imprisonment and other forms of retaliation against peaceful critics at home and abroad as well as cut oil production, a move seen as undermining efforts by the United States and its allies to punish Russia for its war against Ukraine, it is certain to enrage human rights activists and many US lawmakers.

On Thursday, the State Department described the administration’s request for the Saudi crown prince to be exempt from prosecution in American courts in connection with the killing of Jamal Khashoggi as “pure legal determination.”

The State Department highlighted a lengthy precedent, according to it. The State Department stated in its petition late Thursday, it “takes no view on the merits of the present suit and reiterates its unequivocal condemnation of the heinous murder of Jamal Khashoggi.”

Khashoggi was murdered by Saudi officials at the Saudi consulate in Istanbul. Although his remains have never been discovered, it is thought that they dismembered him. The U.S. intelligence community came to the conclusion that Prince Mohammed, the crown prince of Saudi Arabia, had given his approval for the murder of the well-known and respected journalist who had written critically of Prince Mohammed’s harsh tactics for silencing those he considered to be his rivals or detractors.

In a statement released on Thursday, the Biden administration mentioned visa restrictions and other sanctions that had been applied to lower-level Saudi officials in connection with the killing.

The State Department stated that “the United States Government has voiced its grave concerns regarding the involvement of Saudi agents in the murder of Jamal Khashoggi since the first days of this Administration.” It made no mention of the crown prince’s apparent involvement in its statement.

When he ran for president, Biden pledged to make Saudi Arabia’s leaders “pariahs” for killing Khashoggi in 2018.

In a 2019 CNN town hall, Biden stated, “I think it was a flat-out murder.” “And I believe we ought to have identified it as such. At the time, I stated publicly that we should approach it in that manner and that how we handle those that authority should have consequences.

While the United States tries to convince Saudi Arabia to reverse a series of oil production cuts, Biden has worked to reduce tensions with the kingdom in his capacity as president.

Hatice Cengiz, Khashoggi’s fiancée, and DAWN filed a lawsuit in federal court in Washington against the crown prince, his top advisers, and others for their claimed complicity in the killing of Khashoggi. According to Saudi Arabia, the prince played no direct part in the murder.

In a statement, the head of DAWN, Sarah Leah Whitson, used the acronym for the prince and said, “It’s beyond ironic that President Biden has single-handedly assured MBS can escape accountability when it was President Biden who promised the American people he would do everything to hold him accountable.”

Biden in February 2021 had ruled out the U.S. government imposing punishment on Prince Mohammed himself in the killing of Khashoggi, a resident of the Washington area. Biden, speaking after he authorized release of a declassified version of the intelligence community’s findings on Prince Mohammed’s role in the killing, argued at the time there was no precedent for the U.S. to move against the leader of a strategic partner.

In exchange for Saudi Arabia maintaining the stability of the world’s oil markets, the U.S. military has long protected Saudi Arabia from external adversaries.

Whitson said that it was impossible to interpret the Biden administration’s action as anything other than a submission to Saudi pressure methods, which included reducing oil production to force us to acknowledge MBS’s hoax immunity scheme.

A federal judge in Washington had given the U.S. government until midnight on Thursday to provide an opinion on the crown prince’s lawyers’ assertion that Prince Mohammed is legally exempt from prosecution in the case due to his high official position.

Additionally, the Biden administration had the choice to remain neutral.

According to the idea of sovereign immunity, which has its roots in international law, nations and their leaders are shielded from certain legal actions in the domestic courts of other foreign governments.

According to the State Department, upholding the idea of “sovereign immunity” helps to ensure that American leaders don’t have to worry about being hauled into foreign courts to defend themselves against claims from other nations.

Human rights defenders had worried that if the Biden administration endorsed the crown prince’s assertion that his high status insulated him from prosecution, it would encourage Prince Mohammed and other authoritarian leaders to commit additional rights violations.