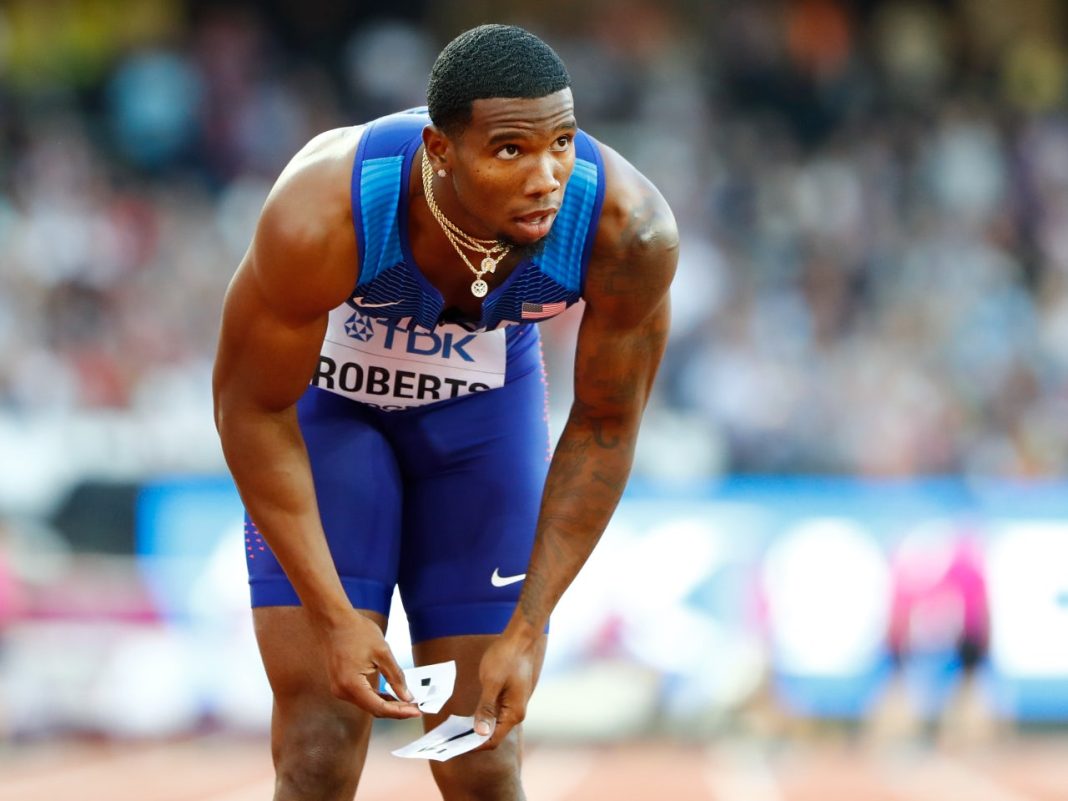 Roberts, 33, tested positive for andarine and ostarine in a urine sample taken outside of competition in May.

The two chemicals fall under the category of “SARMs” (selective androgen receptor modulators), a group of medicinal agents with qualities resembling those of anabolic steroids.

Roberts asserted that the drugs entered his body after he took a dietary supplement whose label did not disclose any banned compounds.

After laboratory testing, USADA agreed with that claim and put the supplement to its “High Risk” list.

It noted, however, that athletes are advised to exercise an “increased level of due diligence” when it comes to dietary supplements.

Roberts was part of the US 4 x 400m relay team which won gold at the 2016 Rio de Janeiro Olympics.

Roberts has been involved in doping-related controversy before, famously escaping punishment for a violation in 2017 when he tested positive for probenecid a diuretic and masking agent.

Roberts argued that the substance entered his body after he “passionately” kissed his girlfriend.

After an arbitrator had ruled in Roberts’ favor, WADA appealed unsuccessfully with the Court of Arbitration for Sport (CAS) for a ban to be imposed.

USADA said at the time that Roberts had “met his burden of proof.”

“It must have been like lightning out of a clear blue sky for him to learn that by kissing his girlfriend this time that he was exposing himself to a prohibited substance,” the organization said.

Roberts’ current ban has been backdated to June 3 the date a provisional suspension was imposed.

Roberts failed to make the US team for the Tokyo Olympics last year, finishing seventh in the 400m national trials, which is the last time he is listed as competing.