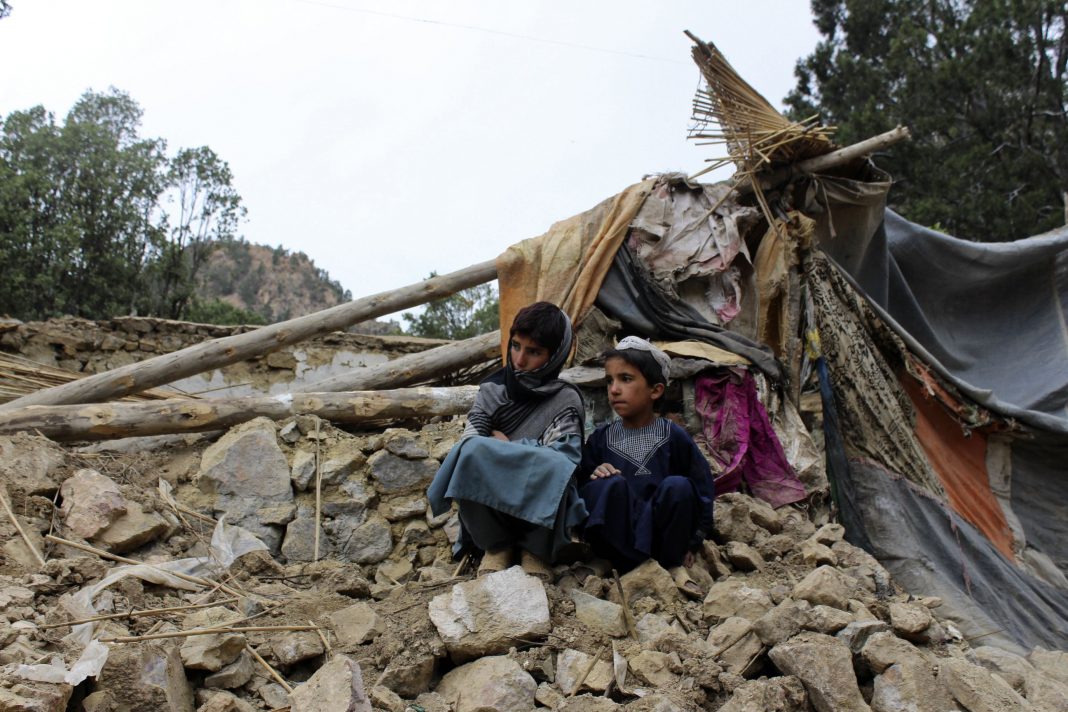 West News Wire: Officials from the Taliban-led government in Afghanistan’s finance and central bank left for Qatar on Wednesday to meet with Americans, according to the Taliban. The meeting is in response to last week’s deadly earthquake, which highlighted how relief and emergency aid initiatives have stalled due to the nation’s worsening economic problems.

According to U.N. statistics, the earthquake in southeast Afghanistan killed about 770 people, but the Taliban estimated that number to be closer to 1,150. Thousands more were injured. According to the U.N., 155 children were among those killed in the country’s poorest earthquake in 20 years.

The provinces of Paktika and Khost saw the destruction or severe damage of several thousand homes. Despite the efforts of U.N. organizations and nations in the region, survivors say they need more help to subsist.

“We ask for assistance because all our houses are destroyed and we cannot live inside them. People need assistance, we don’t have tents or a place to stay,” said a resident of Khost province, Tawar Khan.

Overstretched aid agencies say last week’s earthquake underscored the need for the international community to rethink its financial cut-off of Afghanistan and freezing of the country’s reserves. Nearly half of Afghanistan’s population of 38 million cannot meet their basic food needs. The government is unable to pay public sector wages on time or import what the country needs. Taliban government officials and U.S. officials were slated to meet in Doha, Qatar on Wednesday to discuss Afghanistan’s economy and banking sectors, among other issues, said Taliban Foreign Ministry spokesman Hafiz Zia Ahmad. He said the Afghan delegation, led by Foreign Minister Maulvi Amir Khan Muttaqi, is meeting with the U.S. Special Representative for Afghanistan and officials from the U.S. Treasury Department.

The Washington Post first reported Tuesday that senior Biden administration officials are working with the Taliban leadership on a mechanism to allow Afghanistan’s government to use its central bank reserves to deal with the country’s severe hunger and poverty crises while erecting safeguards to ensure the funds are not misused.

Following the Taliban’s takeover of Afghanistan last summer and the collapse of the U.S. backed government there, some $9.1 billion of Afghan foreign reserves were frozen, with the Biden administration freezing $7 billion of that. The rest is largely held in Germany, the United Arab Emirates and Switzerland, where it also has not been released to Afghanistan’s new rulers.

Afghan central bank official Shah Mehrabi confirmed to The Associated Press that talks have been ongoing for some time to agree on mechanisms to release some of the Afghan foreign reserves to prop up the afghani currency. This, he said, would help stabilize prices and allow the country to import vital goods to stave off hunger and economic collapse.

“The reserves belong to the Afghan people to be used for the purposes of bringing about stable prices,” said Mehrabi, a U.S.-based professor of economics at Montgomery College in Maryland and a member of the Afghan central bank’s Supreme Council. He also chairs its audit committee.

Mehrabi said he’s been involved in the conversations around Afghanistan’s financial reserves, though he’s not part of the Qatar meeting. He has suggested that one way to build trust between the two sides would be for the U.S. Treasury Department to release a limited, monitored amount of $150 million a month to help Afghanistan’s economy and meet the needs of ordinary Afghans. Mehrabi said Afghan central bankers like himself work independently of the Taliban or any Afghan leadership.

“We have to able to look at restoring confidence in the private sector,” he said. “Reserves will play an important role in allowing businesses to pay for critical imports.”

In February, President Joe Biden signed an order to split $7 billion of Afghanistan’s reserves, with half for humanitarian aid for Afghanistan and the other $3.5 billion for Sept. 11 victims’ plaintiff fees. The move was slammed by Afghans who say the money belongs to the people of Afghanistan.

Without access to the country’s foreign reserves, the afghani has plummeted in value and Afghans have struggled to withdraw money from local banks. International sanctions have also choked off international bank transfers into the country with some exceptions for aid agencies. The Taliban has sought ways to collect taxes and other fees to keep the government running.

The U.N. warns that 1.1 million children under the age of 5 will likely face the most severe form of malnutrition this year. Already, increasing numbers of families are reporting multiple children in the same household dying of malnutrition.

So desperate are families that some fathers have sold their minor-aged daughters into marriage, using the down-payment to feed the other children to avoid starvation. Severe drought and climate change have exacerbated the crisis, with around 22.8 million people more than 55% of Afghanistan’s population experiencing high levels of acute food shortages.

Even before the Taliban takeover last year, Afghanistan’s economy had been deeply reliant on foreign aid. The International Committee of the Red Cross is paying the salaries of health care staff and the operational costs of more than 30 hospitals across the country, including one that has treated victims of the earthquake.

The quake struck a remote, deeply impoverished region of small towns and villages tucked among rough mountains near the Pakistani border, collapsing stone and mud-brick homes and in some cases killing entire families. Survivors have had to dig through debris with their bare hands to search for missing loved ones as the ground continues to rumble with more aftershocks.