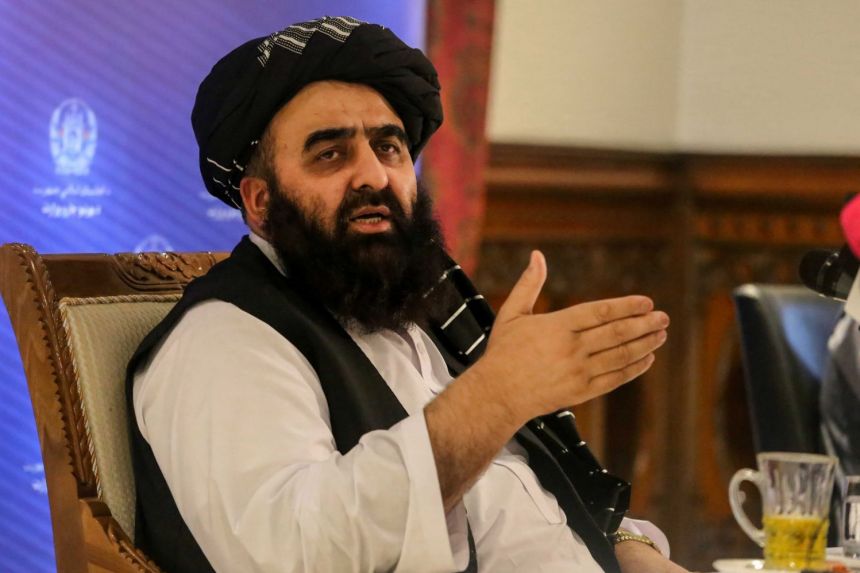 West News Wire: The Taliban and the United States have concluded a prisoner swap, according to Afghanistan’s acting foreign minister, in which a former member of the American navy was exchanged for a significant ally of the Afghan government.

Amir Khan Muttaqi claimed on Monday that Bashir Noorzai, a prominent drug lord and Taliban member who claimed to have spent 17 years and 6 months in US prison before being freed, was traded for Mark Frerichs, who was abducted in 2020.

At the airport in Kabul today, Mark Frerichs was given to the US while Haji Bashir was given to us, Muttaqi informed reporters there. He added that Frerichs was transferred to a US delegation and that the exchange took place “after protracted talks.”

Frerichs was working in Afghanistan as a civil engineer on construction projects when he was kidnapped, the US State Department said.

He was last seen in a video earlier this year, pleading for his release so that he could reunite with his family, according to a recording posted by The New Yorker magazine at the time. In the video, Frerichs says it was filmed last November.

The US has confirmed Frerichs’s release, a senior Biden administration official said on Monday.

He appears to be in stable condition after his release, the official said.

President Joe Biden said he spoke to the engineer’s family and that he wants him to have a safe return to the US.

“Our priority now is to make sure Mark receives a healthy and safe return and is given the space and time he needs to transition back into society,” Biden said.

“We have much more work to do in many other cases, but Mark’s release demonstrates our enduring commitment.”

Biden granted clemency to Noorzai after he spent 17 years in the US government custody, the Biden administration official said.

Muttaqi had told reporters that Noorzai was held at the infamous US military prison at Guantanamo Bay, but a senior Biden administration official sharply rebutted the suggestion.

US authorities determined that the release of Noorzai would not pose an increased risk to Americans or alter the nature of the drug trade, the official told reporters.

Afghan government spokesman Zabihullah Mujahid told the AFP news agency Noorzai held no official position in the Taliban but “provided strong support including weapons” as the movement emerged in the 1990s.

Noorzai, in a brief address alongside Muttaqi and the Taliban’s acting deputy prime ministers, said he was “proud to be in the capital of my country among my brothers”.

Noorzai’s lawyer had denied his client was a drug dealer and argued the charges should be dismissed because US government officials duped him into believing he would not be arrested.

Noorzai is the second Afghan inmate released by the US in recent months. In June, Assadullah Haroon was released after 15 years of detention in Guantanamo Bay prison.

Haroon was accused of links to al-Qaeda but languished without charge for years at the US detention centre in Cuba after his arrest in 2006 while working as a honey trader.

He was not released under the terms of a deal with the Taliban.

Since the Taliban seized power last year, the US has avoided them while freezing about $9 billion in assets belonging to the Afghan state bank.

In an important development, the US said earlier this month that it will transfer $3.5 billion of the assets into a new trust fund established in Switzerland that would be used “for the benefit of the people of Afghanistan.”

The new Afghan Fund, which is protected from the Taliban by an international board of trustees, may finance the printing of new currency as well as essential imports like power and debt payments to international financial institutions.

The US move to put Afghan central bank deposits into a Swiss trust was denounced by the Taliban as being against international conventions.