wnw24
Home Politics US military base in Dayr al-Zawr, Syria bombed with rockets 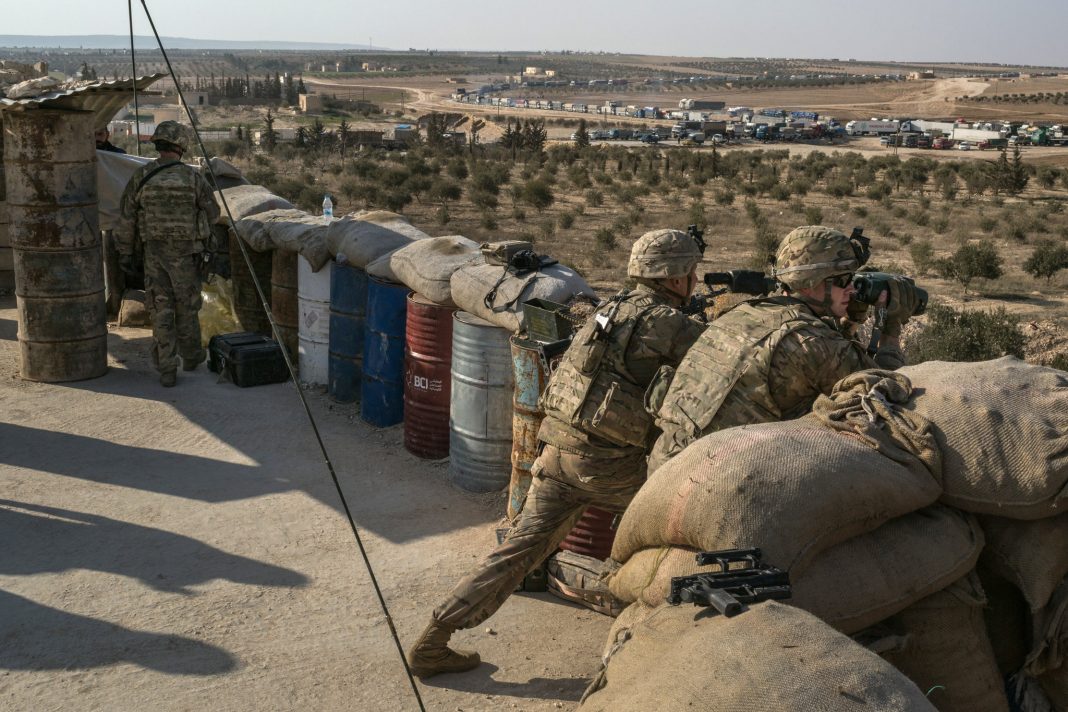 West News Wire: For the second time in a short period of time, rockets fired from neighboring locations struck a military complex holding US personnel in Dayr al-Zawr, a governorate in eastern Syria.

Under the condition of anonymity, local sources told Syria’s official news agency SANA that several rockets were fired on Thursday afternoon against the base within the Conoco gas field.

According to the sources, it was not immediately known if any injuries were caused by the projectiles or from where they were launched.

The development occurred shortly after a missile attack on the same Syrian oil field that the US had controlled left at least three American military members injured.

A plume of smoke was seen rising out of the area following the strike, SANA said.

American warplanes carried out a fresh airstrike in Dayr al-Zawr in the early hours of Wednesday.

The US military’s Central Command, which oversees the American forces in the West Asia region, said in a statement that the aerial assault had been aimed at “protecting US forces from attacks.” It said the strike had targeted military infrastructure facilities run by Syrian government forces and their allies.

Reporting earlier in the day, The Washington Post cited the US military as claiming that it had “targeted infrastructure used by groups with ties to Iran’s” Islamic Revolution Guards Corps (IRGC).

Iran’s Foreign Ministry spokesman Nasser Kan’ani dismissed the claim, describing the strike as a “terrorist” act against the people of Syria and the popular anti-terror groups in the country, and denying any link between the groups and Iran.

The US military claimed that the bombings were in retaliation for an attack on August 15 that involved armed drones attacking the area around the al-Tanf camp in southeast Syria, close to the borders with Jordan and Iraq, where a sizable contingent of US-led occupation forces was stationed.

The Pentagon claims that the US military has deployed troops and equipment to northeastern Syria in order to prevent Daesh militants from seizing control of the region’s oilfields.

Damascus, meanwhile, continues to insist that the deployment is intended to pillage the nation’s abundant mineral wealth.

Donald Trump, a former US president, acknowledged that American military were in the Arab nation for its oil on multiple occasions.