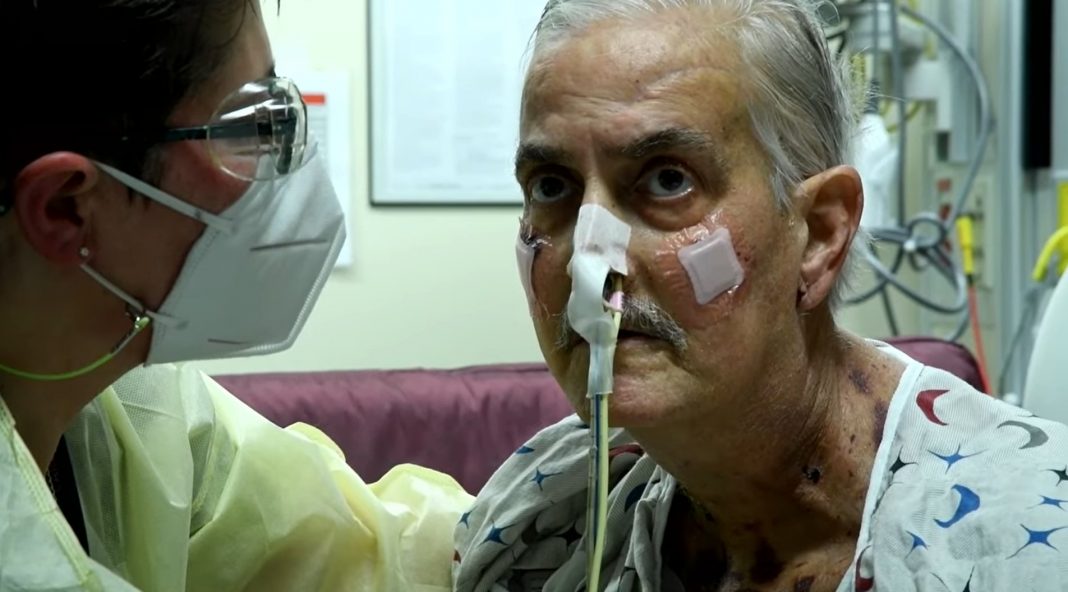 West News Wire: According to the hospital that performed the surgery, David Bennett, the first human to receive a heart transplant from a pig, died two months after the pioneering procedure.

Bennett, 57, died on Tuesday in a Maryland hospital, with physicians unable to provide an exact cause of death.

Bennett’s condition began to deteriorate several days ago, according to the hospital, which added that as it became evident that he would not recover, Bennett was given “compassionate palliative care.”

“We are heartbroken by Mr Bennett’s death. In a statement, Dr. Bartley Griffith, who performed the surgery at the Baltimore hospital, stated, “He proved to be a brave and valiant patient who fought all the way to the end.”

Doctors for decades have sought to one day use animal organs for life-saving transplants. Bennett, a handyman from Hagerstown, Maryland, was a candidate for this newest attempt only because he otherwise faced certain death  ineligible for a human heart transplant, bedridden and on life support, and out of other options.

Prior attempts at such transplants or xenotransplantation have failed largely because patients’ bodies rapidly rejected the animal organ. This time, the Maryland surgeons used a heart from a gene-edited pig. Scientists had modified the animal to remove pig genes that trigger the hyper-fast rejection and add human genes to help the body accept the organ.

Bennett’s son praised the hospital for offering the last-ditch experiment, saying the family hoped it would help further efforts to end the organ shortage.

“We are grateful for every innovative moment, every crazy dream, every sleepless night that went into this historic effort,” David Bennett Jr said in a statement released by the University of Maryland School of Medicine. “We hope this story can be the beginning of hope and not the end.”

After the January 7 operation, the pig heart was functioning, and the Maryland hospital issued periodic updates that Bennett seemed to be slowly recovering. Last month, the hospital released video of him watching the Super Bowl from his hospital bed while working with his physical therapist.

Bennett survived significantly longer with the gene-edited pig heart than in one of the last milestones in xenotransplantation when Baby Fae, a dying California infant, lived 21 days with a baboon’s heart in 1984.

The need for another source of organs is huge. More than 41,000 transplants were performed in the US last year, a record including about 3,800 heart transplants. But more than 106,000 people remain on the national waiting list, thousands die every year before getting an organ and thousands more never even get added to the list, considered too much of a long shot.

But from Bennett’s experience, “we have gained invaluable insights learning that the genetically modified pig heart can function well within the human body while the immune system is adequately suppressed,” said Dr Muhammad Mohiuddin, scientific director of the Maryland university’s animal-to-human transplant programme.

Pigs have long been used in human medicine, including pigskin grafts and implantation of pig heart valves. But transplanting entire organs is much more complex than using highly processed tissue. The gene-edited pigs used in these experiments were provided by Revivicor, a subsidiary of United Therapeutics, one of several biotech companies in the running to develop suitable pig organs for potential human transplant.