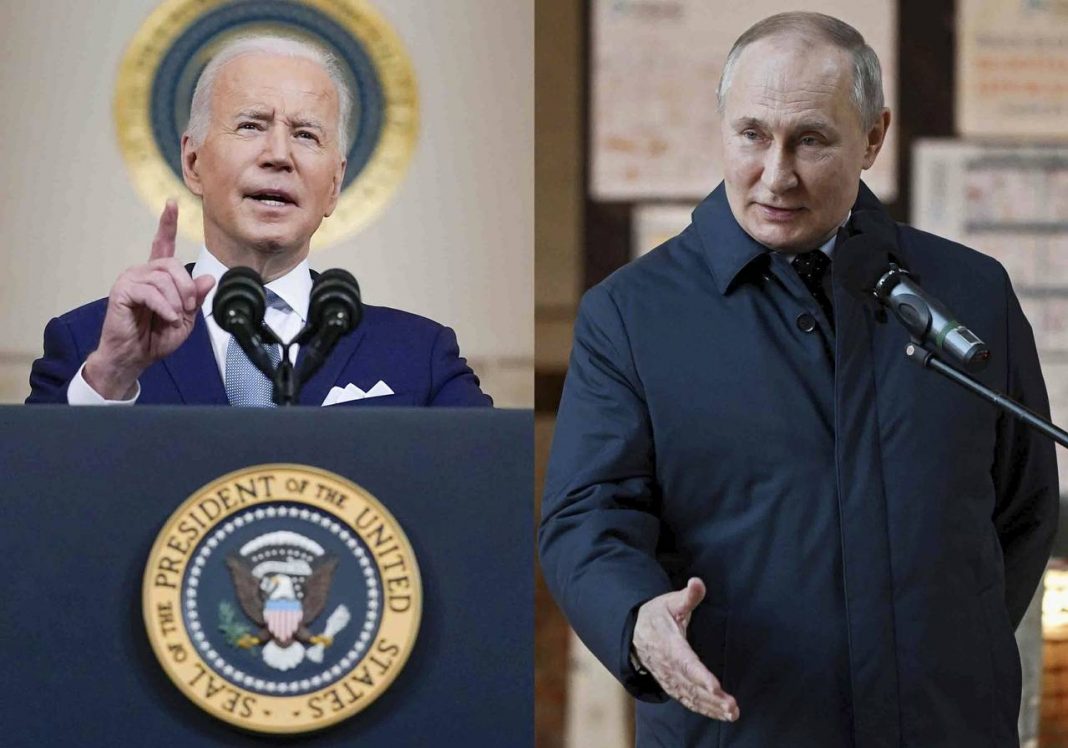 West News Wire: As retaliation for Russia’s invasion of Ukraine, President Joe Biden said on Friday that the US will drastically lower its trade status with Russia, as well as restrict imports of Russian seafood, vodka, and diamonds.

The European Union and the Group of Seven countries are working together to implement the wide trade change, which would result in Russia losing its “most favored nation” status.

“The free world is uniting to face Putin,” Biden declared from the White House’s Roosevelt Room. He also stated that countries are adding fresh names to a list of Russian oligarchs facing sanctions, and that the United States is restricting the supply of high-end American goods such as watches, vehicles, and apparel.

He remarked, “We’re barring the export of expensive products to Russia.”

Biden said there would be further retaliation if Ukraine is targeted with chemical weapons, a possibility that administration officials have warned about in recent days.

“Russia would pay a severe price if they used chemical weapons,” he said.

Stripping most favored nation status from Russia would allow the U.S. and allies to impose higher tariffs on some Russian imports, increasing the isolation of the Russian economy.

Biden’s changes on Russia’s trade status come as bipartisan pressure has been building in Washington to revoke what is formally known as “permanent normal trade relations” with Russia. Ukrainian President Volodymyr Zelenskyy pressed the U.S. and allies to take the action against Russia in remarks to Congress over the weekend. It follows days after the Biden moved to ban imports of Russian oil and gas products.

On Monday, Democrats on the powerful House Ways & Means Committee posted, then removed, an announcement on a bipartisan bill to ban Russian oil imports and slap further trade sanctions on the country, according to an aide, because of pushback from the White House against acting before Biden had coordinated with allies and reached a decision on both matters. The House voted Wednesday on a narrower bill to ban Russian energy imports after Biden instituted the ban by executive order.