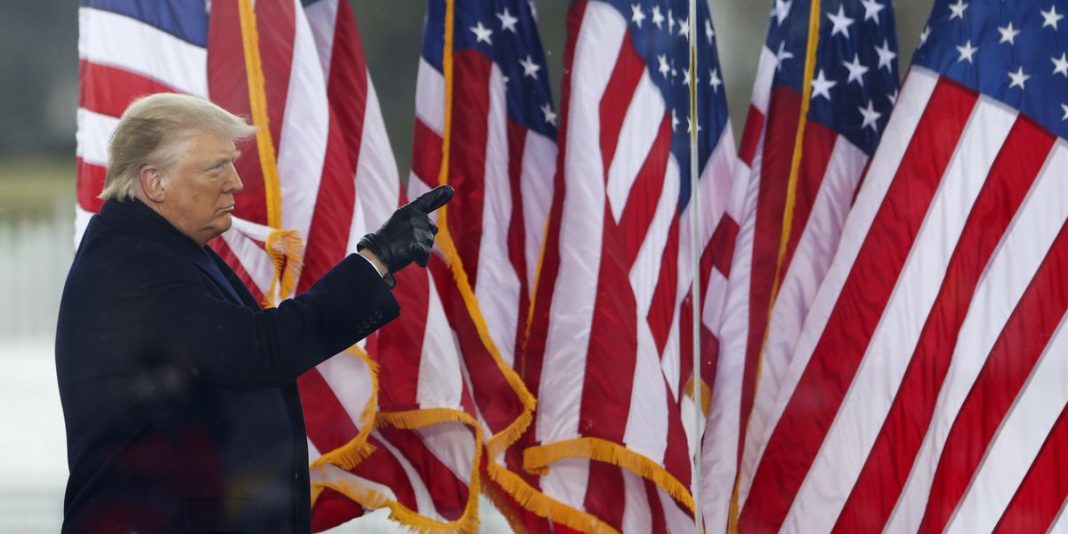 West News Wire: Donald Trump should be charged with multiple offenses, including insurrection, according to a report released by lawmakers looking into the attack on the US Capitol last year. This recommendation raises the stakes in a separate criminal investigation that could result in the former president’s imprisonment.

After an 18-month investigation into January 6, 2021, storming of Congress, the House of Representatives Select Committee asked for the indictment, along with accusations of obstructing an official proceeding and conspiracy to defraud the United States.

In a failed attempt to stop President Joe Biden from taking office, a mob incited by Donald Trump’s bogus claims of a stolen election and led by the losing president to march on Congress killed at least five people.

The bipartisan committee voted unanimously to refer the charges to the Justice Department after opening remarks by vice-chair Liz Cheney in which she accused Trump of “a clear dereliction of duty” in failing to immediately attempt to stop the riot and called him “unfit for any office.”

“No man who would behave that way at that moment in time can ever serve in any position of authority in our nation again,” she said.

The referrals are seen as largely symbolic, as the panel has no control over charging decisions, which rest with the Justice Department.

Jack Smith, a largely independent special prosecutor appointed by Attorney General Merrick Garland, is leading his own investigation into Trump related to the 2020 election.

In a statement, Trump claimed that any prosecution would be “a politicized attempt to sideline me” and that the investigation’s goal was to “prevent me from running for president because they know I’ll win.”

Nevertheless, the parliamentarians’ action is historic because neither Congress nor a president have ever had a criminal case referred against them. This will increase calls for Trump’s prosecution among his detractors.

It is also a major blow to Trump amid a series of missteps in the weeks since he announced a comeback bid for the White House including the Republicans’ poor midterm election showing in states where the tycoon endorsed candidates.

Charges could result in a ban from public office for the 76-year-old Republican, who still wields considerable power in the Republican Party, and even prison time.

“To cast a vote in the United States is an act of faith and hope,” committee chairman Bennie Thompson said.

“That faith in our system is the foundation of American democracy. If the faith is broken, so is our democracy. Donald Trump broke that faith.”

The seven Democratic and two Republican panel members are winding down their work before the end of the year, and have compiled their findings into an eight-chapter report set to be released on Wednesday.

The committee’s case is that Trump “oversaw and coordinated a sophisticated seven-part plan to overturn the presidential election and prevent the transfer of presidential power.”

According to investigators, Trump’s campaign, which he knew was spreading false claims about widespread election fraud, served as the catalyst for the scheme.

He is charged with attempting to influence the Justice Department and persuading his vice president Mike Pence, state election officials, and legislators to annul the election by breaking the law and the Constitution.

Trump is also charged with calling together the mob in Washington, leading it toward the Capitol, and doing so while being aware that it was armed with assault rifles, handguns, and a variety of other weapons.

Legislators claim that for hours, he disregarded his team’s pleadings for him to intervene to stop the violence.

Democratic panel member Zoe Lofgren said Trump’s false fraud claims  far from being spontaneous were part of a deliberate attempt to sow distrust in democracy that began long before the insurrection.

Lofgren repeated the panel’s suggestion that Trump allies had engaged in witness tampering, alleging that someone linked to the former president had offered potential employment to a witness prior to their testimony.

Lofgren said a witness was also told by a lawyer linked to Trump that she could pretend to not remember facts as she was giving evidence.

Lofgren also returned to an accusation previously leveled by the panel that Trump had “raised hundreds of millions of dollars with false representations made to his online donors.”